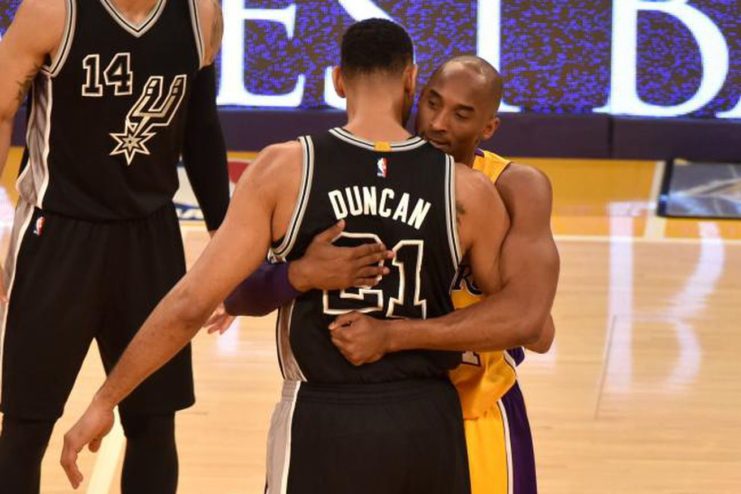 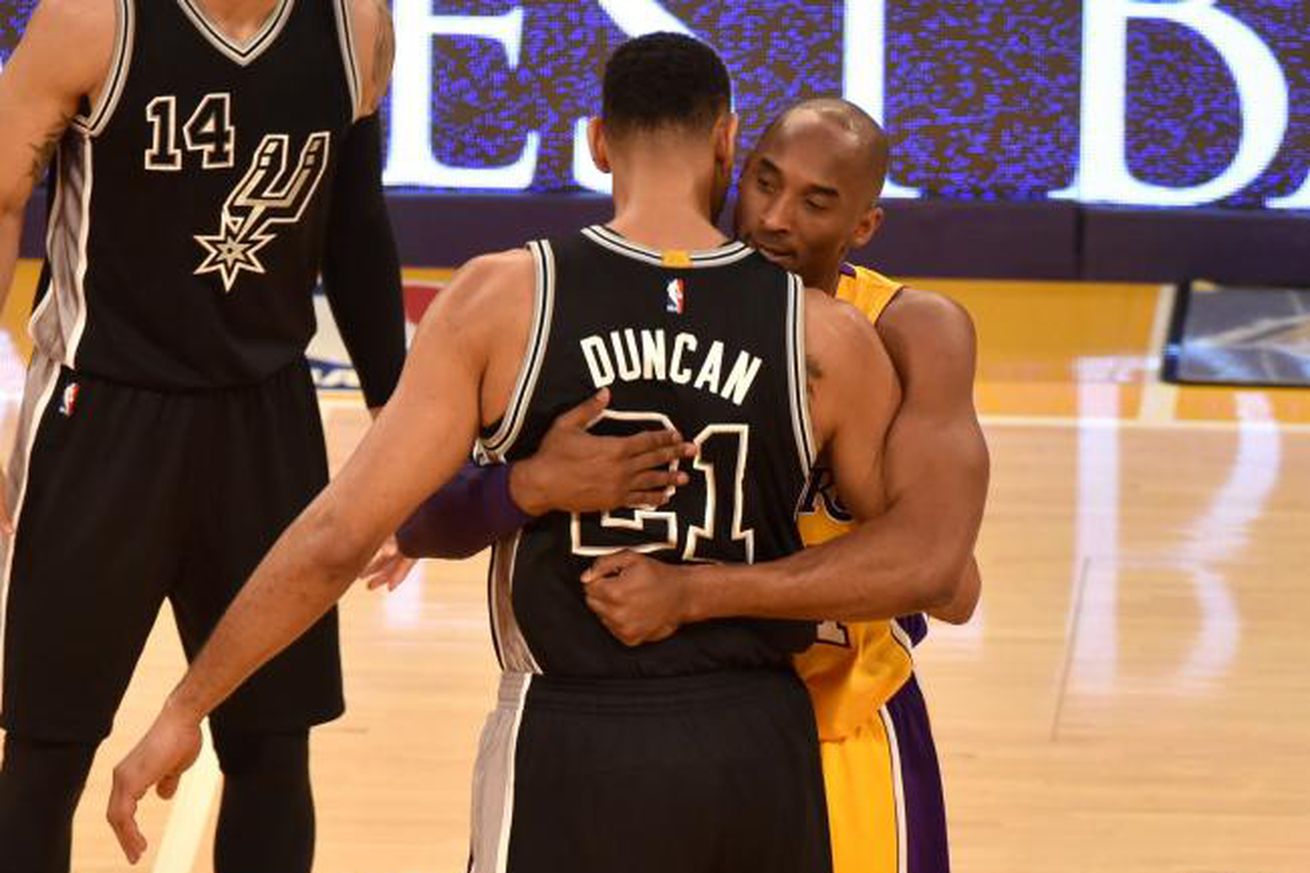 The two dynasties of the 2000’s have been far apart for a while now.

You know how some people start a story with “Back in my day…”? Today, I am that person.

Back in my day, the Spurs/Lakers rivalry was one of the best in sports. Both teams had Hall of Fame coaches, and as a bonus, those coaches didn’t seem to like each other very much.

Back in my day, each team had some of the top players in the sport. Indeed, all-time greats matched up against each other whenever the teams played each other. The Great Tim Duncan vs. Shaq was always a great match-up, as was Duncan vs. Pau Gasol. The Spurs had all-world defender Bruce Bowen cover Kobe Bryant, with Manu Ginobili in his prime coming off the bench. And, or course, Tony would dominate Fisher – though the DFish 0.4 playoff game-winner probably beats any individual play that Parker can point to.

In twelve straight seasons, beginning in 1999, either the Spurs or the Lakers represented the Western Conference in the NBA Finals eleven times, only interrupted by the Dallas Mavericks in 2006. And the Spurs should have beaten the Mavs that year too, absent an ill-timed Manu foul on Dirk Nowitzki. But while twelve of twelve would have been great, eleven of twelve seasons winning the West is nonetheless remarkable.

But after the 2nd seed Spurs swept the 7th seed Lakers in the first round of the playoffs in 2013, the Lakers went off a cliff. Over the next six seasons, the Lakers finished in 14th, 14th, 15th, 14th, 11th and 10th place in the West. I knew the Lakers had put together a string of bad seasons, but looking back at that string of disastrous years is stunning. Put simply, the Lakers stunk — while the Spurs continued to excel, going 2nd, 1st, 6th, 2nd, 2nd, 7th and 7th. The first five of those years saw another Spurs’ championship and strong contender status each year until the last two.

The lack of a present rivalry grew out of the Lakers’ ineptitude for a lengthy period of time. Put simply, the Lakers were no longer a worthy rival, and thus killed the rivalry. And while the Lakers are back in the driver’s seat this season, the allure of a Lakers — Spurs game has died.

Living in Los Angeles, I get the Los Angeles Times every morning, which led to this post. Monday morning’s daily Lakers article barely mentioned last night’s Lakers — Spurs game. Instead, the article talked about the Lakers’ next game — when the Lakers return to Anthony Davis’ old stomping grounds in New Orleans. Back in my day, yesterday’s LA Times article would not have focused on any game except the Lakers — Spurs game happening that evening.

As a result, Monday night’s matchup game didn’t feel like a “rivalry game”, either before, during or after. Instead, it was just another game between two proud franchises, one back on top, the other scuffling along trying to find its way. As the late great B.B. King would describe the late great Spurs — Lakers rivalry: “The Thrill is Gone.”

I guess that also means it is no longer my day.