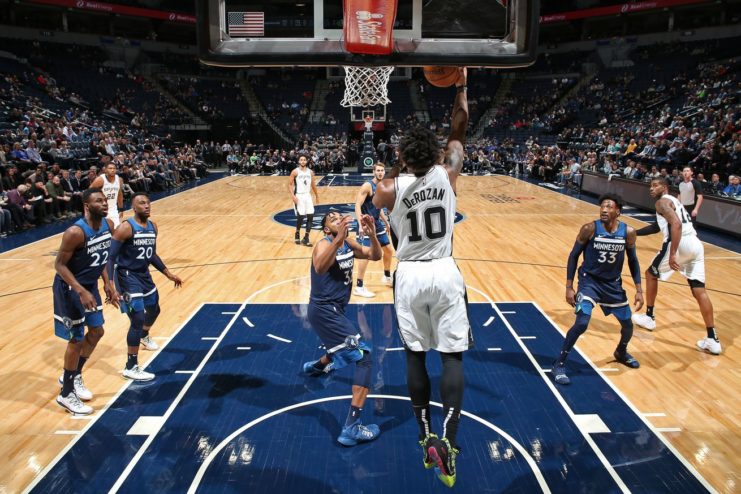 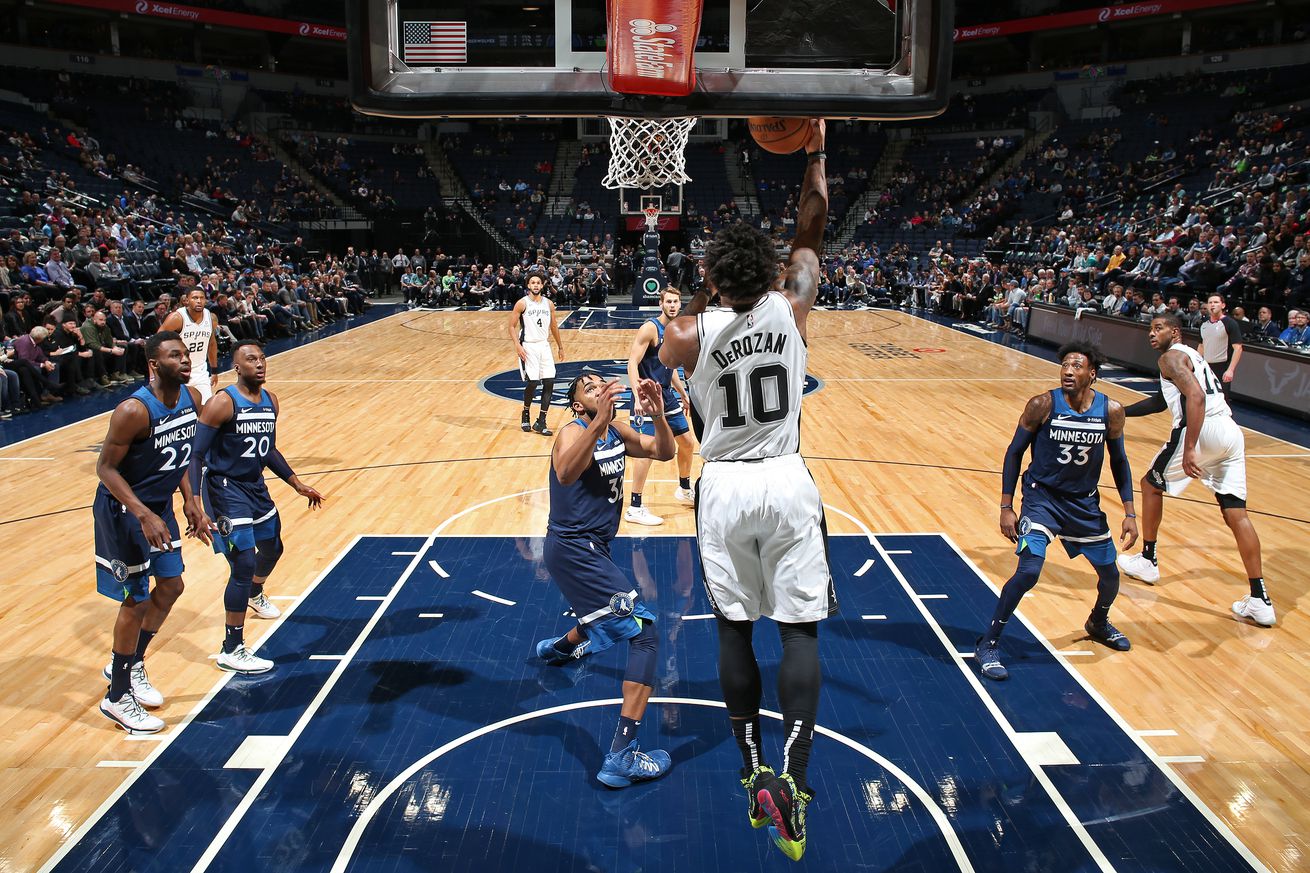 The Spurs look to beat another losing streak to the punch, and get a bit of revenge in the process.

The San Antonio Spurs play host to an inconsistent Minnesota Timberwolves squad tonight, as they look to get back into the win column once again. Coming off of a speed bump against a surging Lakers team, San Antonio has a real chance to find themselves back in the winner’s circle if they can maintain the same level of intensity they displayed against Los Angeles.

Unfortunately, there’s no guarantee that that will be the case for a Spurs squad that’s been just as (if not a bit more) inconsistent than the incoming T-Wolves. Additionally, Karl-Anthony Towns and his merry band of rouges have already taken one off of the Silver and Black this season, in a match-up in which Spurs big man Jakob Poeltl was limited to only twelve minutes of play despite Trey Lyles providing a grand total of zero points in twenty-two minutes of abuse at the hands of Towns and Robert Covington.

Fortunately some changes have been made to the starting lineup since then, and it will be interesting to see how Minnesota’s bigs respond to San Antonio’s reworked front-court assignments. After watching the pairing of LaMarcus Aldridge and Poeltl contain Anthony Davis for the better part of four quarters, it wouldn’t be unreasonable to think that they might be able to stymie the similarly exceptional Towns.

Unlike San Antonio, the Timberwolves have had some luck closing out tight games this year, and if not for a couple of bad breaks the Spurs might well be sitting at .500 or slightly better, so don’t over-estimate the opposition in this match-up. Aside from the win column, these two teams aren’t as far apart in skill level as that record might make them appear.

The Timberwolves enter this game as an objectively middling team offensively (7th in points per game, but 20th in offensive rating) and defensively (14th in defensive rating), but they have an much bigger turnover problem (20th in total turnovers given up, 16th in turnover percentage) than the Spurs, who in spite of some early game-to-game inconsistencies are still one of the better teams in the league at limiting turnovers (6th least turnovers given up, 8th in turnover percentage), and who have still have the offense to take advantage of this imbalance (6th best offensive rating, 3rd best FG%).

What to watch for

Coming off a tough (and largely competitive) loss against a formidable foe, and back in their own building for a match-up with a team that slapped them around earlier in the season, the Spurs should be highly motivated and hungry for a win. There’s still a sense that this team can do better than they have, and you could see that sense of pride on display right up until LeBron James decided to make use of his power-up bonus in the final quarter. A loss here could also serve as a massive step-back after the flashes of confidence that have started to appear, so this game is a lot more important than it looks. Here’s to looking for progress in an off-kilter year, and if not . . . well, here’s to the bottom of the glass!