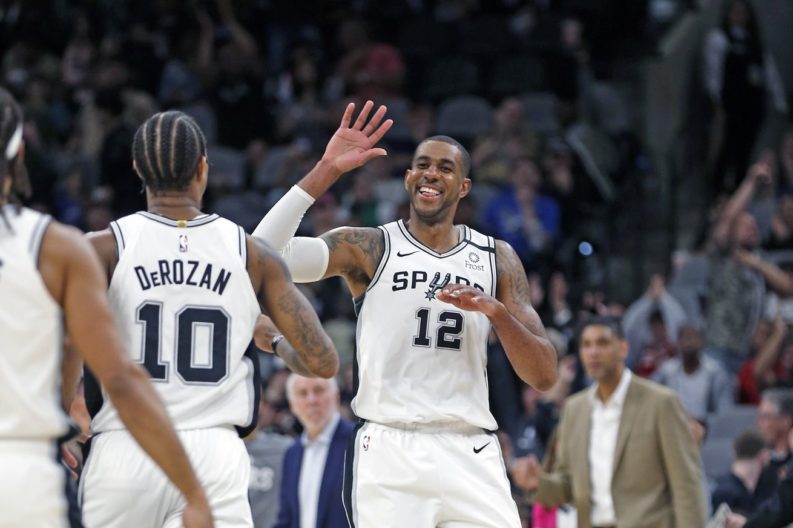 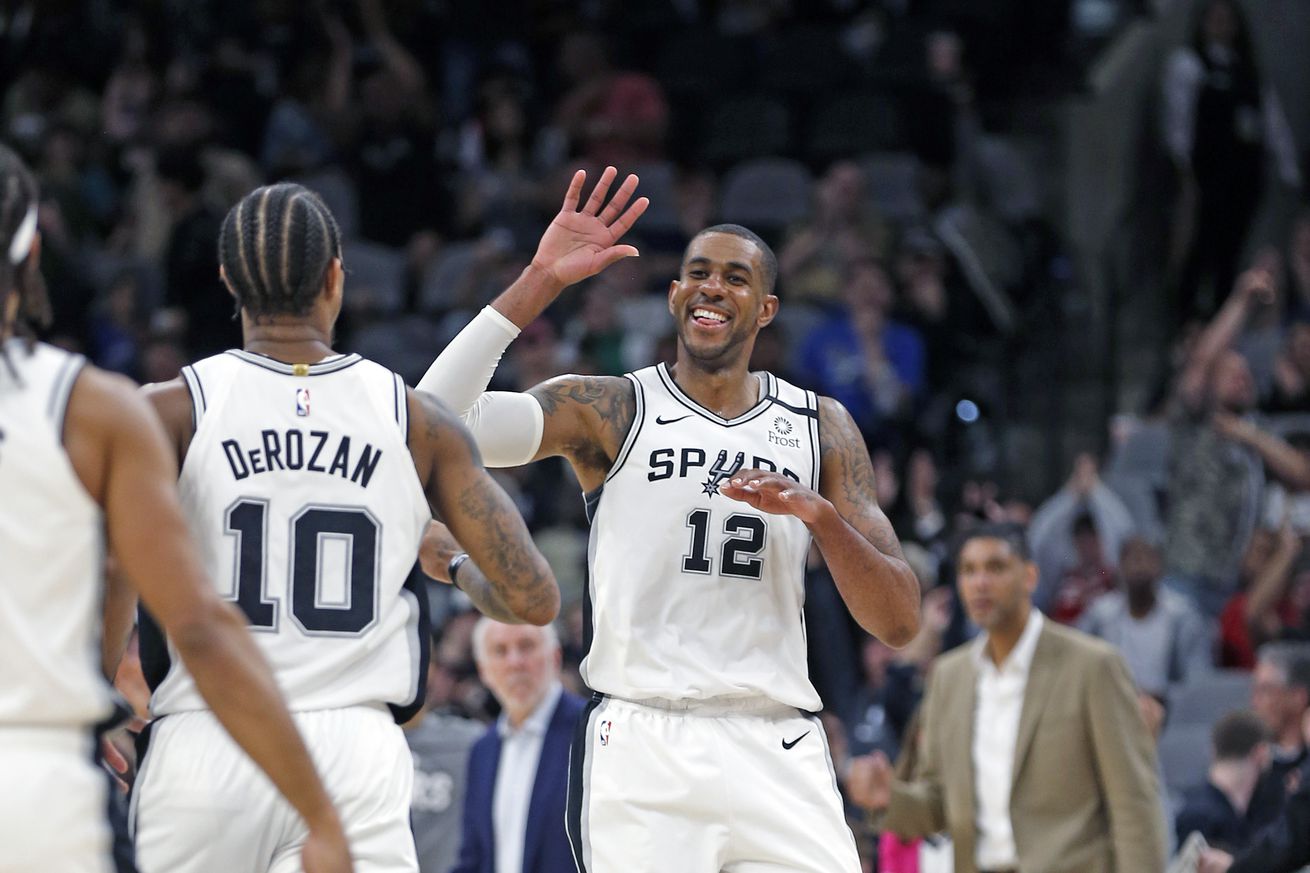 LMA clarified his retweet from a few days ago in a Q&A session with NBA.com

After stirring up a little storm, LaMarcus Aldridge is clarifying a tweet he made a few days ago that fueled speculation regarding his interest in rejoining the Portland Trail Blazers someday. To recap, Damian Lillard was given control of the Blazers’ Twitter account for a day. At one point, he answered a fan’s question about what former teammate he’d like to add to the roster with Aldridge, who responded by retweeting Lillard’s answer with a “look!” eyes emoji.

The original tweet by Lillard was eventually deleted from the Blazers’ Twitter account due to possible tampering violations, but in a recent Q&A session with NBA.com’s Michael C. Wright, Aldridge clarified that his response was just a joke, with the intention being he was just acknowledging that he saw the tweet, not giving an opinion on it. In actuality, depending on which direction the program decides to take, he would equally love to finish his career with the Spurs.

“As I think about it, I think I would be cool with it ending in two places, either with San Antonio or in Portland. I think either one would be fine with me. I feel like I’ve made some good memories in San Antonio. I feel like I’m in a really good family in San Antonio. They understand me. I understand them. So, I like that. I feel I have a lot of history in Portland. So, going back there to finish would be fine also. I’m perfectly fine with finishing my career in San Antonio riding it out until my next chapter, or if things have to change there, and if they decide to go young, then I wouldn’t mind going to Portland.”

Aldridge is signed with the Spurs through the 2020-21 season before he will become a free agent next summer. The Spurs probably wouldn’t mind if he wanted to resign, but he would likely need to be willing to take a decent pay cut considering he will turn 36 that summer.

That one tweet is not the only thing he discussed with Wright. Other topics include life in quarantine, staying in shape, where he felt this year’s Spurs were headed before the season was suspended, what it has been like playing with and being coached by Tim Duncan, and much more, so be sure to check the entire thing out.