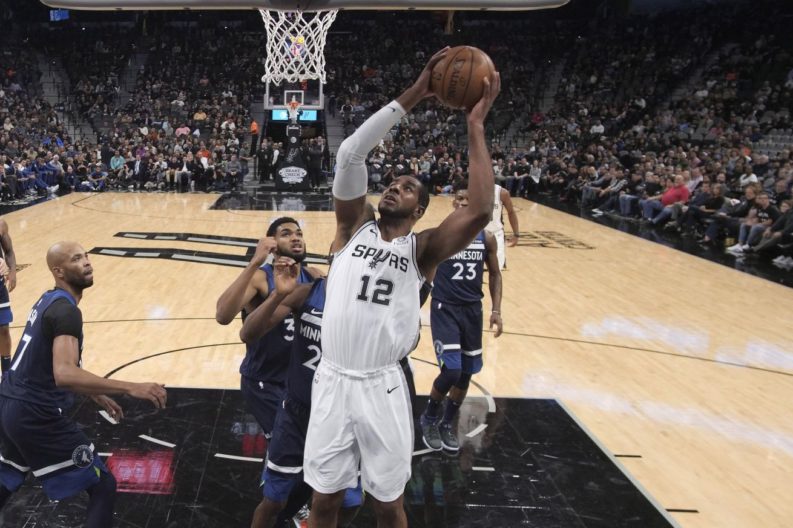 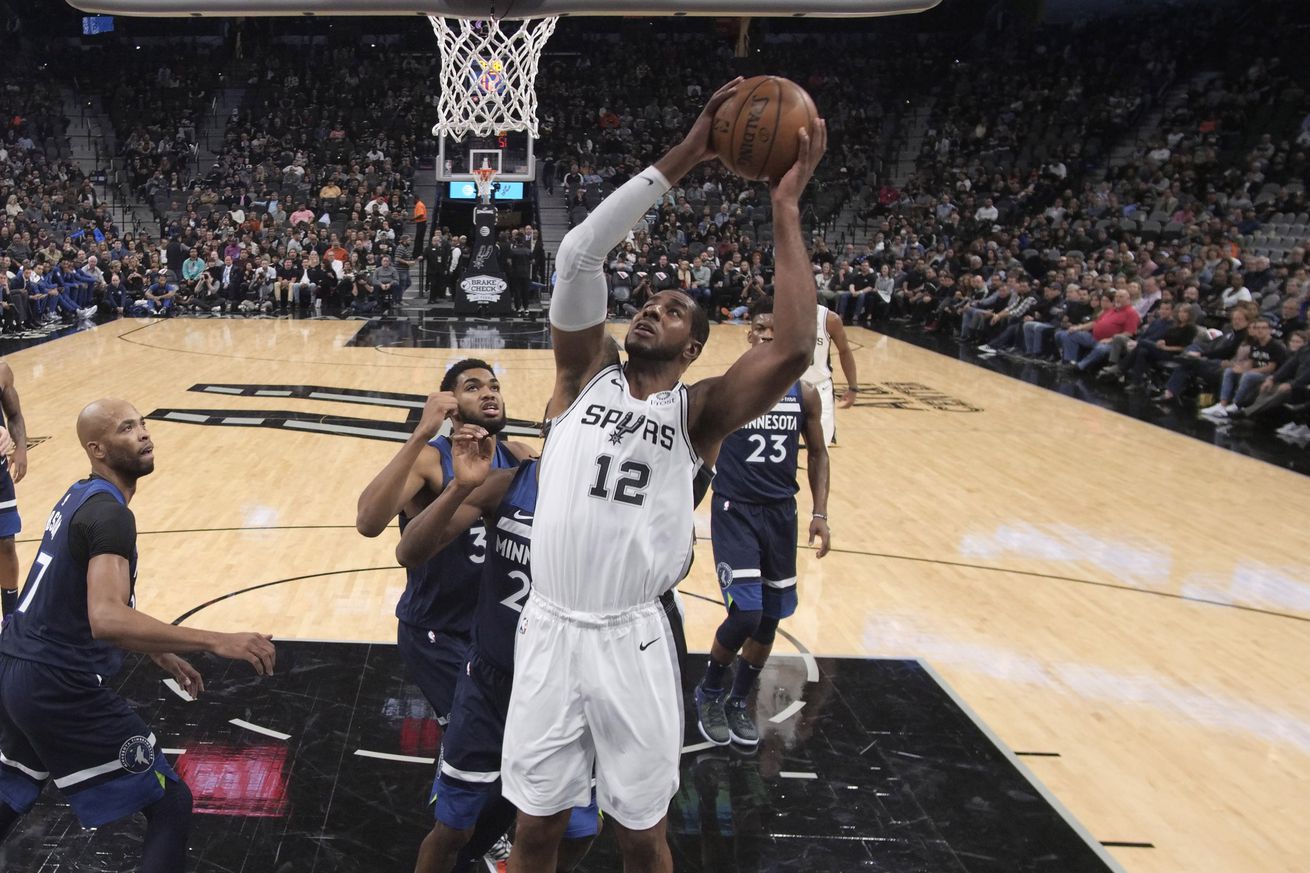 Aldridge is a terror on the offensive glass. Concerns about transition defense shouldn’t prevent the Spurs from taking advantage of it.

LaMarcus Aldridge’s transition to full-time center continues apace in San Antonio. While his defensive work as the Spurs’ anchor has received most of the attention, his evolution on the other end has been just as impressive. Aldridge is now more of an inside scorer than he ever was.

A quick look at where he gets his points shows that in his first two years as a Spur, well over 30 percent of LA’s points came from the mid-range area. Last season that number dropped to 28 percent and this season, it sits at 18.8 percent. The percentage of points that come in the paint has climbed, meanwhile, reaching 49 percent last season and 54.1 percent this year, one of the highest marks of his career.

Such a transformation would have been noteworthy under any conditions but it’s especially impressive in this case. The Spurs have lacked someone that could create easy buckets inside for Aldridge this past two seasons, yet despite that handicap, LA still managed to become a force inside. His improvement as an offensive rebounder has been a major reason why.

Aldridge ranks seventh in the league in offensive rebound percentage and fifth in second chance points. He ranked 10th in the league in offensive rebound percentage and second in second chance points last season, so him placing high early this year is not a small sample size-powered fluke. Offensive rebounding is not something Aldridge excelled at in his Trail Blazer years and abandoned once he joined the Spurs, either. Before these past two season, he had not come close to ranking as high in either category. Since becoming a Spur and, more specifically, since Tim Duncan’s retirement forced him to play more center, Aldridge has clearly made a conscious effort to crash the offensive glass. He’s now become elite at it.

It’s a little surprising too see that improvement happen in San Antonio. For years the Spurs prioritized transition defense to the point of discouraging most players from crashing the glass. They have changed that philosophy a bit. While they still try to get back, they have given some players, especially Aldridge, the green light to attack the boards. It makes sense, considering their throwback style. If LA is going to be close to the basket anyway, he might as well at least contest the rebound. At worst, it makes it harder for the opposing team to secure it and start their attack. At best, it gives the Spurs extra possessions. Since they play at a super low pace, those matter.

For Aldridge, it’s a way to get relatively easy points. He still has to fight for position and actually make the basket in traffic most of the time, but that’s easier that bullying his way to the rim in the post. As mentioned, he’s good at converting the putback opportunities he gets, ranking in the 66 percentile in the league in points per possession scored on that setting despite his high volume. He’s become such a good offensive rebounder that at times it seems the Spurs use him as a bailout option. It’s not rare to see someone drive to draw attention of the big man defender, throw up a prayer and hope that Aldridge goes up and gets the rebound.

This is clearly not a reliable get to get him the ball, though. Some teams will put a body on Aldridge even if it means helping off a shooter or contesting a floater. If the ball bounces awkwardly or someone taps it, LA might not get his hands on it, not matter how good his positioning is. Still, offensive rebounding has become a weapon on Aldridge’s and the Spurs’ arsenal, one that not many opponents have been able to completely neutralize. It never easy to keep a 6’11” guy with some girth, long arms and a nose for the ball from getting his mitts on boards. Whenever his man fails to box him out, Aldridge just pounces.

There are some risks involved in having a dedicated offensive rebounder. When a guard makes a wild drive and ends up under the rim, San Antonio often has three players — Aldridge, the ball handler and a shooter in the corner — below the free throw line. The Spurs hemorrhage points in transition, so it’s understandable to want the team to prioritize defensive balance over offensive rebounding. Yet it’s possible to have both. The key is for players to know each other’s tendencies, to recognize when someone is going to drive instead of pulling up and take a few steps back in preparation. There is a balance between pursuing offensive rebounding opportunities and knowing when to get back. These Spurs still haven’t found it.

For now, Aldridge should continue to have the green light to go for offensive boards as often as possible. So should Jakob Poeltl, who has been a terror for opponents in that area in limited minutes. The Spurs could really benefit from it. They would not only be getting some extra possessions but also a chance to get their bigs going that doesn’t require the type of playmaking they lack outside of DeMar DeRozan. It would be a shame to sacrifice that in an attempt to improve a transition defense that clearly needs better communication more than it needs an extra body running back.

It’s a little odd to think of Aldridge as a center that dominates the glass. He was anything but when he arrived in San Antonio, but he’s worked hard to become one. His offensive rebounding is now one of his biggest strength now and the Spurs should continue to embrace it.