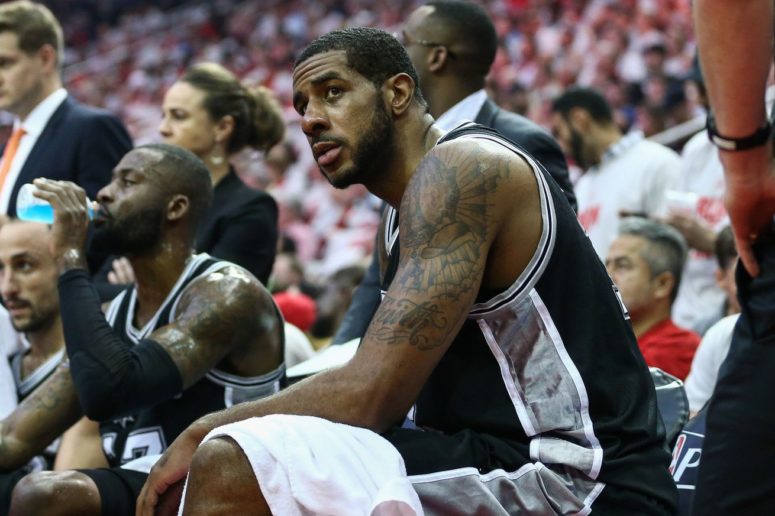 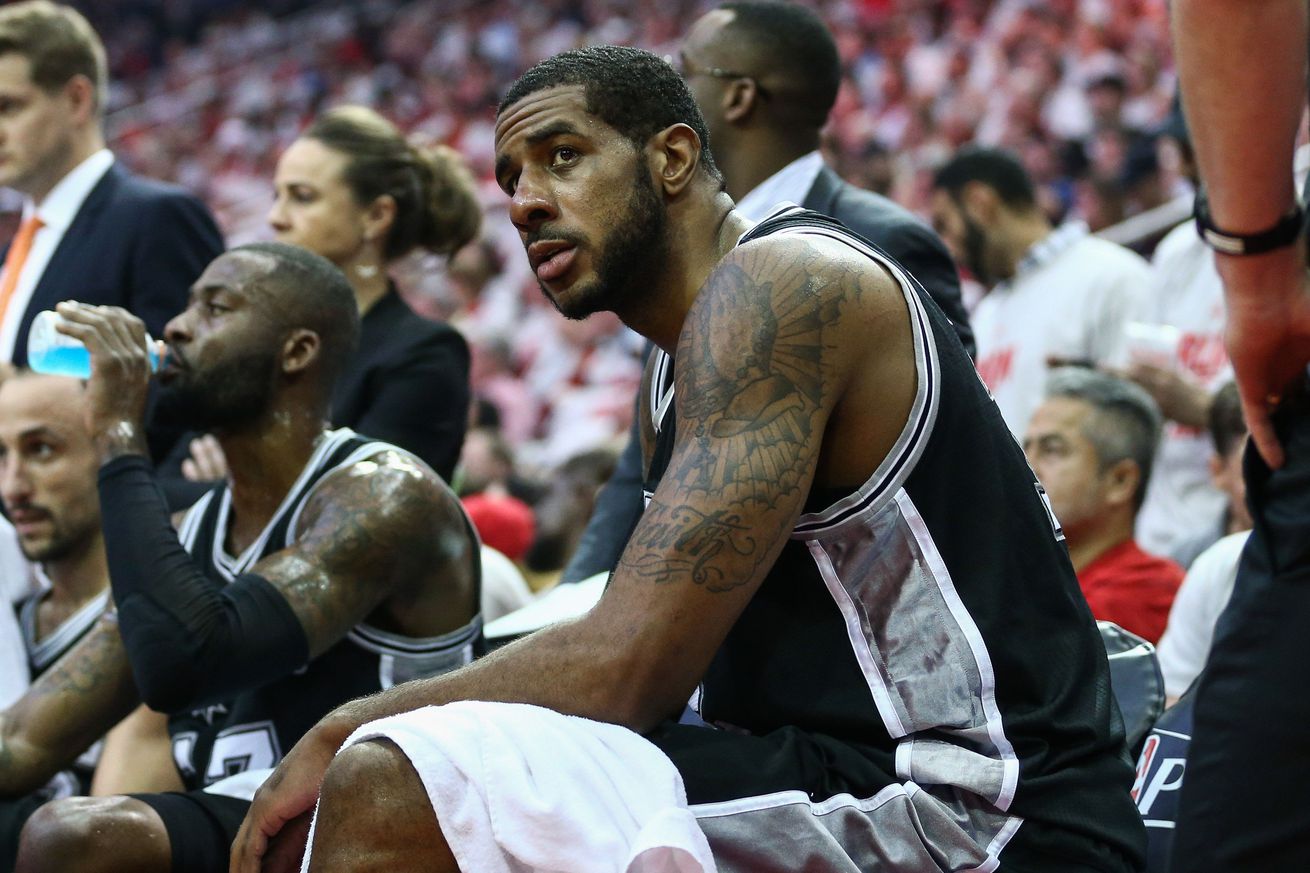 Finally a word from the Spur himself, plus what you can do to help the victims of Hurricane Harvey.

For the second year in a row, LaMarcus Aldridge has dealt with rumors of his unhappiness in San Antonio. After a successful 2016 season in which he made the All-Star team, helped lead the Spurs to a franchise-best 67 regular season wins, and performed well in the playoffs before basically everyone except Tim Duncan collapsed in the second round against the Thunder, there was no reason to expect anything was wrong.

Then, the unexpected happened. As the preseason was underway in mid October, ESPN’s Jackie MacMullan came out with story seemingly out left field: that “sources” had told her Aldridge was unhappy in San Antonio, the Spurs didn’t feel he was working out as well as they’d hoped, and he wouldn’t even be finishing the season the Spurs.

This rocked the Spurs nation like nothing since the summer of 2000 when Duncan almost didn’t even get on the plane to return to San Antonio from his free agency visit in Orlando. However, the Spurs were quick to come out and squash these rumors, as was Aldridge, and it wasn’t long before reports surfaced that MacMullan had personally called PATFO to apologize for this horrible error in journalism.

Fast-forward to this summer, and things haven’t been quite as smooth. After a less impressive season where Aldridge posted his lowest scoring and rebounding totals since his rookie year (17.3 ppg, 7.3 reb), struggled with heart arrhythmia and rumored knee trouble, and failed to step up when Kawhi Leonard was lost for good during Game 1 in the Western Conference Finals, rumors again began to swirl that he wanted out and the Spurs were looking to trade him. This time, neither side denied it.

After exploring some draft-day trades and other possible means of trading their highest paid player, the Spurs ultimately decided to stand pat after no offer came forth that PATFO deemed would make them better. The rumors have since died down, and the assumption now is the Spurs will ride out this season with Aldridge, who can opt out next summer and leave the Spurs with plenty of cash to chase other free agents in what should be a deep field in 2018.

Until now, Aldridge has remained silent on the matter, with the only sign of his unhappiness being him removing Spurs images from his social media accounts, only for them to start reappearing as it became clear he was going to at least start the 2017-2018 season as a Spur.

Now, over two months after the initial drama began, we may finally have a hint from Aldridge about his feelings towards all this thanks to a single Instagram post from last week:

Me listening to everyone saying what I’m going to do or should do…. y’all done yet?

This seems like a very pro-Spurs message. From the image of him warming up for a Spurs game and (symbolically) giving the side eye to his naysayers, to his message basically telling everyone they know nothing, this might be the most sure sign yet that the two sides have reconciled, at least for now, and are looking forward to the another season where the Spurs should be contenders and a top 3 seed at worst.

Even if next season does end up with him opting out, an angry, determined Aldridge facing a possible contract year (if he so chooses) and fading market for players of his skill set just might bring out the best we’ve seen of him yet.

The next step is to personally hear from Aldridge himself, and while that likely won’t happen until training camp begins in a few weeks, at least for now we have something hinting that things may not be as bad as they have appeared. For Spurs fans, that means something in an offseason that has been slightly more stressful than usual. The new season can’t get here soon enough.

How you can help with Hurricane Harvey

Of course, some things are much more important than sports. South Texas areas including Port Aransas, Rockport and Victoria are in clean-up mode after the Category 4 storm plowed through Friday night, and the Houston area is dealing with one of its most devastating floods of all time.

The SB Nation homepage has a list of all the ways you can help and places you can donate to contribute to the disaster relief. From nationwide programs like Red Cross to local charities like the San Antonio Food Bank, click here to learn more about what you can do to help the victims of Hurricane Harvey.