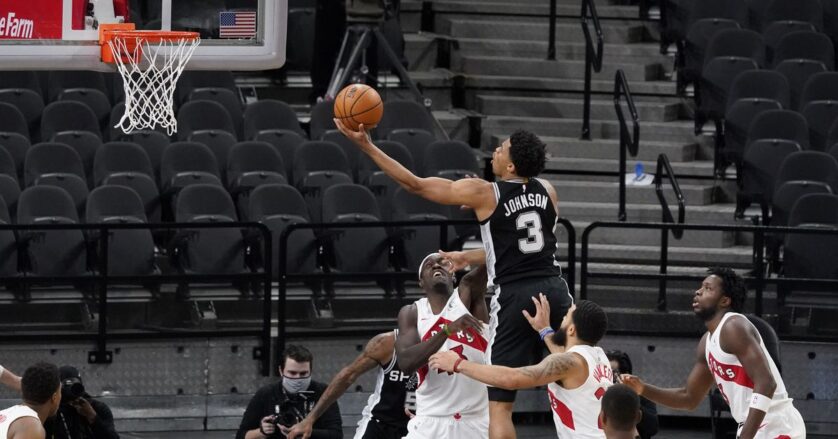 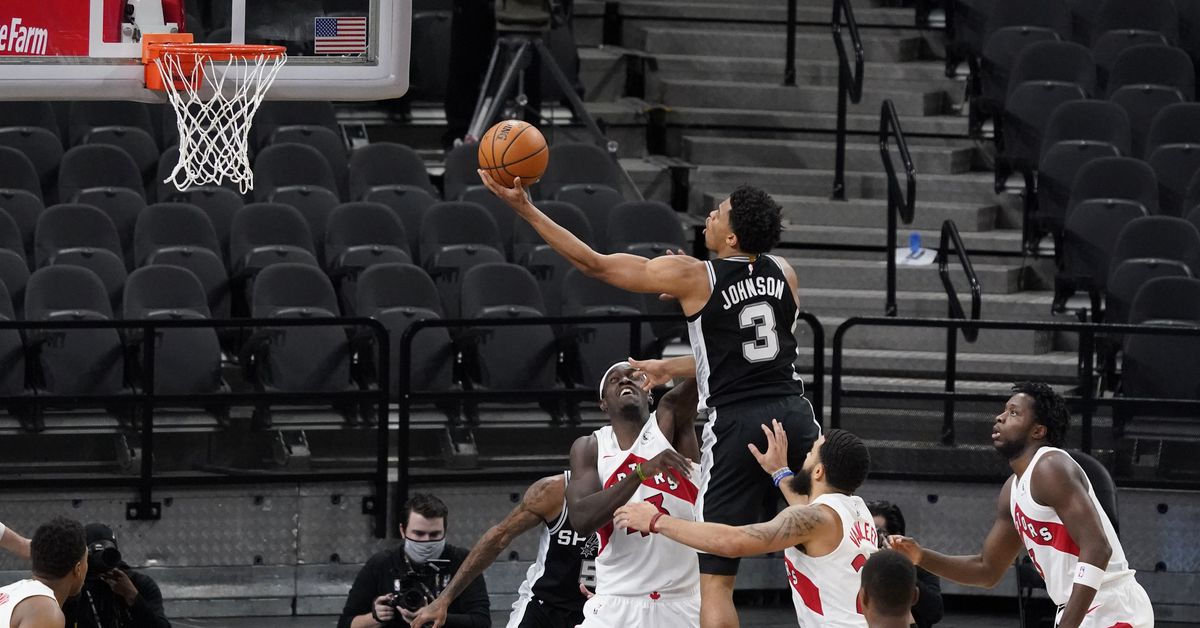 Keldon Johson has been the most pleasant surprise of the season for the Spurs. The second year player took over the power forward spot in Gregg Popovich’s small starting lineup, and after three games is averaging 14 points, eight rebounds and two assists in 30 minutes a night while playing good defense.

There’s a lot to like about Johnson’s start of the season, but one aspect in particular is captivating, especially for a player his age. A lot of the good he’s done on offense derives from understanding the value of attacking the basket without hesitation at the first glimpse of an opportunity.

Johnson was always expected to be more of a slasher than a floor spacer early on in his career and thus far that’s proved to be true, as he’s shooting just 30 percent from outside after three games. The talent for him to be a good shooter is there, but it will take time to unlock it. For most players, that would be a severe limitation but Johnson has found a way to be helpful on offense despite not having a reliable outside shot: getting kickouts and immediately driving all the way to the rim.

Opponents play off Johnson and rarely close out too strong on him, but he doesn’t really care. If they are even slightly off balance, he drives anyway. Sometimes he gets them off balance by already being on his way to the rim as he catches a pass. And when he’s left open and his man loads up on the strong side, he already has a knack for exploiting the seams that appear for only a few seconds on the weak side. His aggressiveness makes him an off-ball threat even without an outside shot.

There are plenty of examples of Johnson simply putting his head down, taking a power dribble or two and challenging the big man after getting past the first line of defense. It’s an actual strategy he uses to make up for his lack of a consistent shot, one that the Spurs taught Cory Joseph and Kyle Anderson in the past. The difference is that it appears to come naturally to Johnson and he’s seemingly already good at it.

After three games, Johnson has driven 26 times to the rack, according to NBA.com/Stats tracking numbers. He’s made nine out of 17 shots he’s attempted and gone to the line six time, for a total of 23 points. Only 20 other players have scored more on drives and only six of those have done it while playing fewer minutes.

Extrapolating from just a few games is dangerous, but at least so far, Johnson has been elite at finishing on drives, and the reason why he’s been prolific enough for it to matter despite not having advanced ball handling skills or a lot of ball handling responsibilities (Johnson has the lowest average touch time out of all non bigs on the team and the majority of his two-pointers come after, at most, two dribbles), is because he’s always in attack mode.

There is room for improvement, both in Johnson’s overall game and his driving game in particular. His single-minded focus on going all the way to the rim can sometimes get him out of control, which has resulted in four turnovers already, and he seemingly never looks to pass, as his zero assists on drives suggest. Yet even with those issues it’s impossible not to be encouraged by Johnson’s mindset, strength and body control at such a young age. The rest should come with more experience.

It’s too early to make big proclamations about any players, but it’s fair to say that Keldon Johnson has at the very least looked like a quality starter so far, despite playing out of position and understandably lacking polish. Arguably the biggest reason why has been his relentless attacks on the rim.

If he can remain this aggressive going forward, he’ll continue to be a perfect fit for the Spurs’ new identity despite not being a three-point threat yet.