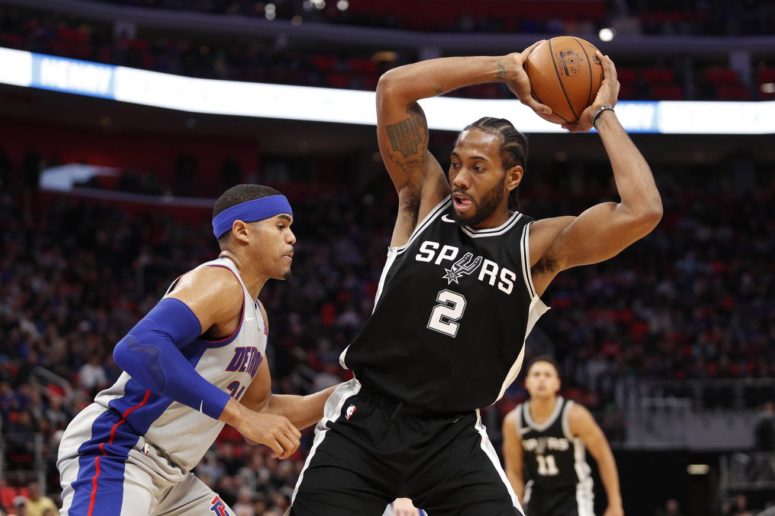 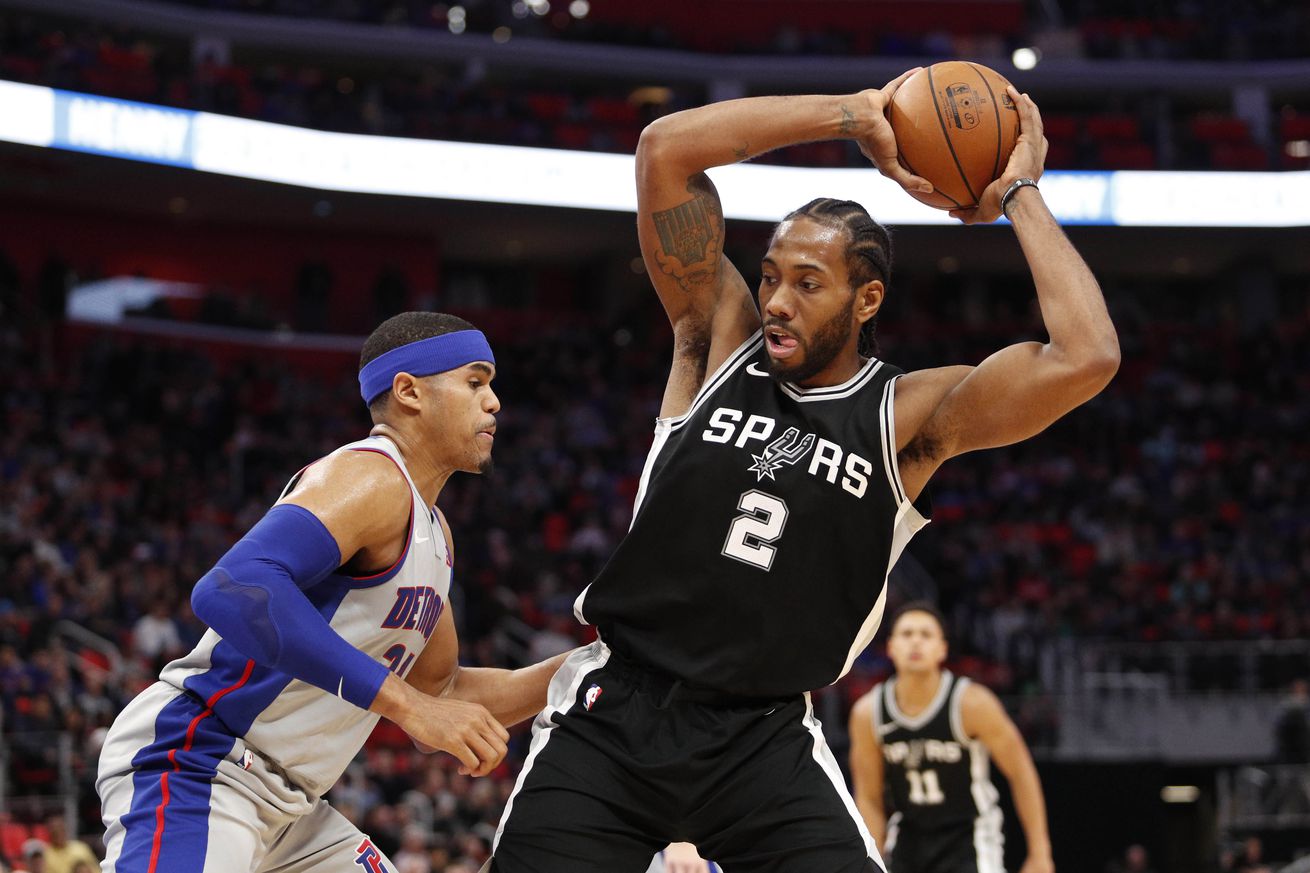 The Spurs offense has sputtered with Leonard back. They’re hoping a return to form will come through reps, patience, and verisimilitude.

Kawhi Leonard catches the ball on the right wing, a few steps inside the arc. He palms it like an apple, maybe because it lends him some kind of advantage but mostly because he simply can, extending his arm fully away from the basket and sizing up the floor, before posting up along the baseline and fading into a shot that looks almost exactly like any we’ve grown used to seeing over the years. Except something’s off. Between the timing of the gather or the lift he gets from his legs or the release itself — the optics are off, regardless of whether or not the shot goes in.

This is Leonard shooting around before a Knicks matchup that he’ll eventually be held out of, but it could just as easily be him in a real game. Every occasion seems self-contained with him right now, every touch an opportunity to drill in the same habits that made him one of the league’s most efficient offensive forces last year. Context is secondary.

Few players dominated possessions like Leonard did in 2016-17. Re-integrating him midway through the season would’ve been a challenge had he returned fully healthy, but simultaneously rehabilitating and re-assimilating him has forced the Spurs to balance long-term results with nightly success.

The Spurs have bought into the idea that the best way to get themselves — and Leonard — where they should be is through verisimilitude, letting Leonard find his way through extensive reps of dominating the ball. His usage rate of 29.9% isn’t quite as high as in 2016-17’s 31.8%, but it’s still above guys like DeMar DeRozan and teammate LaMarcus Aldridge.

His counting stats are fine for a guy returning from a seven-month hiatus. He’s shooting 47% from the field, 35% from three, and 87% from the line, and his stats extrapolated over 36 minutes of play look like this: 23.9 points, 6.8 rebounds, 3.0 assists, 1.8 steals and 1.5 blocks. In short, he’s already spelled his old self in a few meaningful ways.

He also remains an impact player on the defensive end thanks to his size, strength and natural sense of spacing. Even without him wreaking his usual off-ball havoc or gobbling guys up on the perimeter, the team is holding opponents to under 95 points per 100 possessions, which is terrific.

But while the defense has been elite with Leonard back, the Spurs are also scoring 11 points less per 100 possessions with him on the floor, resulting in a negative net rating when the 2017 MVP finalist is in the lineup.

By design, Leonard is defaulting to his tendencies as a ball-dominant scorer. Last season he posted the 8th-highest usage rate in the NBA last and was second on the team in unassisted field-goal rate (52.4%), behind Tony Parker. This season, 80% of Leonard’s made field goals have been unassisted, as he’s consistently looked to probe the defense and, more than anything, get a feel for the game again. While he does that, San Antonio’s assist rate drops from 58.7% without him to 43.5%, which would be last in the NBA by a sizable margin.

The Spurs run a free-flowing offense, which requires all five players to move on the same beat, cutting, setting screens and filling up space in accordance with a natural flow. All of that gets disrupted when the ball is in Leonard’s hands, and it’s spending a lot of time in those big mitts — 5.08 seconds per touch, more than any non-point guard, including LeBron James.

Down the road, Leonard and Gasol probably connect on the initial pass. Instead, Leonard dribbles it out and is unable to convert on two attempts. pic.twitter.com/cVOGf97qTE

For Gregg Popovich, this is a part of the process. Here’s him after the win over the Knicks on Thursday:

“Every game we see a little bit more rust go off, the hesitation goes away. He’s trying to fit in; you know, his game, the team game. [He’s] feeling comfortable with the ball… so every game is a little bit better.

The good news? Leonard’s body has responded well to the high offensive workload, and the increasing minutes. He played between 15 and 16 his first three games, and a season-high 26 in his most recent game at Detroit.

There are other bright spots, including possessions in which muscle memory seems to take hold, and Leonard resembles his 2016-17 self. He ranked in the 79th percentile on post-ups last year, averaging 0.99 points per possession. He’s averaging 1.14 thus far this season, and looked especially comfortable at his favorite spot: the left block.

He’s also been stellar at seeking out his own shot in the pick-and-roll:

Even when he’s simply on the floor, Leonard’s presence makes a difference. Look at this transition sequence from Tuesday night’s game against Brooklyn:

With Leonard flanking Ginobili, the Nets take note, and Joe Harris can be seen calling him out to his teammates.

The Nets end up overloading Leonard’s side of the floor, something that Manu Ginobili quickly exploits by swinging the ball over to Rudy Gay, who have a two-on-one advantage now with Patty Mills on his right and only Caris LeVert to beat.

The Spurs will only go as far as Leonard can take them this season, which means team success in the short term carries far less weight than him returning to form. Only then will we begin to see how he and Aldridge can better play off each other, and how potent the team’s new small-ball lineups can actually be.

Until then, the team will continue to rely on patience and Leonard repeating the same actions until they’re as intuitive as they once were. Fans may just need to be a bit patient, too.