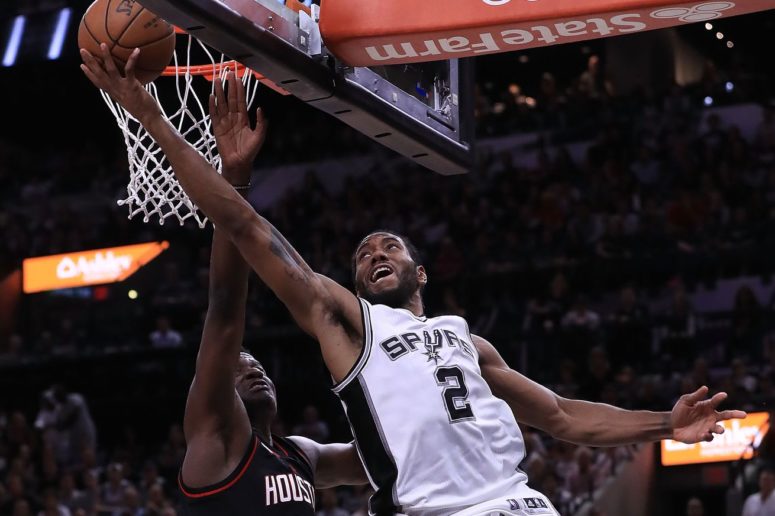 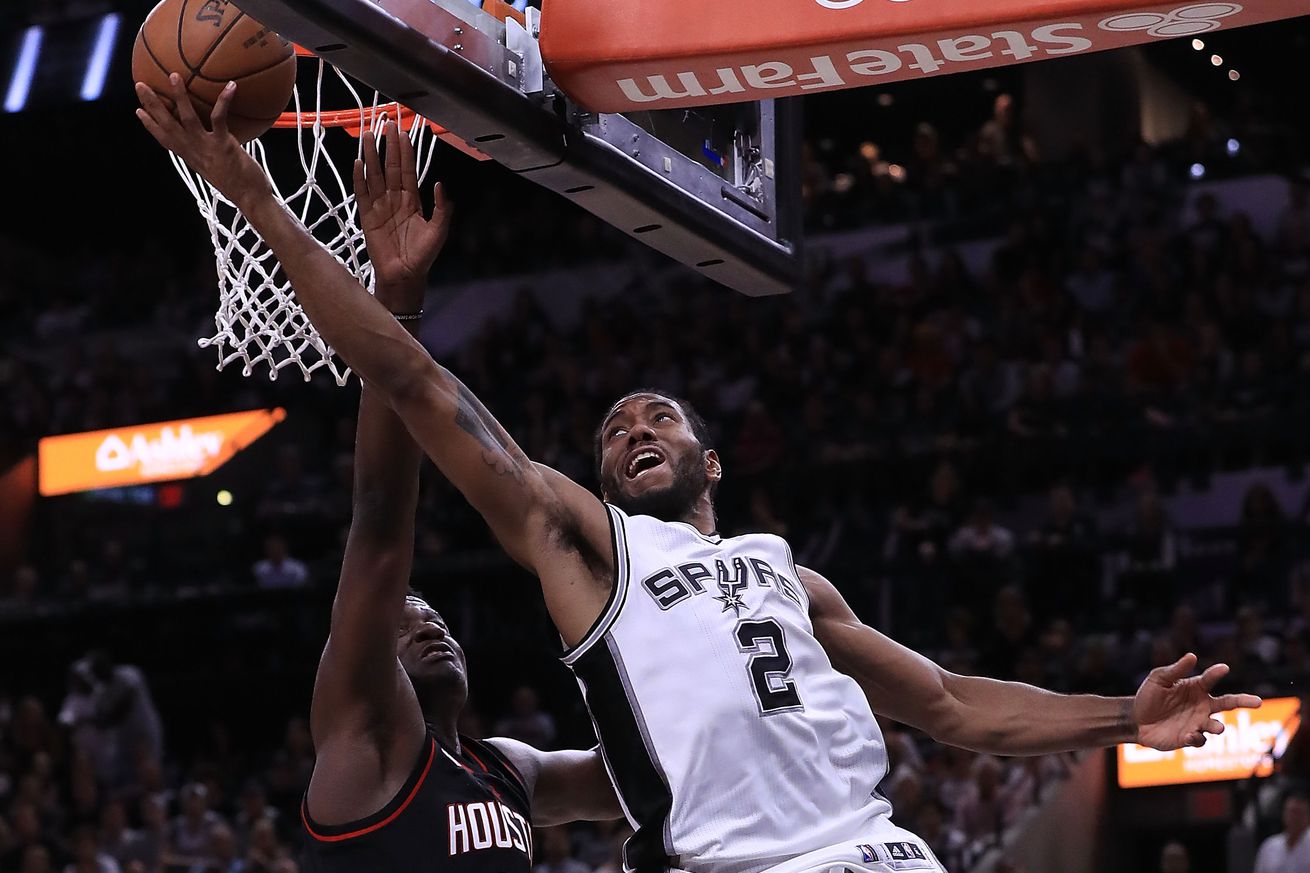 Find out where the Spurs were voted by all 30 GM’s.

The NBA’s 2017 GM Survey came out today, and it goes without saying it’s basically Golden State and everyone else when it comes to the team voting. The Warriors were picked by 93% of the GM’s to win the championship, with the other two votes going to the Cleveland Cavaliers.

On average the Spurs were picked to finish third in the West, although they were the only team besides the Warriors to receive a first place vote. They also came in second as the best defensive team in the league (34%) and the second best home-court advantage (albeit at a distant 7% behind Golden State’s 76%).

Otherwise, the most dominant Spurs presence in the survey is predictably Kawhi Leonard. Here is a list of all the survey questions he placed in and where he fell compared to his counterparts:

If you were starting a franchise today and could sign any player in the NBA, who would it be?

Who is the best small forward in the NBA?

Who is the best defensive player in the NBA?

Who is the best perimeter defender in the NBA?

Who is the toughest player in the NBA?

Who is the most versatile player in the NBA?

Leonard also “received votes” in a few other categories, including which player forces opposing coaches to make the most adjustments, best shooting guard (oddly), most athletic player, and best leader.

None of these results are surprising, although I would not have expected him to tie for first in the toughest player category (not because he isn’t tough, mind you, but it’s just not a term you usually hear thrown around when describing him). I maybe expected him to get more MVP respect, but clearly more GM’s either favor voting for players they think will at least make the Finals, or they just vote for the player they think is the best in the league.

However, Leonard wasn’t the only Spur to pop up in several categories. Manu Ginobili and Patty Mills both received votes under player best at moving without the ball. Ginobili also received votes as a bench player that makes the biggest impact when he enters the game and the toughest player in the NBA. Best of all, he came in second (14%) among currently active players who would make the best head coach some day. (Destiny?)

Speaking of coaching, Gregg Popovich was not surprisingly voted the best head coach in the NBA by a landslide (82%), best manager/motivator of people (62%), and coach with the best defensive schemes (41%). He also came in third as the coach who makes the best in-game adjustments (24%), and received votes for running the best offense. Ettore Messina came in second with 14% of the votes as best assistant coach, while James Borrego and Chipp Engelland received votes.

Finally, Rudy Gay came in fifth with 7% of the vote as the most underrated player acquisition of the off-season. It wouldn’t be surprising if that number rises as the season progresses.

One final thing to keep an eye on is the very last question of the survey: “What rule (regarding play, Draft/Lottery, playoff format, etc.) most needs to change?” Playoff seeding came in first with 27% of the vote. As the conferences gets more and more lopsided with each passing season and rumors of even LeBron moving west next season continue to swirl, this could be a category to keep in mind come next off-season.

So what do you think, Pounders? Were there any categories that the Spurs or anyone else was snubbed in? Make sure read them all (there are several with no Spurs at all) and sound off in the comments below. Remember, the regular season tip-off is just two weeks away!