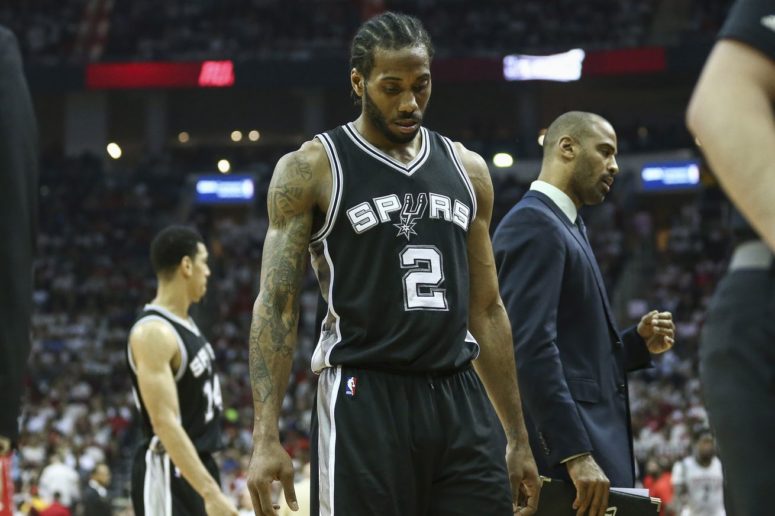 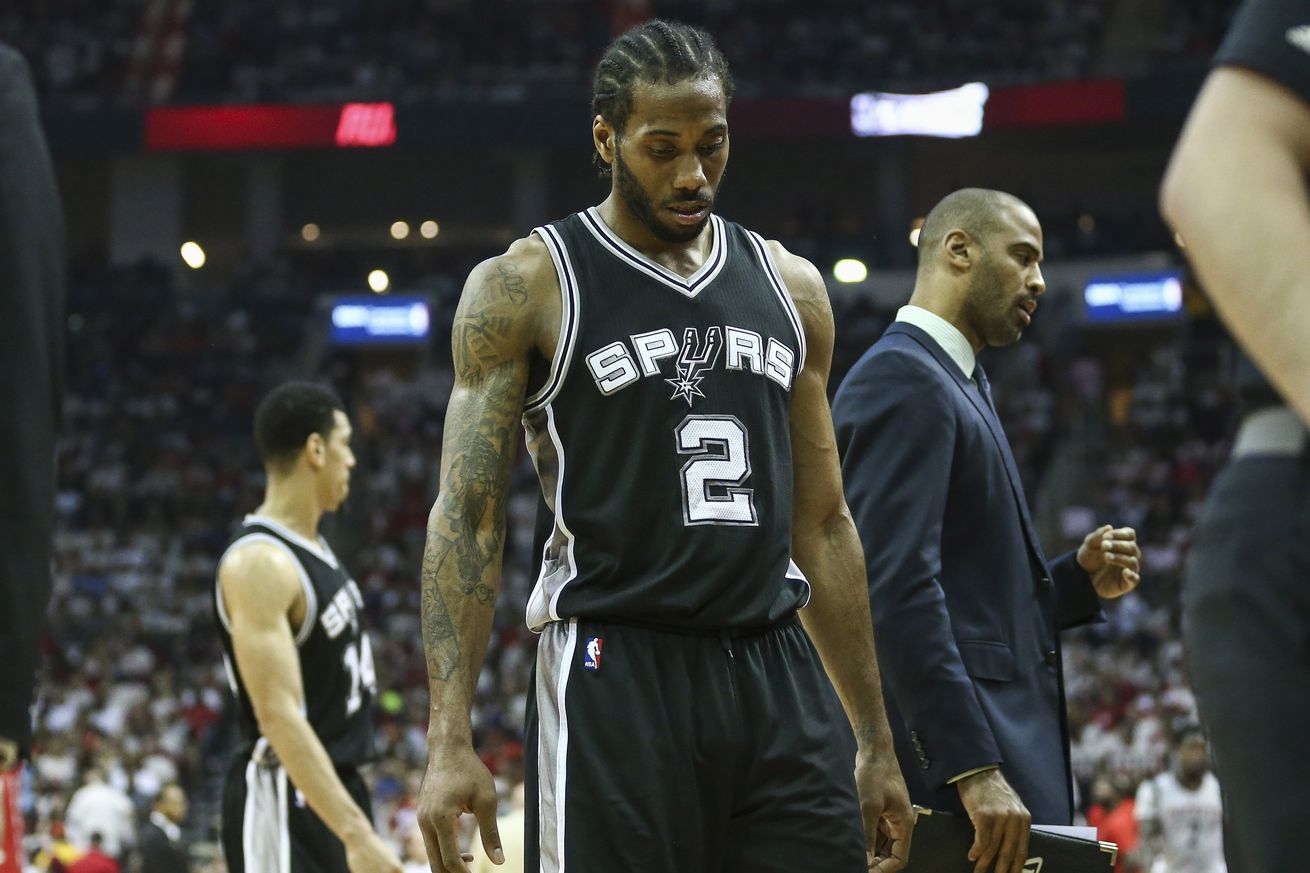 Kawhi Leonard is in a unique spot among NBA superstars. Even after his first “meh” playoff game of the post season in which he was unusually quiet while the Rockets made the game-deciding third quarter run, he’s almost…almost seems above reproach compared to others. (Warning: don’t click that “almost” unless you want your classic Kevin Ding article that will make many Spurs fans’ blood boil. He has a way of doing that, at least to me.)

Mike Finger of SAEN discusses why that is (like how he did what most superstars fail to do in their entire career: lead his team to a championship before expectations for him even existed), and what effects it may have on him and his image among his fellow stars.

Nene’s injury could be a series changer

Everyone knows the Rockets’ key strategy against the Spurs (and frankly everyone) is to out-shoot from the arc using a “four-out” formation with four shooters surrounding either Clint Capela or Nene Hilario down low. However that changed in Game 4 with Nene leaving with a groin injury and Capela battling foul trouble, leaving the Rockets to play a line-up of five shooters…all of whom happened to be hitting their shots. The Spurs can accept to see more of this, so once again Pop has some adjustments to make.

Time to give Dedmon a chance?

Adam Fromal at Bleacher Report makes a case for five players on still-active playoff teams who should be getting more minutes, and for the Spurs it’s Dewayne Dedmon. With his athleticism and rim protection, surly there’s a place for him in this series, even when the Rockets are playing five-out. As Erler has pointed out, he’s basically a better version of David Lee at this point, so why not give him Lee’s minutes?

Regardless of what happens in these playoffs, even with the careers of Manu Ginobili and Tony Parker looming on the horizon, former Spurs assistant coach PJ Carlesimo told The New York Times not to count out the Spurs in the future, especially with Leonard leading the way, free agents seeing it as the best place to challenge the Warriors, and promising players like Davis Bertans waiting in the ranks. Speaking of which…

Okay so we shouldn’t be discussing free agency in the middle of the playoffs, especially with a potential series-defining game tonight, but news that Kyle Lowry will opt out of his contract with the Toronto Raptors and test the free agency waters made the rounds yesterday, and because he reportedly doesn’t mind going west with his main goal being a ring, naturally the Spurs were brought into the discussion.

Regardless of how this season ends, point guard is going to be a major topic for the Spurs this summer, especially after Parker suffered a torn quadriceps tendon that could take well into next season to return from…if he returns at all. Also, Patty Mills will be an unrestricted free agent, and as promising as Dejounte Murray looks, will he be ready to take on a potential starting role for a playoff team as soon as next season?

Obviously, like any other big free agent this summer, there are questions as to whether the Spurs can actually afford Lowry and what moves they’d have to make to clear enough cap space for him, but if his main priority really is a shot at a championship over max money (he’s never made more than $12 mil in a season, after all, so anything above that is technically upgrade for him), then the Spurs are being viewed the best destination for him.