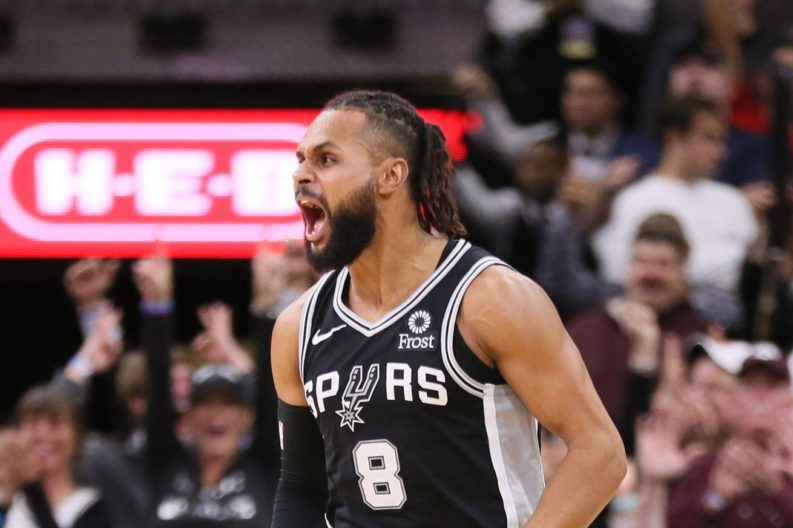 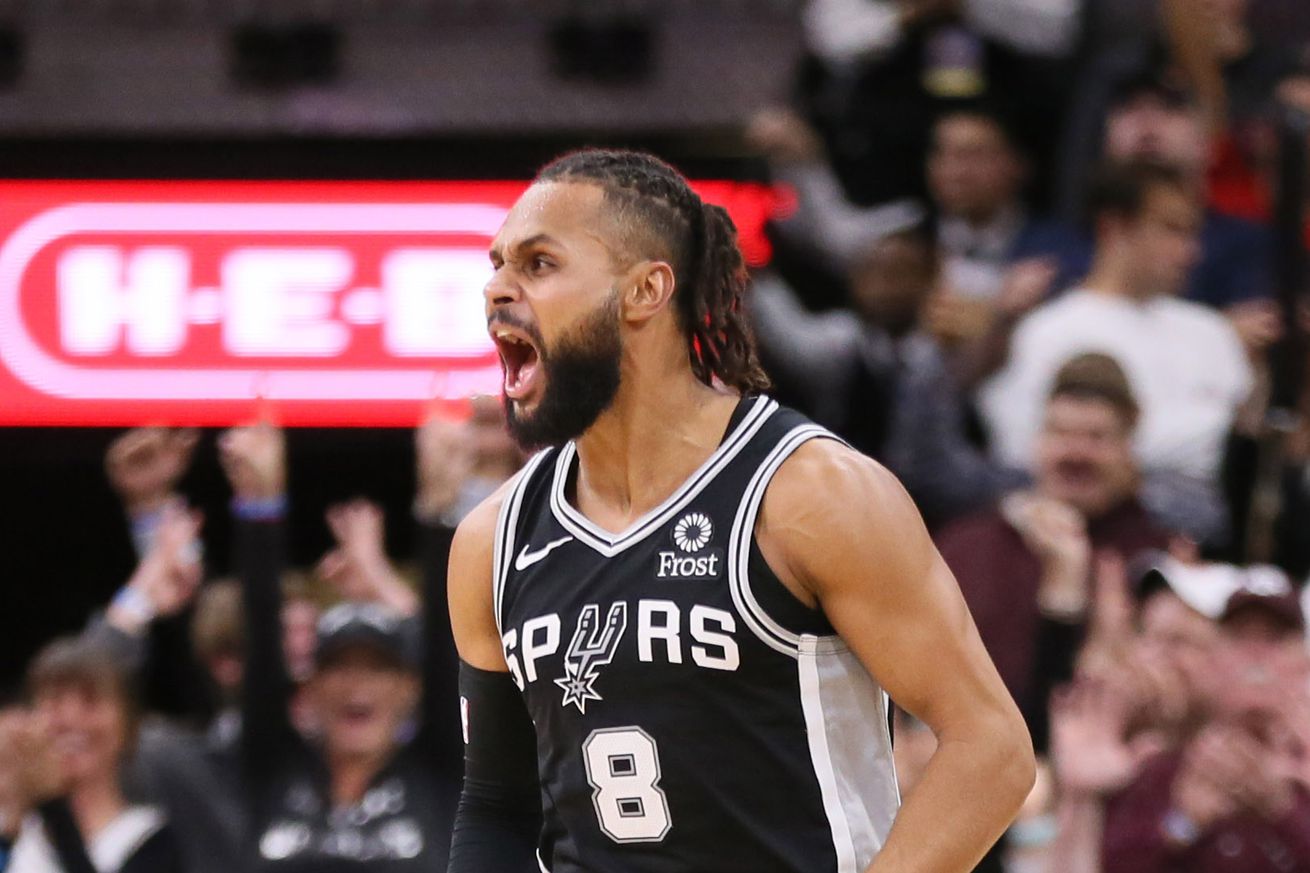 Patty Mills did his part. He stepped into a wide open three from the right wing and put a pretty little bow on the Spurs’ first win in over a week. How he got there wasn’t much more complicated than the shot itself.

Rudy Gay rebounded Kevin Durant’s 17th miss of the night with 58 seconds to go in the game and tossed the ball to Patty Mills to bring up court.

Pop calls the play, a pick and roll between DeMar DeRozan and LaMarcus Aldridge, so DeMar makes his way over to get the ball. LaMarcus waits until there’s less than 10 seconds on the shot clock to move into position for the screen. Since there’s so little time left, just 7 seconds by the time LaMarcus gets set, and DeMar is so close to both the half court line and sideline, Kevon Looney briefly commits to a trap. That’s all the opening DeMar needs and he toss the ball to LaMarcus, who has slipped to the center of the floor just below the logo. This is where the Warriors’ defense breaks down.

Quinn Cook is ready to double the moment LaMarcus slips the screen, so this is definitely intentional. With so little time on the shot clock and in the game with just a two possession separation, it’s not necessarily a bad idea out of hand. The problem is with this exact situation. Quinn Cook, all 6’2” of him, isn’t in the same zip code as LaMarcus’ line of sight and doesn’t even have his hands up to disrupt the pass that flies right over his head.

In the far corner, Andre Iguodala moved up to help in case LaMarcus rolled hard to the rim, but recovered to Rudy as soon as he saw the pass leave DeMar’s hands. It’s interesting to consider how the play would have ended if LaMarcus had dived into the paint. Iguodala is a much bigger and more disruptive defender than Cook, and there’s a decent chance he would have been able to break up the play. If not, though, Rudy gets an open corner three, and the end result is the same.

It’s also interesting to note that Durant abjectly failed here. Patty catches the ball with only 4 seconds on the shot clock, and it’s Durant’s responsibility to force him to pass the ball or drive. If he closes out to Patty’s right side, he can threaten the passing lane to Dante and force Patty towards a recovering Looney. Even if Patty’s able to get the ball to Dante in time for him to shoot, that’s a much better outcome for the Warriors. But he’s late to react and does this instead.

Not a good look.

One of the reasons the Warriors responded with such an aggressive approach is that the Spurs had run similar actions a couple of times in the last few minutes with a lot of success.

Though the Spurs didn’t start either of these plays as high on the floor, it’s the same concept, with the only real difference being which shooters are located where. In both cases, DeMar breaks down the defense, in the first getting all the way to the rack and in the second giving Bryn an open driving lane to the rim. Looney recovers for the block, but the play still results in two free throws.

The Spurs don’t run the spread pick and roll high on the floor often, but it has been very effective when they have. The end of this game was another example of how difficult that play is to guard with three shooters surrounding the team’s All-NBA core.