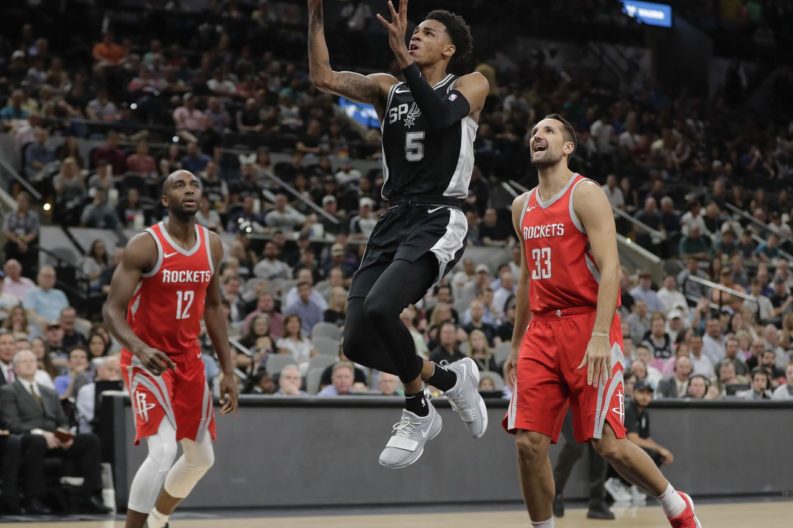 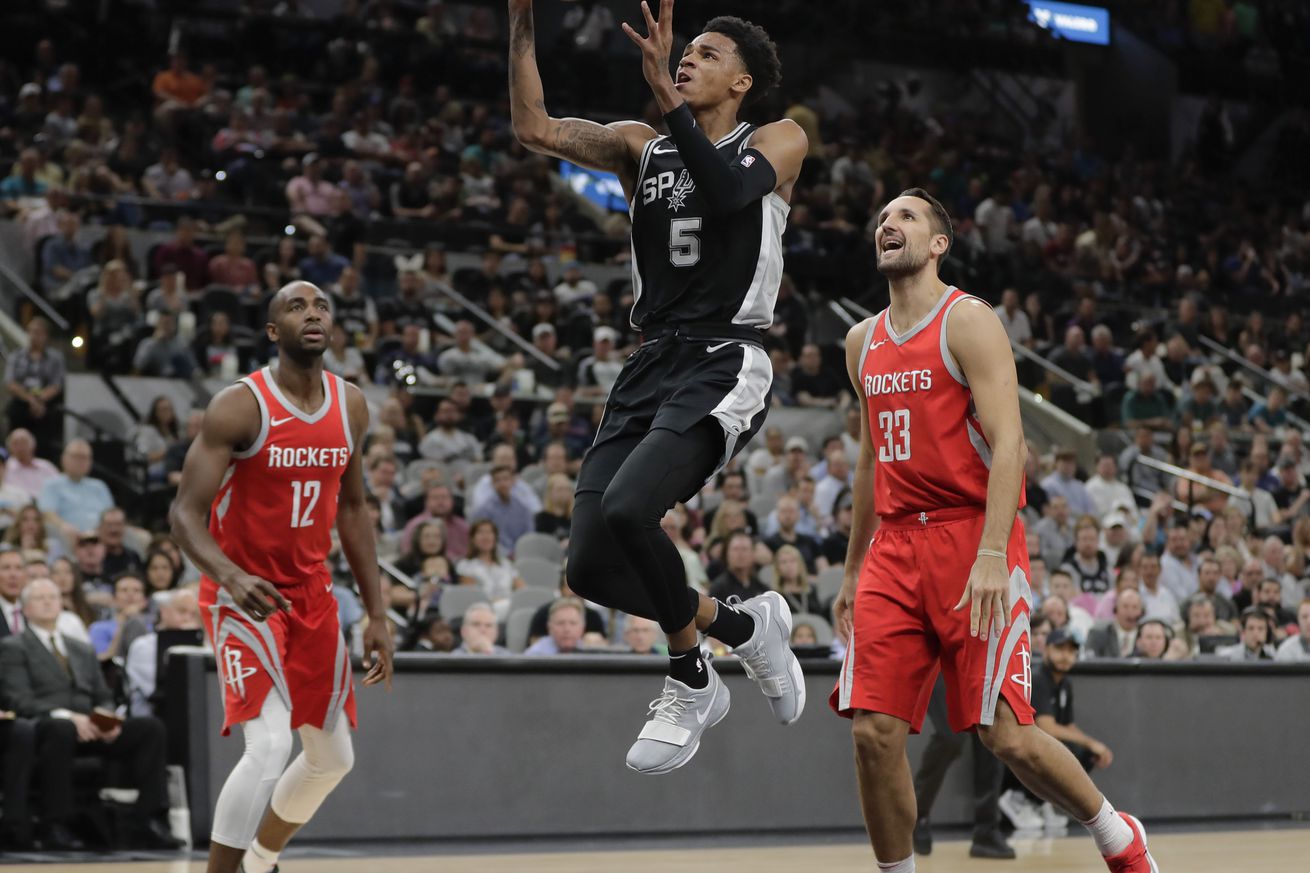 LaMarcus got help from Rudy Gay as the Spurs dominate James Harden and the Rockets.

The Spurs played their best defensive game of the season, with LaMarcus Aldridge showing his usual dominance inside, but today he had help on offense with Rudy Gay and Patty Mills providing scoring and key defensive plays. The Rockets, with Chris Paul sitting out, had trouble scoring over the stout defense of the Silver and Black, and were dominated by the Spurs big 3. The Spurs won easily over the team with the best record in the league as they got closer to locking up a playoff spot.

NOTE: There is a coded message hidden in this recap.

LaMarcus Aldridge opened the scoring with a post up in the paint, but the Rockets answered with a Capela dunk. The Rockets rushed out to a 6-2 lead but Dejounte Murray brought the Spurs back with 6 straight points. The defense of the Silver and Black was very good, limiting the Rockets to 11 points in the first 7 minutes, but the offense was not good, and they only managed a tie, with Dejounte Murray carrying the offense with inside scoring. Coach Pop put in Rudy Gay and Tony Parker and the Spurs began to create some separation. Rudy Gay helped out with some tough play, 8 points total, including 4 points in the final 6 seconds of the quarter. James Harden kept it close for the Rockets by driving the basket and the score was 26-17 after one.

Eric Gordon started off the second quarter with a triple. Rudy Gay took over with a block of Gordon’s layup and a slam to bring the crowd to its feet, and D’Antoni to a Rocket timeout. After the timeout, a Pau Gasol bucket gave the Spurs their first double digit lead at 30-20. A Gerald Green deep three cut it back to 7, and before you knew it, the Rockets went on an 8-0 run and the lead was just 2. The Spurs pushed the lead back to 7 with a Kyle Anderson euro-stepping past Gordon for an easy floater in the lane. The Rockets cut into the lead with Harden shooting free throws, but the Spurs finished the quarter with tough defense and led 46-38 at the half.

Rudy Gay opened the fourth with a basket for the Silver and Black to push the lead back to 11. The defensive intensity was also turned up to 11 as both teams had trouble scoring to start the quarter, and Pop needed an early time out. Patty Mills hit a three and the lead was back to 11. Eric Gordon, who had been killing the Spurs all day, picked up his fifth foul and the Patty began to hit his shots as the Spurs led by 16 halfway through the quarter. The intensity of the Spurs picked up and they were able to get turnovers, turning them into fast break points or open three point shots, leading 94-74 with 5 minutes left after a Danny Green Tarheel Triple. The Spurs went into a slowdown game, but the best slow play of the day was Kyle Anderson picking Harden’s pocket at midcourt and sauntering down the lane for a slow break layup with just over 2 minutes left to put the Spurs up 99-79. Both teams emptied their benches after that play

The Spurs travel to the Staples Center in Los Angeles for their last back to back of the season, the first game against the Clippers on Tuesday night at 9:30 PM and against the Lakers Wednesday night at 9:30. Gotta love those late-starting west coast games. The Clippers will be fighting the Spurs for one of the final playoff spots, and the Lakers always make it tough on the Spurs.