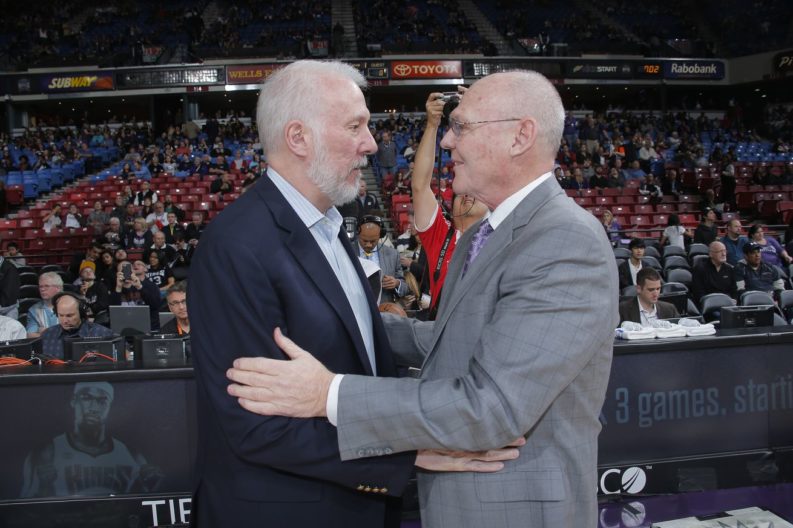 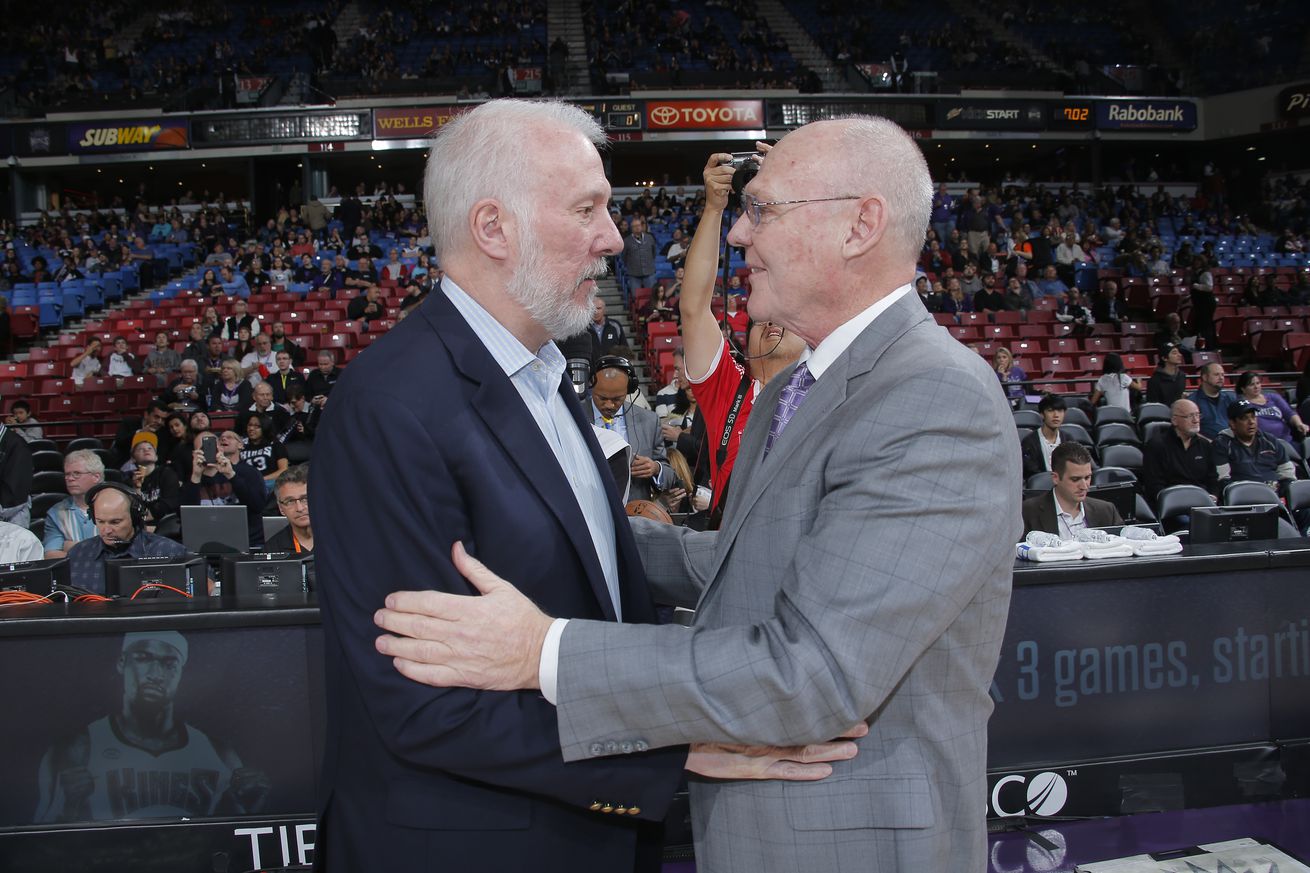 So there you have it, Pop is solely in the #5 spot. Next on the list- Pat Riley whose coaching accomplishments most closely resemble Coach Pop. 5 Championships and 3 Coach of the Year honors mirror one another. Riley compiled his 1,210 wins over 24 seasons giving Pop the advantage of matching his win total over less time.

If the Spurs go 35-9 to close out the season, Gregg Popovich will pass 3 coaches and move from 6th to 3rd in one season. Either way, it is highly likely Pop will pass Riles in less time than it took the former Laker coach to get to the 1,210.

No matter how you slice it, Popovich has more wins with one team than any coach in the history of the NBA. His tenure with the Spurs organization has become legendary while still in the midst of consecutive successful seasons. What he has designed cannot be paralleled in any fashion, so wins/loses are just numbers to Pop. His focus is so far beyond the sport that he has elevated the very nature of competition and excellence while making a deeper connection.