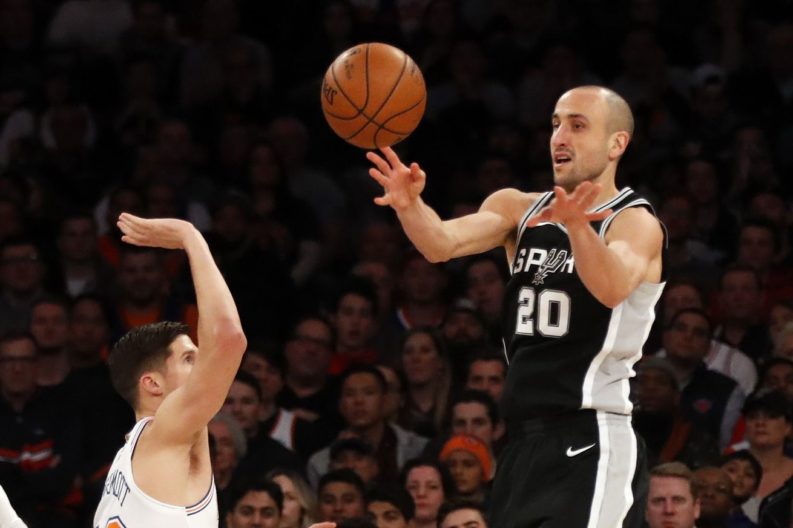 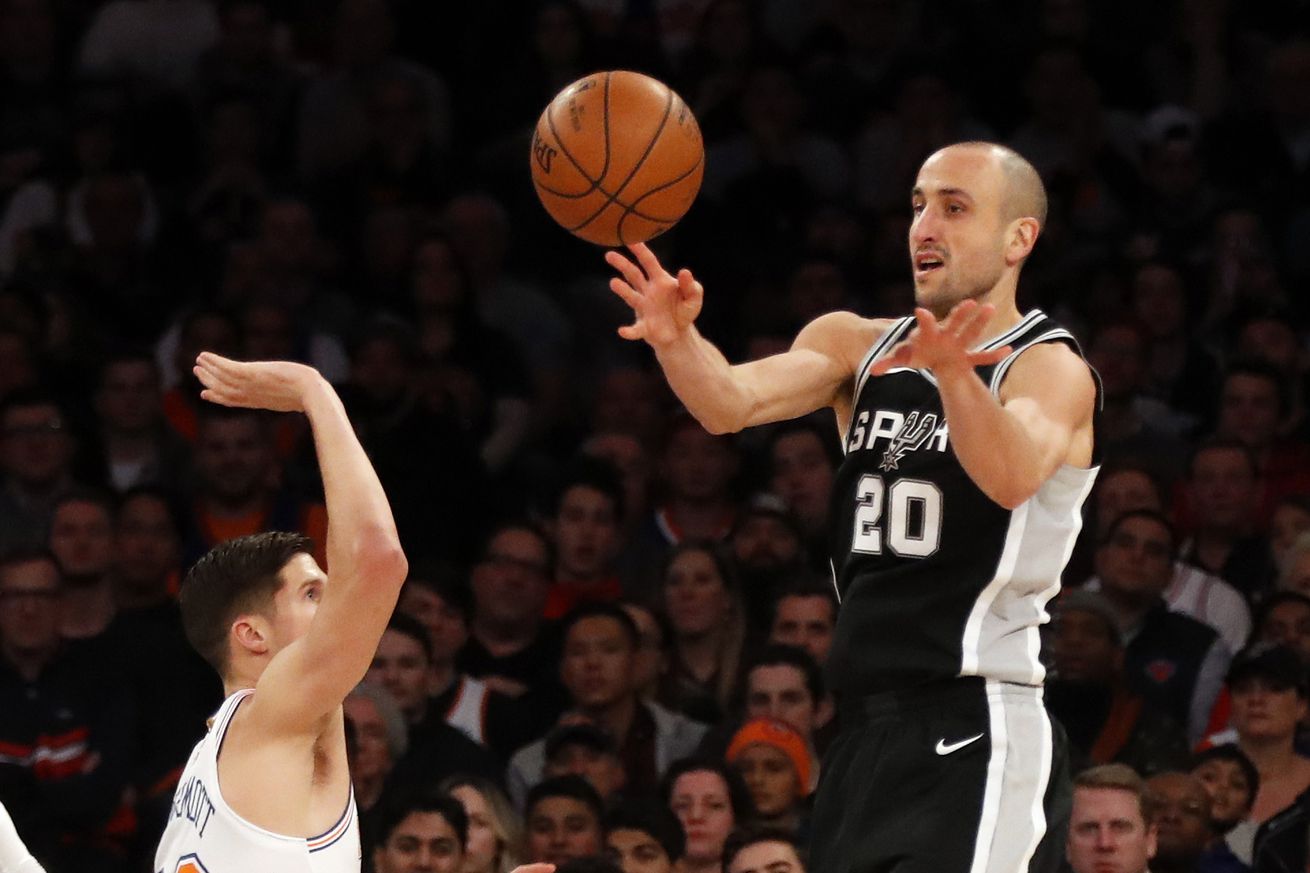 The point of a pass is to move the ball to where it can be scored, and Manu did that very well.

It was a weird game last night. First we saw a Michael Beasley shot swirl around the rim five times before going in, but something even stranger happened later. Late in the third quarter, Manu Ginobili overthrew a lob pass to LaMarcus Aldridge that ended up going into the basket for a three-pointer.

Look how long it takes for everyone to realize Manu’s lob attempt went in as a three-pointer. #StillManu pic.twitter.com/2rCTGPbZA9

The problem? Only he and a handful of Spurs players saw it go in, which led to mass confusion for the next few minutes after Beasley dribbled the “rebound” up and play continued. The refs eventually stopped play to discuss the issue and initially ruled it a two under the assumption that Aldridge tipped it in. Then, after video review at the end of the quarter they ruled it a three. The reactions from everyone after the game were hilarious:

Manu on the weird 3 shot, what Spike Lee said to him and how he’s be practicing the shot for a while now #Spurs #Knicks pic.twitter.com/Djel8Jdm1H

Quick Popovich reaction… On Manu’s weird 3, #Spurs play in the 2nd half pic.twitter.com/IQSpgu6cBZ

CP3 knows not to sleep on the Spurs

If Chris Paul has learned anything over the years, it’s never count out the Spurs. Behind the play of him and James Harden, the Rockets raced out to the top of the standings, only to loose five-straight once he went out hurt. Now he’s back, but Harden will miss a few weeks with a hamstring strain. It seems rough, but Paul knows the Spurs have had it harder and yet are only 1.5 games back from them (albeit 3 losses) despite playing maybe one game with the full roster available. As he put it, “they ain’t trippin”.

I do. Not many people approved of the way he fired Bob Hill and promoted himself to head coach and general manager while the Spurs were struggling through an injury-stricken 1996-97 season, including some of his players. Of course, times change, and he worked his way from a 92% disapproval rating in San Antonio all the way to the top.