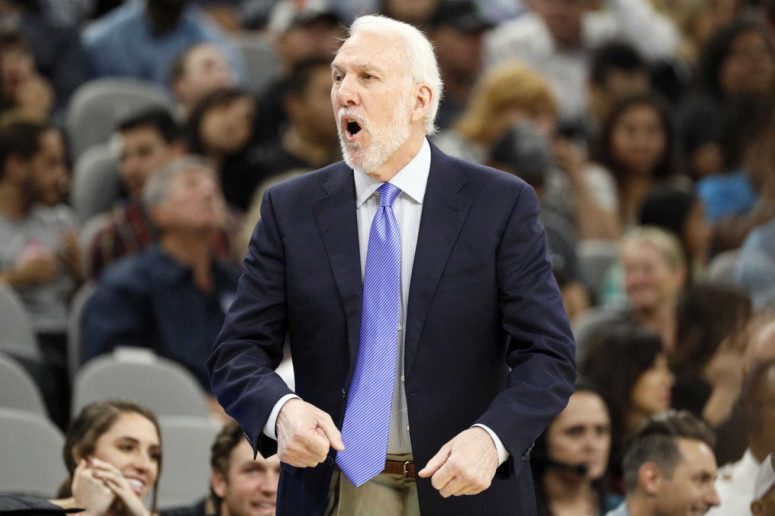 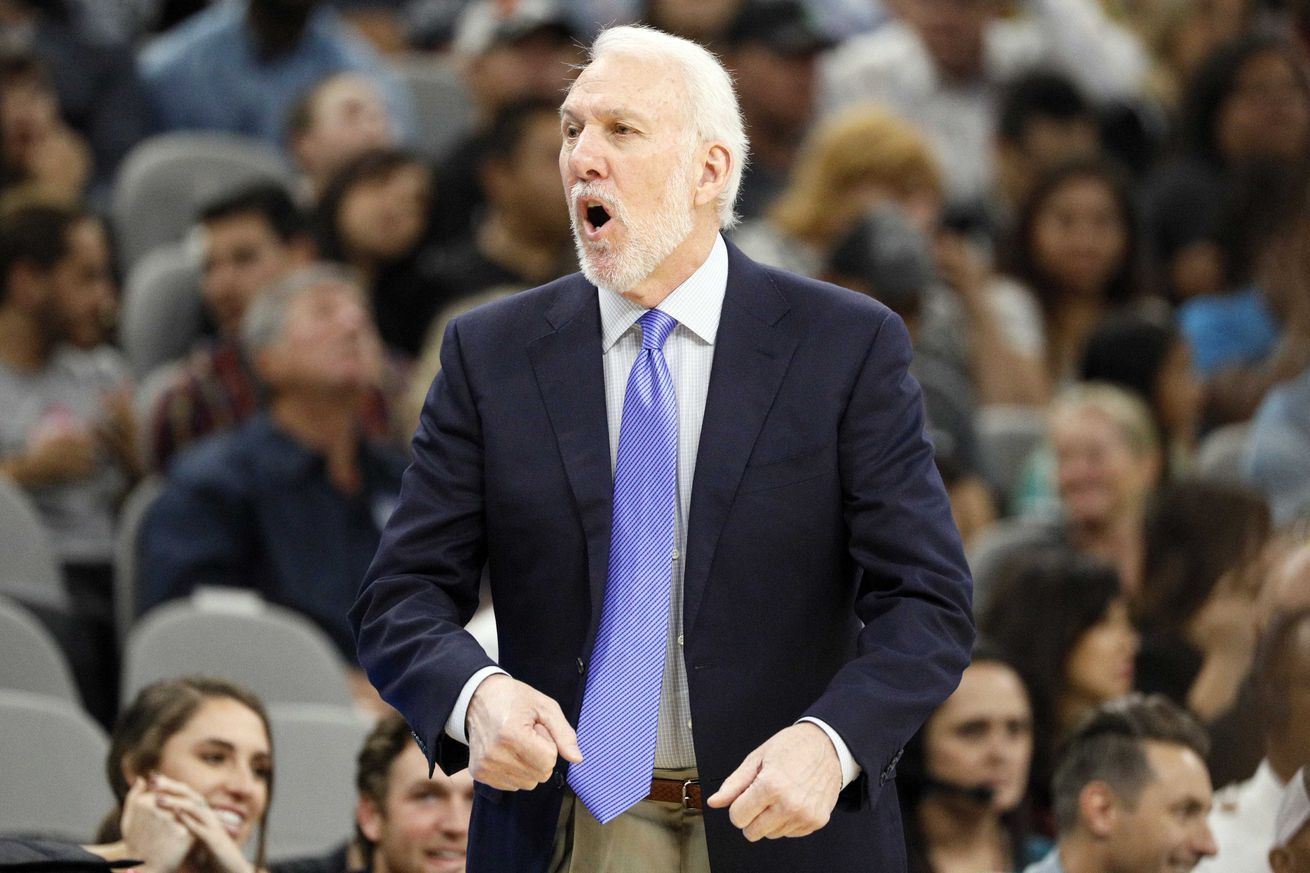 Pop’s encouragement is an under-appreciated factor in building the Spurs’ culture.

Sunday night, the Spurs thrashed the Suns in a 112-95 blowout. While this game will likely amount to little more than a few extra ping-pong balls in Phoenix’s favor, what the victory did was to give Gregg Popovich another accolade for his trophy case: surpassing Phil Jackson for sixth on the NBA’s all-time win list.

While probably Pop couldn’t care less about the feat, it reminds us of just how dominant the Spurs have been in his 21-year tenure. We often attribute the team’s success to two key components: incredibly talented players and a system that allows them to flourish.

Everyone knows about the players over this run; David Robinson, Tim Duncan, Tony Parker, Manu Ginobili and Kawhi Leonard, but the system is a little more complicated. Obviously, there are the dozens of offensive and defensive schemes the coaching staff has drilled into the mind of every Spur over the past two decades.

At its most basic level, it’s about Pop’s attention to detail. If you miss an open teammate on offense or fail to close out correctly on a good shooter, the coach will let you know about it. I’m sure Danny Green and Tony Parker could make a best-selling novel out of some of Pop’s most brutal diatribes.

That’s probably what he’s most known for – having the cojones to rip into Tim Duncan for failing to help on defense one time or Kawhi Leonard for getting caught on a screen. What unfortunately gets left out of the picture is Pop’s encouragement when a player makes the smart decision. In Sunday’s game, there was one play that stuck out in particular:

“Those are the type of plays that Pop appreciates the most…” pic.twitter.com/QuGu5lx8G5

Look at that excitement. Here’s Pop in the middle of winning the 1156th game of his career, yet he hops up out of his seat to celebrate a drawn charge from a 26-year old, undrafted rookie, and help him up off the court. There’s a reason guys like Bruce Bowen and Fabricio Oberto (and hopefully Brandon Paul) have risen from obscurity to success in San Antonio. Pop may harp on their mistakes, but he’s absolutely going to praise a smart play. It’s the combination of the two that makes San Antonio’s culture as special and effective as it is.