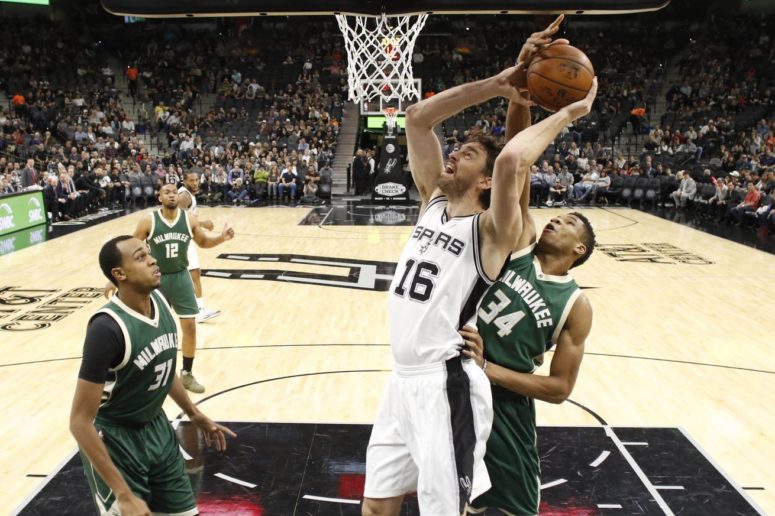 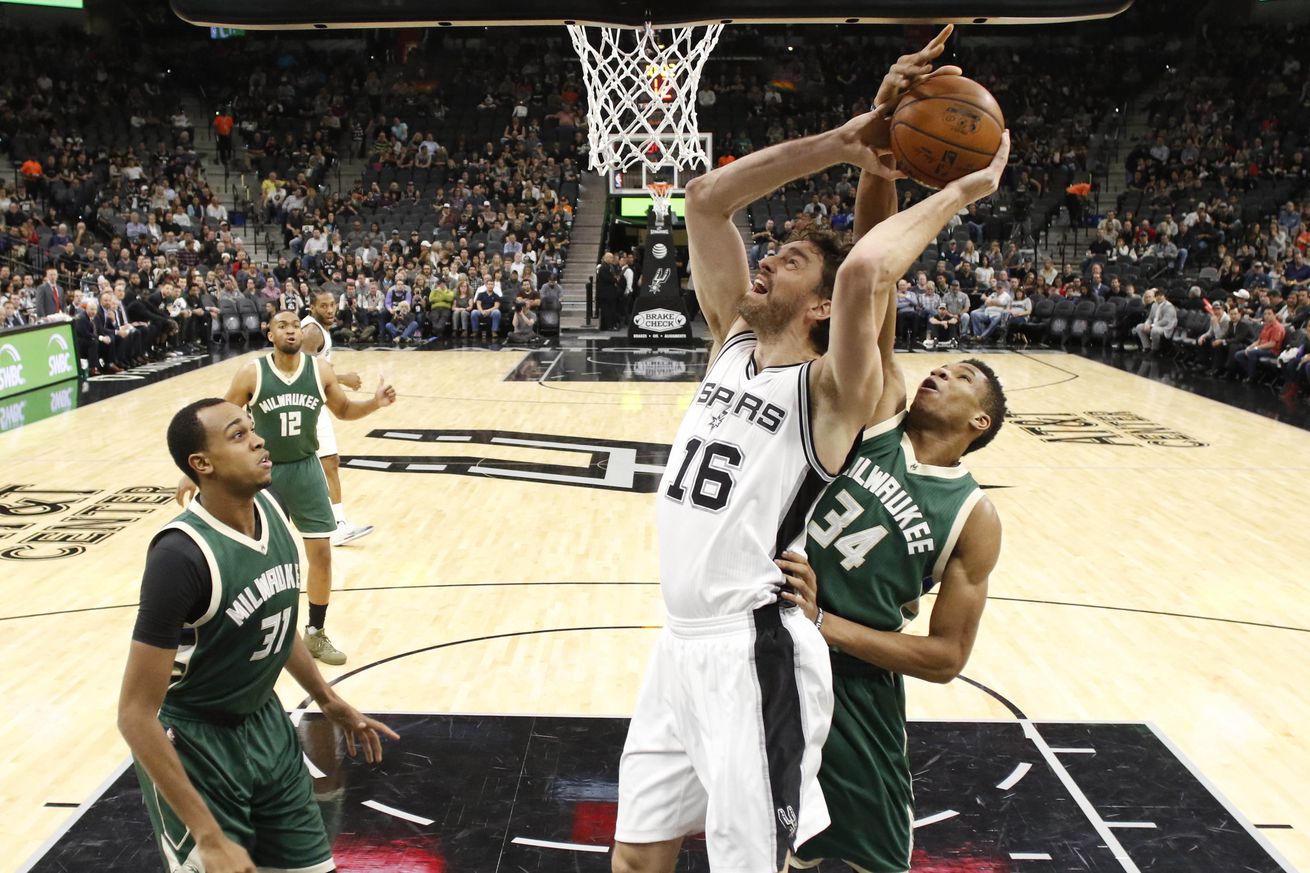 The Spurs hope to extend their winning streak against the slumping Bucks.

This certainly isn’t where I thought the Bucks would be at this point. Giannis Antetokounmpo looks like a serious MVP candidate, Khris Middleton is finally healthy and Malcolm Brogdon is picking up from where he left off last season. And yet, after starting the season with an impressive 3-1 record, Milwaukee has fallen to two games below .500 due to a series of alternating offensive and defensive disasters. Their once-promising start has reverted to another season of Meh-waukee basketball. We’ll see what happens now that Eric Bledsoe has arrived as reinforcement at PG.

There’s no good sports injury, but, yeesh, Jabari’s ACL tear is especially rough for both him and Milwaukee. Parker has already missed 38% of games in his career due to injuries, and that’s only going to get worse after this year. For the Bucks, his elite scoring potential would be a critical addition to a team sorely lacking playmaking.

While Brogdon and Middleton are solid role players, Giannis is currently the Bucks’ only above-average ballhandler. With the Greek Freak on the bench, Milwaukee’s offensive rating plummets from a stellar 111.8 to a putrid 101.5. Their bench is the 2nd most inefficient in the league, largely because they lack a premier secondary option.

As bad as their offense has been, the other end of the floor might be even more disconcerting. They have a hard time getting stops, mainly because…

Their gameplan is ineffective

Mitchell Maurer at Brew Hoops has delved into the Bucks’ defense in depth here. Milwaukee plays a hyper-aggressive defense that is designed to cause chaos with their length. Having guys like Giannis, Tony Snell, John Henson and Thon Maker should make this a formidable strategy. The problem? The rest of the team isn’t all that adept defensively. Matthew Dellavedova and Mirza Teletovic are a step too slow in a defensive scheme that requires near-perfect positioning.

The team simply cannot execute this scheme perfectly for 48 minutes. And boy have the results been disastrous. The adjustments are too slow – they often fail to close out and allow opponents to take and make open threes (2nd to last in opponent 3-point percentage). The Bucks have also managed the 24th defensive rating in the NBA, despite maintaining one of the league’s slowest paces (22nd).

Something needs to change – and fast. The Bucks have enough versatile defenders here to develop a more formidable scheme. History indicates Jason Kidd can do it; he led a far less-talented Bucks squad to the 4th best defensive rating just three seasons ago. If Kidd can’t solve this seemingly simple debacle, Milwaukee may be forced to look for alternative coaching options.

Matchup to watch: Giannis Antetokounmpo vs. Danny Green/Brandon Paul. The Greek Freak has absolutely dominated on both ends of the floor this season, averaging a mammoth 31 ppg, 9.9 rpg, 5 apg on 58% from the field. Danny Green and Brandon Paul will both get their chances to try to limit his production, but Giannis has a size advantage on both of them. This could be one of those games where Kawhi’s absence will truly be felt.

As always, PtR’s Gamethread will be up this evening for those who want to chat through the game or you can follow PtR’s twitter feed as the game unfolds.