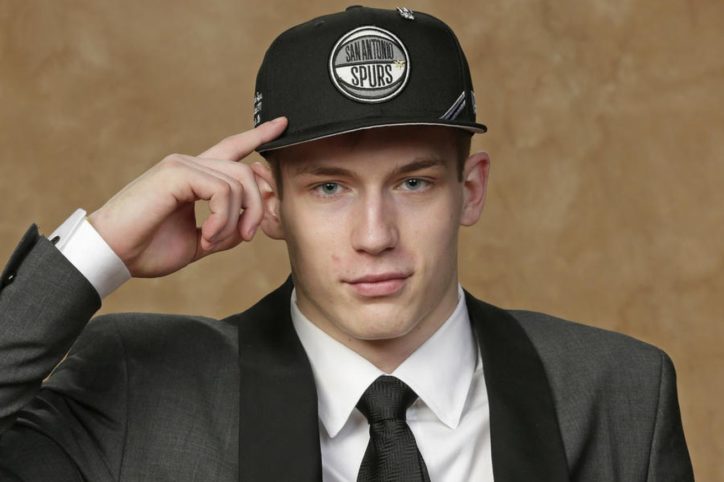 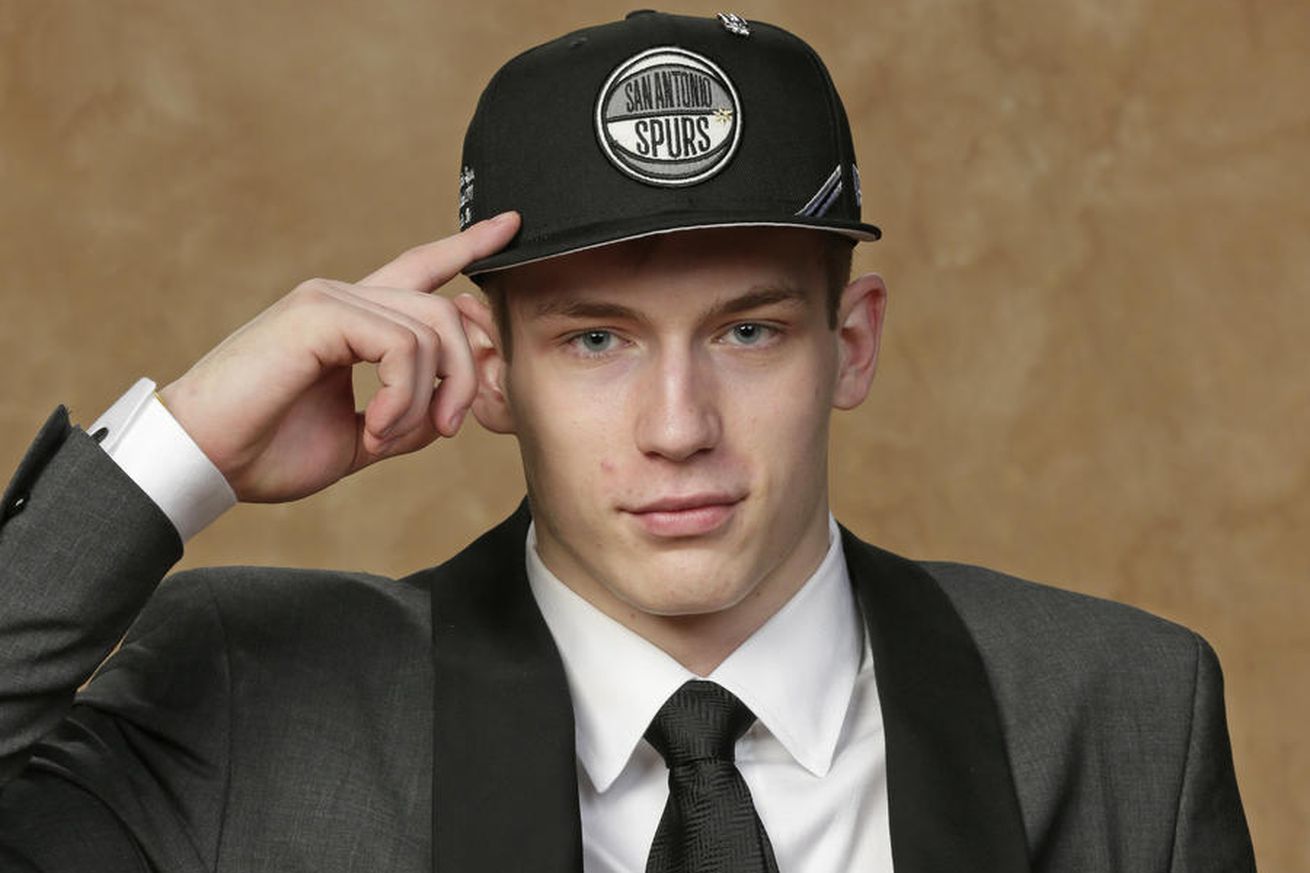 The Spurs had one of their bigger draft nights in team history. How did they do?

Months of scouting, workouts, and interviews culminated as the 2019 NBA Draft came and went last night. Thirty organizations reloaded with talented prospects, and 60 players realized a lifelong dream to play in the NBA.

While perennial lottery locks like the Phoenix Suns and Orlando Magic have tried and failed to build championship contenders through the draft, the San Antonio Spurs have annually revamped their roster on the shoulders of late first-rounders.

Every single team in the NBA has picked in the lottery at least once since 2007, except the San Antonio Spurs – who haven’t had a lottery pick since 1997.

With the 19th, 29th and 49th pick at their disposal, this year was more of the same for the Silver and Black — one exception being two first-round selections in their possession for the first time since they took David Robinson and Greg “Cadillac” Anderson in the 1987 Draft.

Spurs fans would rush to give their stamp of approval if any one of the 2019 draftees turn out anything like the Admiral, but only time will tell how the newest young faces of the franchise will develop. For now, all we know is how they played at their previous level of competition and how they might project to next stage.

Keeping that in mind, how did San Antonio’s front office grade out at the league’s yearly welcoming party for incoming first-year players?

The San Antonio Spurs shocked everyone when they selected 19-year-old Luka Šamanić with their first pick of the night. Versatile forwards with the ability to defend multiple positions was definitely a void that needed filling, but no one had the Croatian teenager slated to come off the board this high.

His ability to shoot, handle the ball and switch onto smaller players were highlighted during his lone appearance at the NBA Combine scrimmages.

Here’s a look at some of Luka Samanic’s highlights from the 2019 #NBA combine, where he competed hard, made plays + earned his stripes playing against American competition in front of scouts + GMs. The #Spurs have selected him with the 19th overall pick. pic.twitter.com/uUr4VEKDUe

Although those skills should translate well in today’s pace-and-space era of basketball, Luka must add muscle to his slight frame if he wants to avoid the Davis Bertans treatment down low.

After Griffin put Bertans on a poster last night, it got me wondering. Doesn’t it feel like guys dunk on Davis all the time? So I found a few clips, and it turns he gets dunked on a lot. Don’t feel too bad though, Bertans returned the favor on Deyonta Davis last year! #GoSpursGo pic.twitter.com/DfoIz2Dqal

Samanic, 19, was at the combine & impressed during the scrimmage. He’s gone from 208lbs to 230 in 2 months and hopes to join a good organization.

He doesn’t know Bojan, but the two share an agent.

Many people immediately questioned whether Šamanić would make the jump directly to the NBA next season. However, the forward dispelled any concerns regarding another draft and stash project in his presser.

Luka Samanic said it will be a “blessing” to play for Coach Pop and the Spurs.

Luka says he expects to play in the NBA “right away.”

His desire to play from day one is admirable. Unfortunately, we’ll likely see him spend a significant amount of time in Austin with the Spurs’ G-League affiliate.

What makes this pick controversial is the fact high-ceiling prospects like Brandon Clarke and Nassir Little were still available. General Manager R.C. Buford tends to have solid judgment when it comes to identifying international talent, so I’ll give the Spurs a pass here while keeping an eye on Clarke and Little moving forward.

In juxtaposition with the prior pick, Keldon Johnson’s situation couldn’t be more dissimilar. The Kentucky one-and-done was a consensus top-ten recruit coming out of high school and was considered by some draft experts to be a potential lottery selection.

Lucky for San Antonio, Johnson took a slide down the draft boards and fell right into their lap. It couldn’t have been pleasant watching his stock slip, but the Spurs are a perfect landing spot for any young player looking to maximize his potential.

Scouts praised Keldon for being competent in nearly every facet of the game, and they ragged on him for not excelling in any one area. His six-foot-nine wingspan and sweet shooting stroke suggest 3-and-D potential.

While most rookies spend their first go-round refining their skills in Austin, the former Wildcat has a genuine shot to crack the rotation in year one. Though it didn’t always show at Kentucky, he takes pride in playing hardnosed defense, and Coach Gregg Popovich will surely appreciate his efforts.

Kawhi Leonard and George Hill were the last rookies to play major minutes for the Silver and Black, and both showed incredible tenacity on the defensive end. Leonard and Hill could also be categorized as draft day steals, and Johnson could be next in line if he plays his cards right.

We round out the last of San Antonio’s selections with four-year starter out of Mississippi State, Quinndary Weatherspoon. He’s a tad undersized for the two-guard position and lacks the court vision of a traditional point guard, but what he lacks in height and explosiveness, he makes up for in skill.

Weatherspoon is a crafty scorer, stable shooter, and a willing defender. Despite R.C. Buford’s praise for his high character and overall basketball ability following the conclusion of the 2019 Draft, don’t expect to see the combo guard at the AT&T Center any time soon.

Summer League will provide a glimpse of what Quinndary has to offer, and the G-Leauge will probably be his mainstay. Second-rounders don’t tend to stick in the NBA, so don’t get too up in arms over this pick.

Having said that, there were definitely better players and better fits to be had at this point in the draft. There was already a logjam at both guard spots, and Weatherspoon is just too small to slide up and play as a forward.

Jontay Porter, Tacko Fall or Naz Reid made more sense as low-risk, high-reward big men for San Antonio. Jakob Poeltl and LaMarcus Aldridge are the only true big men on the roster, and depth at a position of need never hurt anyone.

This one is a bit of a head-scratcher.

Grading each of the Spurs’ 2019 Draft picks
Source: Pounding The Rock