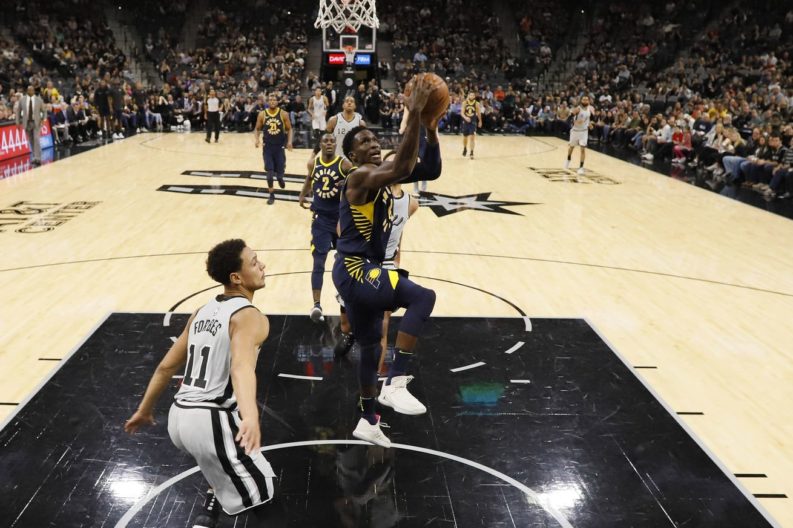 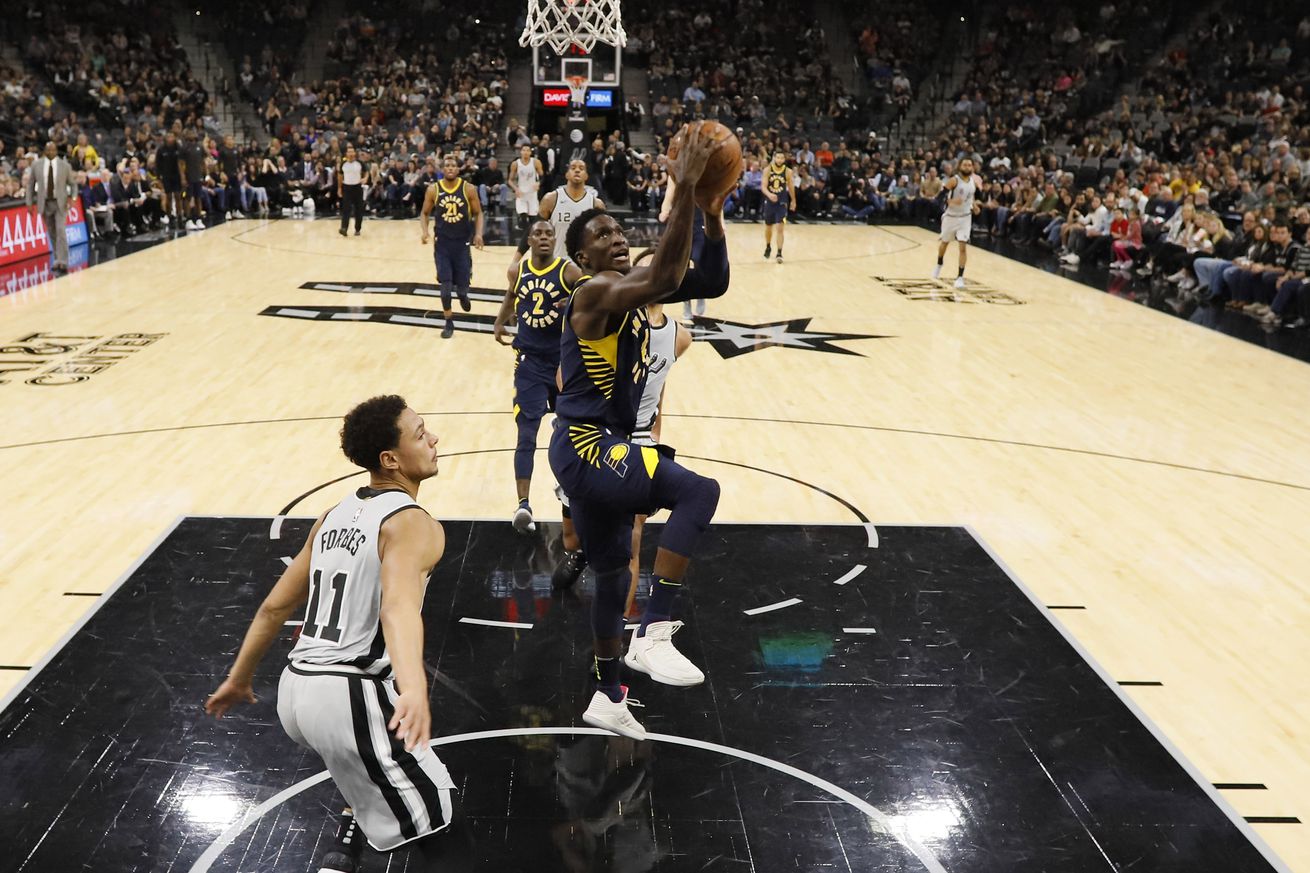 After Monday’s barn burner in LA, the Spurs return home to face the Pacers.

Welcome to the game thread. If you missed the game against the Lakers on Monday, you might want to get league pass just to watch the replay. But tonight, the Spurs are facing the Indiana Pacers, led by Victor Oladipo, who is already having a breakout year. There aren’t any easy games this year for the Spurs, and expect LaMarcus Aldridge and DeMar DeRozan to play huge minutes as they face their first Eastern Conference team this year in their second home game of the season. [Writer’s note: If Pop rests one of his stars, ignore the previous sentence.]