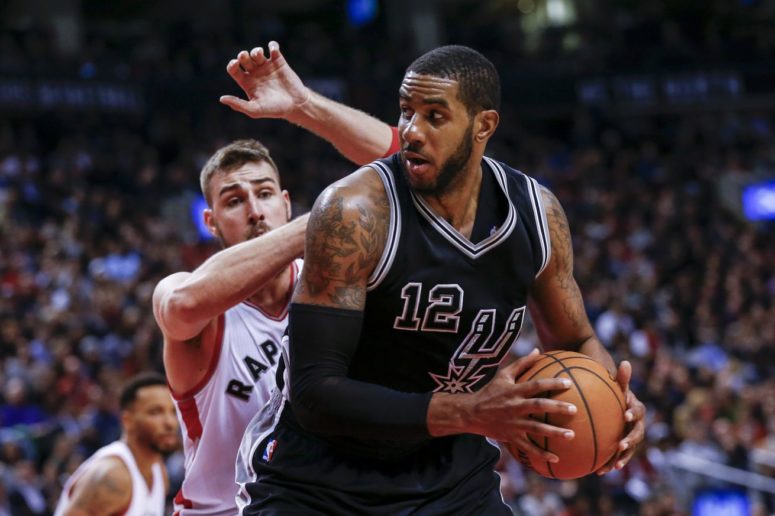 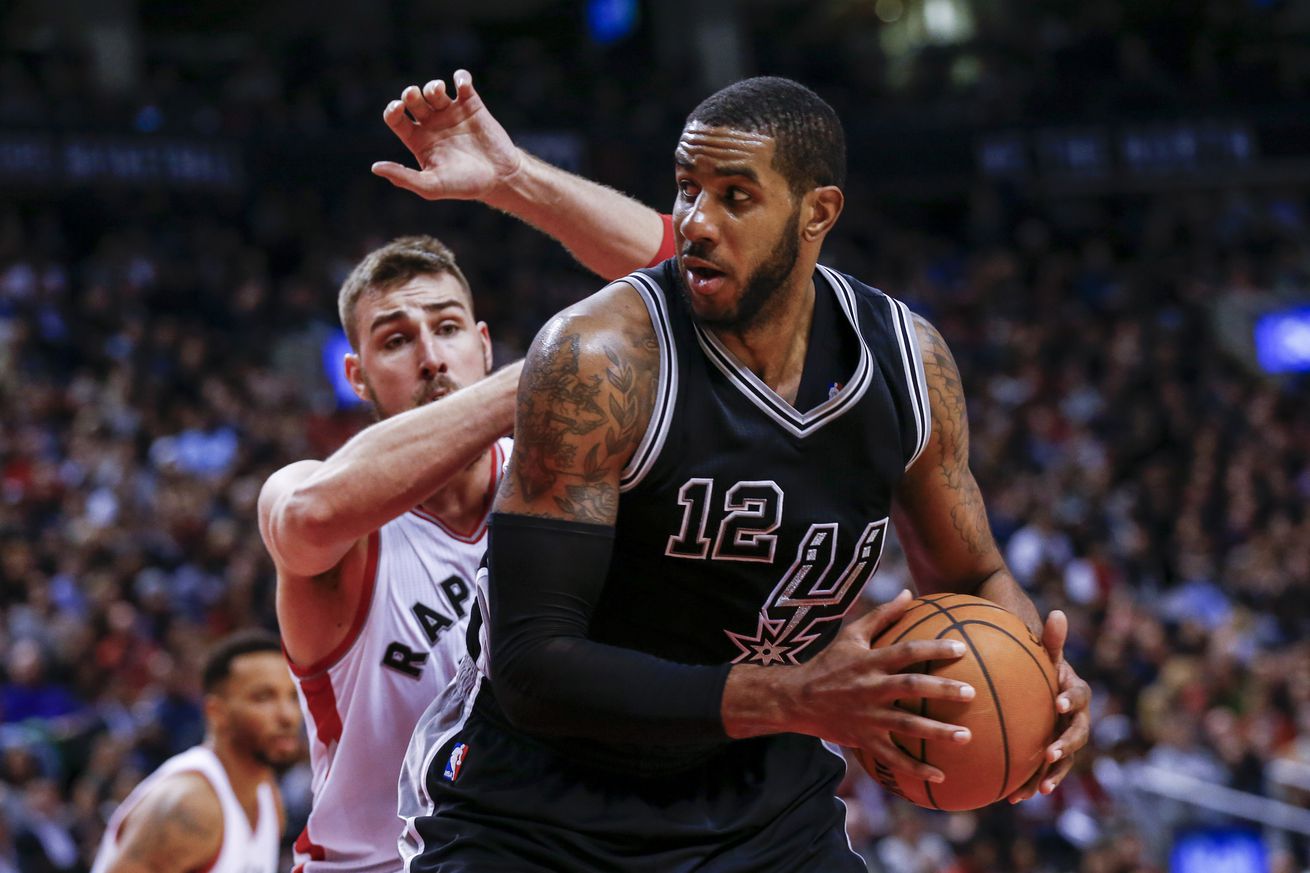 The Spurs take on the second of six straight Eastern Conference foes.

After a sloppy win against the rebuilding Chicago Bulls on Saturday, the San Antonio Spurs return home to face a team on the other end of the Eastern Conference’s spectrum: the Toronto Raptors. The Raptors have become a somewhat forgotten contender in the East thanks to the recent rise of the Boston Celtics and Washington Wizards, but they are still a dark horse candidate if things go right.

They still have the dynamic guard duo of Kyle Lowry and DeMar DeRozan, and forward Serge Ibaka has been a thorn in the Spurs’ side ever since he entered the league. All three performed well in a blowout win against the Joel Embiid-less 76ers on Saturday and will present the Spurs their steepest challenge yet in this very young NBA season.

Jeff Teague was a nice challenge for Dejounte Murray in his first game as the Spurs’ temporarily-permanent starting point guard (or maybe not?), but Lowry and DeRozan are on another level. No matter who he’s guarding, this will be a real test for the second-year guard on the defensive end and an excellent chance for him to show what all he can do with that serious wingspan.

Assuming he plays in more than 51 games for the Spurs, Rudy Gay‘s stint in Toronto for parts of the 2012-13 and 2013-14 seasons will go down has the briefest and possibly least memorable destination of his career. After being traded from Memphis despite being their leading scorer, Gay was perhaps miscast as the “next great player” who would lead the Raptors to the playoffs after Vince Carter and later Chris Bosh had bolted town.

Even though Gay set a franchise record by scoring 74 points in his first three games north of the border and put up similar scoring numbers overall, his shooting numbers of only 0.411 FG% in Toronto were by far the worst of any of his stops. The Raptors missed the playoffs in 2013, while the offensively-challenged Grizzlies made the 2013 Western Conference Finals without him. He was traded to Sacramento not far into the next season in a move that, at the time, was seen as a win-win for both sides.

In a way, those 51 games in Toronto probably hurt his reputation more than any other in his entire career. They made him look soft and incapable of leading a team to the playoffs, and that label has lingered ever since, even as he was put in a no-win situation with the Kings. Now that he is with the Spurs, he has a chance to redeem both himself and his career. There’s no pressure to be the team’s leader or main scorer, and no pressure to help guide a team to playoffs that has rarely been there before.

Now, he can do what he knows is best and contribute to a winning franchise that is more than happy to take whatever he provides, be it points, rebounds, or simply the ability to create new-look lineups. With peace of mind, Gay can just be himself now instead of being forced into situations that are beyond his ability. Hopefully, he is finally home.