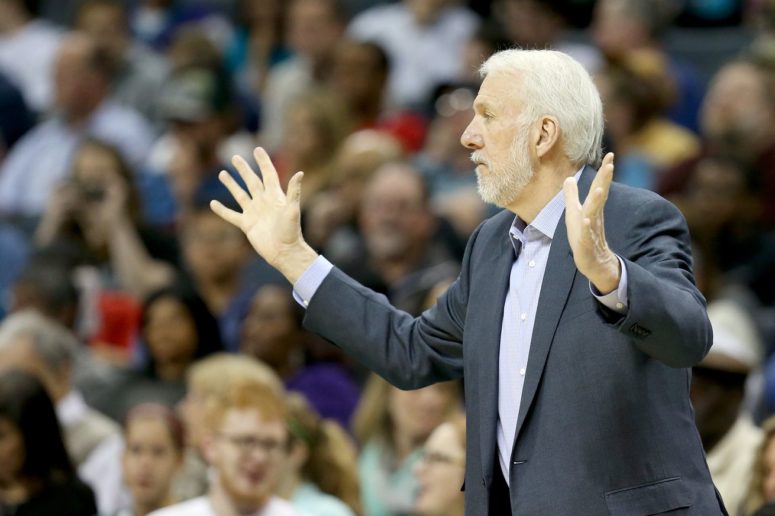 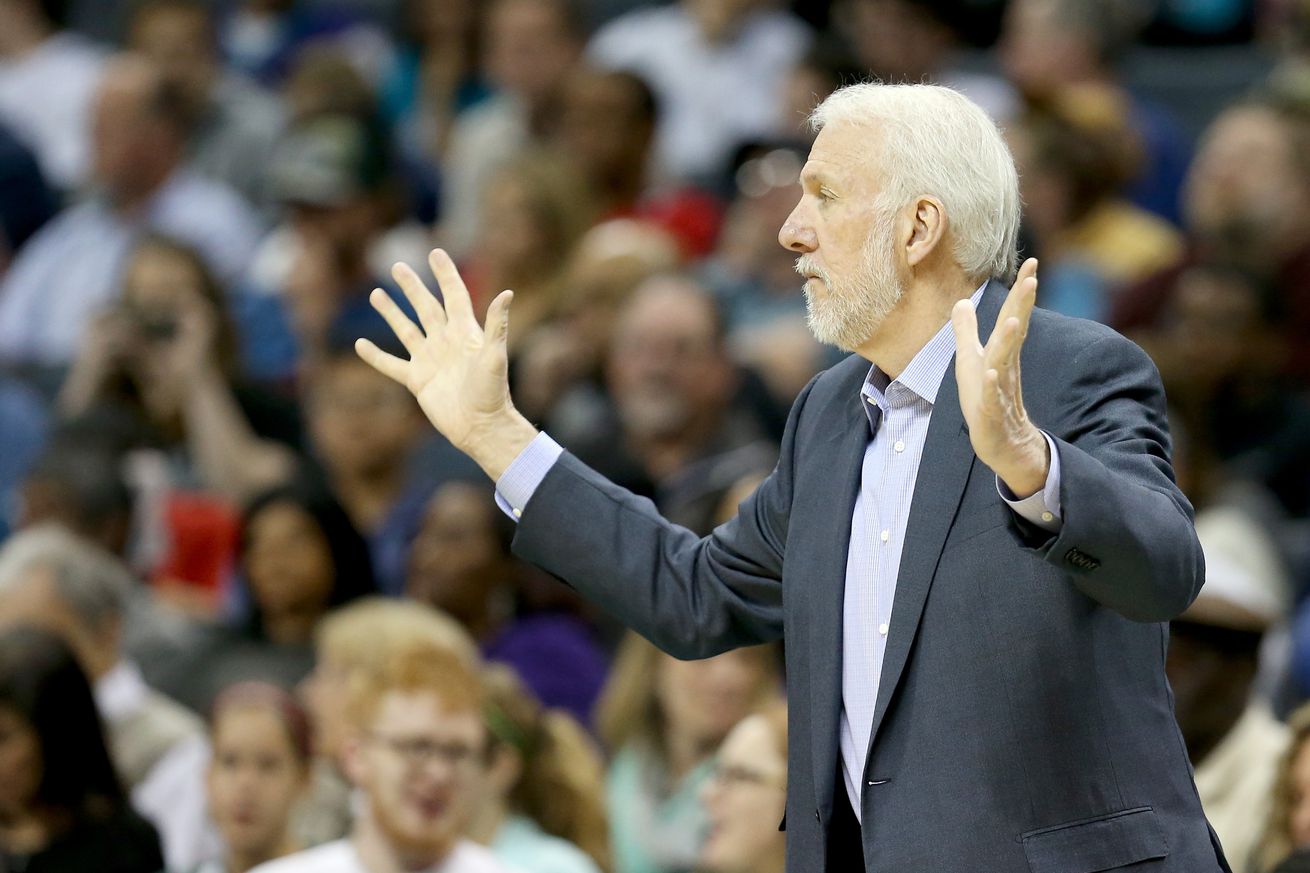 For each of the five games Pop needs to tie for 6th most wins, we’ll remember one of the Spurs championship nights.

With the victory in Chicago, Gregg Popovich needs only four more wins to tie Phil Jackson for the 6th highest win total for any coach in NBA history.

Since one win deserves another, we are celebrating each of the last five victories Coach Pop needs to reach Phil, by recalling Pop’s 5 Championship-winning games. That makes the Spurs win over the Bulls on Saturday the first of the last five, which means that today, we’ll start at the beginning.

Not only was this the first NBA championship for the Spurs, it was the first for any ABA team.

What I remember most is the footage of the Knicks showing up at Madison Square Garden to warm up and finding the NBA rehearsing the trophy ceremony in the event of a Spurs win and Jeff Van Gundy leaning on a banister waiting for clearance to face his fate. Check the 11:00 minute mark of this video replay of the NBA Finals Game 5.

Bookend that night with the game-clinching shot (2:01:17 in the same video above) coming from Avery Johnson, the 5’10” point guard who had been cut multiple times on his way to become a starter in San Antonio. The consistency of belief and support from Popovich (who brought Johnson with him from Golden State to San Antonio in 1994) was one of the driving forces that carried #6 through his career as a Spur.

Pop made a concerted effort to get Johnson and Sean Elliot involved early in the game to keep Tim Duncan and David Robinson for the late game punch.

Duncan scored 31 points with 9 rebounds as Robinson pulled a double-double with 15 points and 12 rebounds. Jaren Jackson shot 3 of 6 from deep and totaled 11 points. The Knicks fought hard, but without Patrick Ewing, they were no match for the Twin Towers.

What makes this Championship so Popovich? Well, coach talks about players being “over themselves,” and in 1999, the Spurs were definitely that. Just look at the starting line-up. Begin with David Robinson who, it goes without saying, is a true gentleman. Was there ever a player who expressed his understanding of the game more directly than Tim Duncan? Then there was Avery Johnson, whose grit and determination matched the humble nature of his NBA career trajectory. Finally, there’ Sean Elliot’s team-first mentality that resonates to this day in his telecasts.

What are your memories of the 1999 Finals? Please join in the discussion in the comments section below.