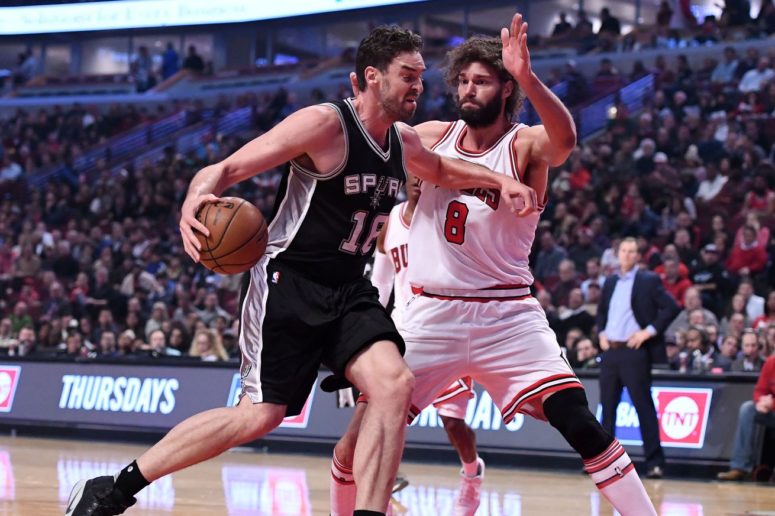 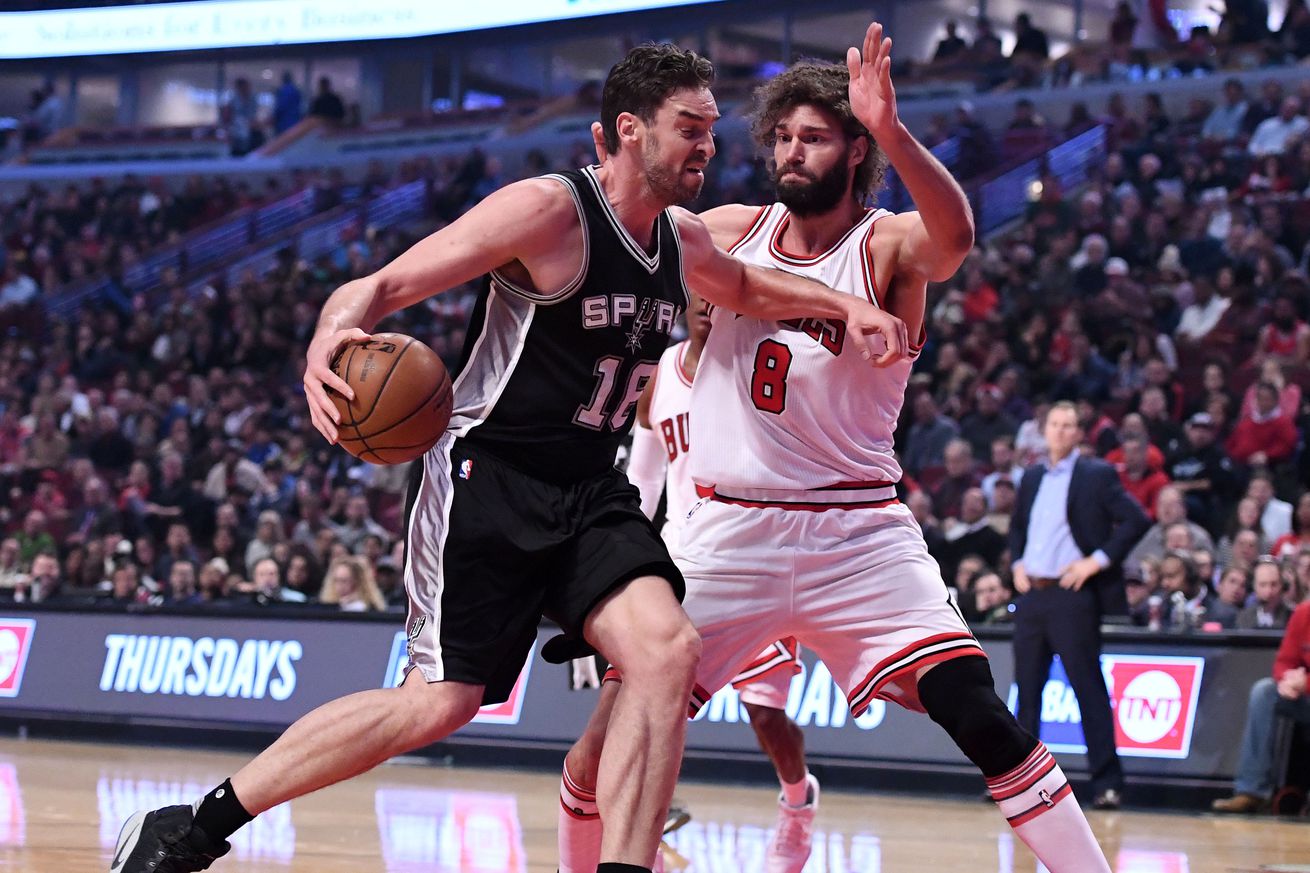 After a victory in their home opener, the Spurs hit the road to take on the Bulls in Chicago. Can they keep the momentum rolling?

The San Antonio Spurs are heading into the second game of the season looking to build off of a strong 107-99 victory in their home opener against the Minnesota Timberwolves. Despite missing star Kawhi Leonard, they rolled behind LaMarcus Aldridge and his 25-point, 10-rebound effort.

The Spurs’ first road trip of the year takes them to Chicago, where things could be better. The Bulls dropped their home opener by 16 points to the Raptors and will be relying on a roster of castaways and fledgling talent for the foreseeable future. It bodes well for San Antonio to pick up its second win of the early season.

After signing a three-year, $72.5 million contract extension earlier in the week, LaMarcus Aldridge backed up his payday with a strong first game of the season against the Timberwolves. Aldridge scored 25 points on 9-of-21 shooting from the floor, and pulled down 10 boards in the victory. After a somewhat contentious start to his Spurs career, Aldridge looked extremely comfortable in the start of his third season in black and silver. Gregg Popovich and his staff got Aldridge rolling to the basket early and often in the opener, honing in on a skill set which helped him excel over the course of the early part of his career with the Portland Trail Blazers.

After seeing him so effectively used around the basket and in the pick-and-roll game in the opener, it will be interesting to see if this trend continues. Aldridge has had a propensity to settle for low percentage mid-range jumpers over the course of his first couple of seasons with the Spurs, but if that ends, it could lead to more efficient offense for both Aldridge, as well as the Spurs as a whole.

Kick ‘em while they’re down

The Bulls are off to an 0-1 start to the season, but that’s the least of their concerns. There have been echoes over the last couple of seasons of Bulls coach Fred Hoiberg losing the locker room, which only grew louder after the latest incident in Chicago right before the season tipped off. Earlier this week, it was reported that Bulls forward Bobby Portis was involved in a practice altercation with teammate Nikola Mirotic. The dispute led to a fist fight, according to reports, and Portis ended up landing a few punches that fractured Nikola Mirotic’s face. Now, with Mirotic out indefinitely and Portis suspended due to the incident, an already-bad Bulls team is now shorthanded. Look for the Spurs to pounce on a weak and injured opponent in the first road game of the year.

For the Bulls fan’s perspective, visit Blog A Bull.