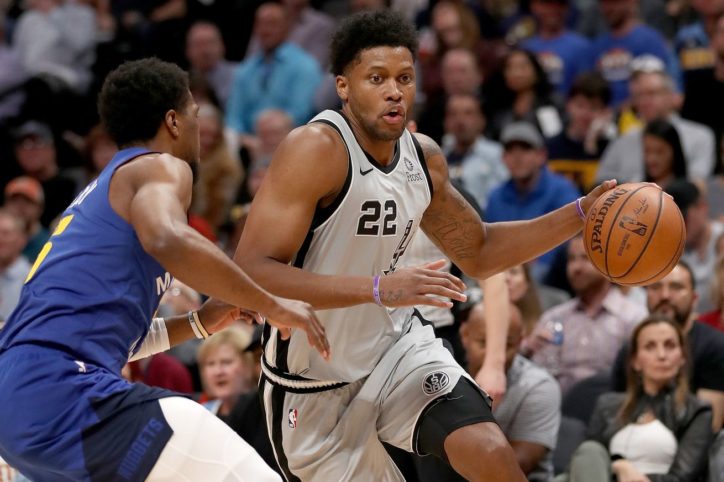 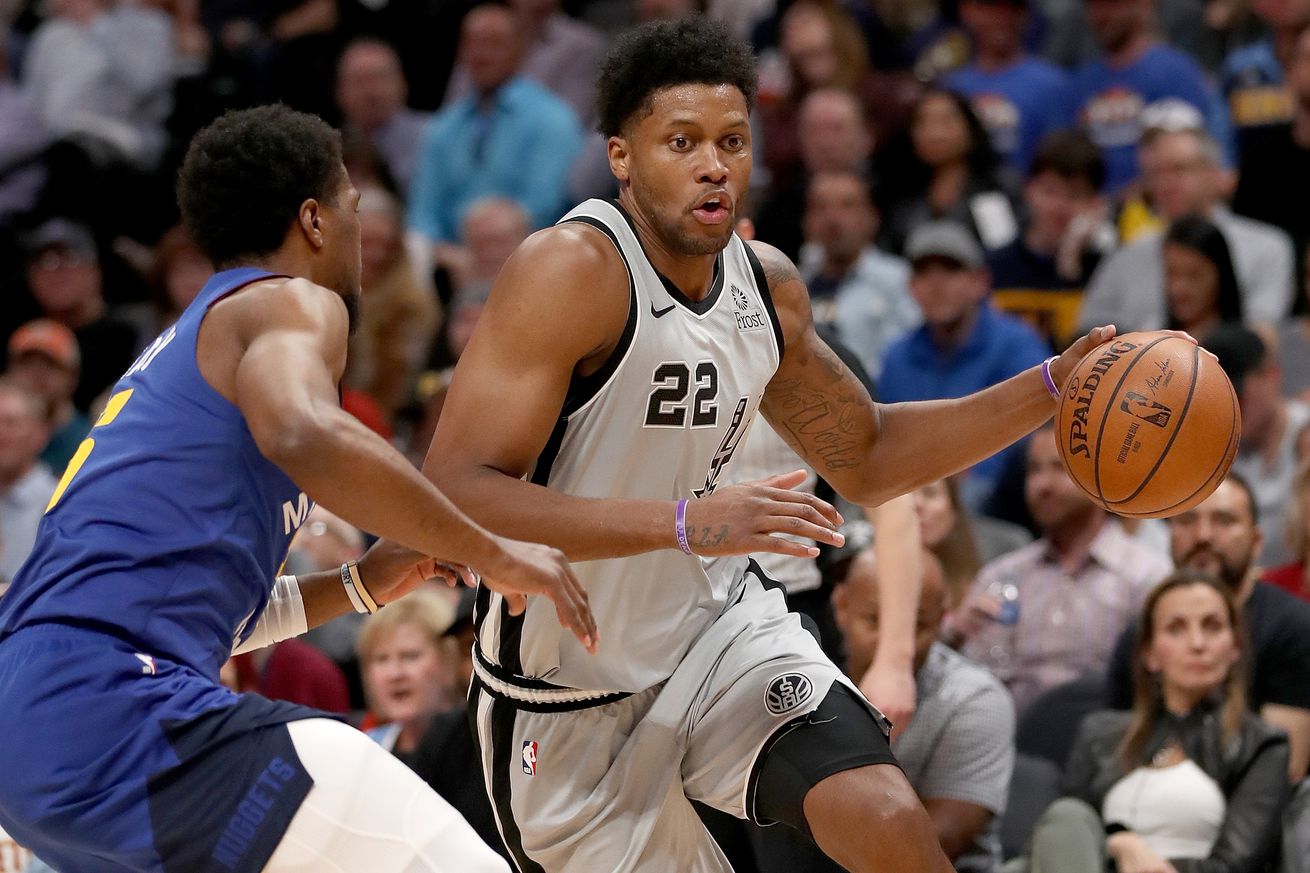 The Spurs won’t be big players this summer, and that’s probably OK.

After a hard-fought but ultimately disappointing first round exit in the 2018-2019 playoffs, the San Antonio Spurs will now look towards the future. The majority of the Spurs’ roster is under contract for next season, giving the Spurs little in the way of cap flexibility.

The Spurs bought out Pau Gasol in March, with Gasol agreeing to give back $2.5 million in guaranteed salary. Roughly $800,000 of that amount was deducted from the Spurs’ 2018-2019 salary and $1.7 million will be deducted from the 2019-2020 salary. That leaves the Spurs with just over $5 million in dead money next season. The Spurs could choose to spread this amount over the next three seasons, which would reduce the amount of dead money next season from $5 million to $1.7 million. The extra cap space could, in theory, free up space to sign free agents, but the Spurs aren’t likely to be players in this summer’s free agency period. Unless something unexpected happens, I’d expect the Spurs to eat the entire $5 million next season to free up as much space as possible for the summer of 2020 when they could have a lot more cap space.

Teams are allowed to go over the salary cap to sign their own free agents using Bird rights. To prevent teams from signing other free agents with their available cap space then going over the cap to sign their free agents, the NBA came up with a cap hold. A cap hold is a specific amount of money a team’s free agent counts towards a team’s overall salary cap. This article won’t go into the details of how these figures are calculated, but just know that the cap hold remains on the books until the team’s free agent is signed or the player’s rights are renounced. Once renounced, a team loses the Bird rights of the player and can no longer go over the cap to resign said player.

I believe Rudy Gay is the only player of consequence of those with a cap hold this offseason. Dante Cunningham, Donatas Motiejunas, and Quincy Pondexter will likely have their rights renounced. Until Gay is signed or his rights are renounced, his $13 million cap hold will count towards the Spurs’ salary cap.

Working from over the cap

Unless some unforeseen trades take place, the Spurs aren’t going to have the cap space to sign another free agent who would be able to match or exceed Gay’s productivity. With that in mind, I feel it would be in the Spurs’ best interest to make re-signing Gay their top priority this offseason. Given Gay’s strong play and overall good health this past season, I would expect the Spurs to offer him $10-12 million a year. In doing so, the Spurs would be at $114-116 million in salary for 14 players.

Since the Spurs would be working from over the cap, they would have two exceptions at their disposal for signing outside free agents.

Of course the Spurs would already have 14 players under contract, with 10 or 11 of those players having a legitimate shot of playing regular minutes, so it’s possible they would save these exceptions for the buyout market or a rainy day. Trevor Ariza could likely be had for the MLE, and would certainly fill a need as a defensive wing, but I’ll save free agent speculations for future articles.

Working from under the cap

There are four main ways the Spurs could clear cap space this summer if they were to try and get their team salary under the cap:

Renouncing the rights of all free agents and spreading Gasol’s salary over three seasons would bring the Spurs’ salary to $100.5 million, creating around $8.5 million in cap space. The Spurs would also have to renounce their non-taxpayer MLE and BAE, as those exceptions count against a team’s salary if the team is under the salary cap.

There is an imbalance in the current construction of the roster that the Spurs should probably address. DeMar DeRozan and Marco Belinelli are both traditionally guards who were forced to play the 3 at times due to the Spurs’ excess in guards and lack of small forwards. It’s only going to get more complicated next season once Dejounte Murray returns and Lonnie Walker IV starts earning his place as a regular rotational piece. There’s also a surplus of shooters, though that wasn’t reflected in the playoffs. Moving one of those shooters for a wing defender could be an option.

Bryn Forbes, Davis Bertans, and Belinelli are the three names on the roster who stick out to me as possible trade candidates. All three of these players are typically reliable shooters, and all three are on expiring contracts.

The least likely out of these three to be traded is Forbes, though he may have the most trade interest from other teams looking for shooting. Forbes’ salary next season is under $3 million, so that’s great value for the Spurs. It also makes it difficult to find a player of similar salary who would be a better fit than Forbes. If the Spurs are looking to make a trade to create cap space instead of trading for another player, Forbes’ $3 million salary wouldn’t be of much help in that regard either. Throw in the fact that Pop loves the kid, and it makes a trade of any kind unlikely.

The one issue with Forbes next season is that unless spacing starts becoming a major issue, the return of Murray will likely push Forbes to the bench. This would mean a bench unit of Forbes and Mills. They are both undersized at their respective position and are negative defenders as a result. Lineups featuring these two had a net rating of 0 in the 625 minutes they played together this past season.

Bertans and Belinelli are the most-likely Spurs to be traded in the offseason. I would prefer that the Spurs kept Bertans. He was one of the top three-point shooters in the NBA by percentage last season, but Pop always seems to be looking for an excuse to not play him. Bertans fell completely out of the rotation the final two games of the playoffs. He also has a salary of $7 million next season, which could yield a better player in return or could open up more cap space if that’s what the Spurs were trying to accomplish.

Belinelli has a salary of $6 million next season. I enjoy watching Belinelli play when he’s on, but if it comes down to him or Bertans being traded, I would prefer to see Belinelli go. He probably has the least trade value out of the three, so a trade of Belinelli would likely be a salary dump. The Spurs might be able to get a second round draft pick (or maybe a swap of seconds), but I wouldn’t expect much else.

Of course there’s always ways to create cap space if a major free agent unexpectedly wants to join the Spurs, but by far the most-likely scenario is that the Spurs re-sign Gay, use their non-taxpayer MLE on a player like Ariza, and use their draft picks to continue building towards the future. I’d be perfectly OK with this scenario so long as at least one of the picks is a wing defender. The Spurs should be better next season with the return of Murray and with the other youngsters getting another year of experience under their belt. Having some consistency in the roster would also be nice, as it’ll help the players gain more synergy on the court.

What are your hopes for the summer?

Examining the Spurs’ salary cap situation for the 2019-2020 season
Source: Pounding The Rock