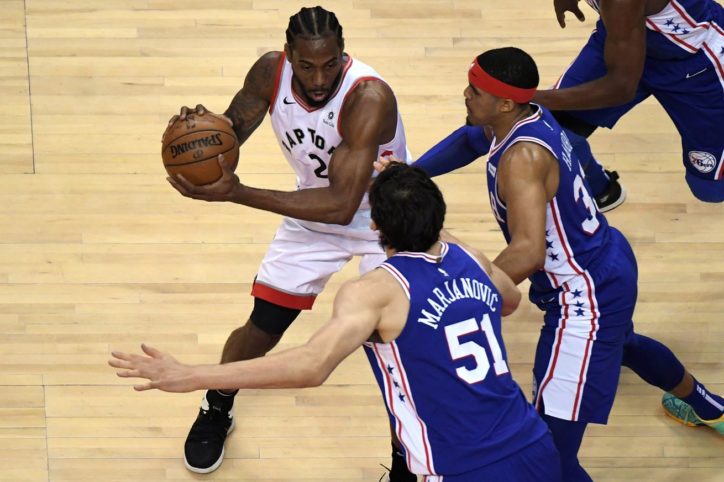 Ironically, they’re all in the Eastern Conference.

After a well-fought, seven-game series (the only seven-game series of these playoffs thus far), the San Antonio Spurs are officially on vacation. But some of those who have worn the Silver & Black in the past made it to the second round.

Strangely enough, there are no former Spurs players in any of the Western Conference teams. But the Eastern Conference seems to have embraced the Spurs culture and are reaping the benefits heading into the second round.

This season, Pau Gasol was the Spurs #16, but he wanted a bigger role and was waived by San Antonio to make his way to the Milwaukee Bucks, who ended the season as the top seeded team in the NBA.

Alongside Gasol is George Hill who has moved around over the last few seasons. After leaving Indiana, where he landed in his trade away from the Spurs, George has since played in Utah, Sacramento and Cleveland before moving to Milwaukee.

The Boston Celtics are the Bucks current opponent during the second round. And Bean Town has Aron Baynes, one of 3 members of the Spurs 2014 Championship roster who still have 2019 championship hopes. Baynes played 3 seasons with the Spurs before moving to Detroit on a huge payday contract. Two seasons later, he was traded to the Celtics where he’s made his presence known.

The other matchup features the Philadelphia 76ers which sports 7’3” Boban Marjanovic at center and wily swingman Jonathon Simmons. The 76ers are fighting to keep up with the Toronto Raptors, who received Spurs fan favorite Danny Green in a multi-player trade involving DeMar DeRozan and Jakob Poeltl.

Did I miss anyone else? No…good.

So feel free to root for your favorite former Spurs as the Easter Conference makes their way toward sending a representative to the NBA Finals.

Open Thread: Spurs are out, but some former Silver & Black are still in the playoffs
Source: Pounding The Rock