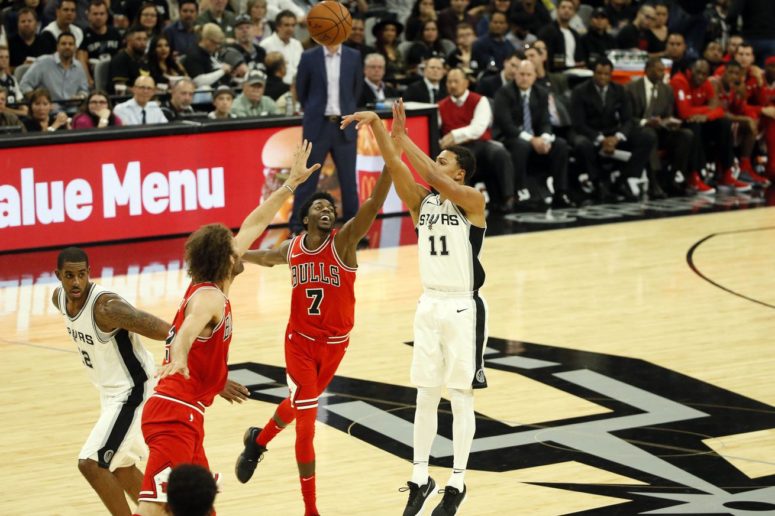 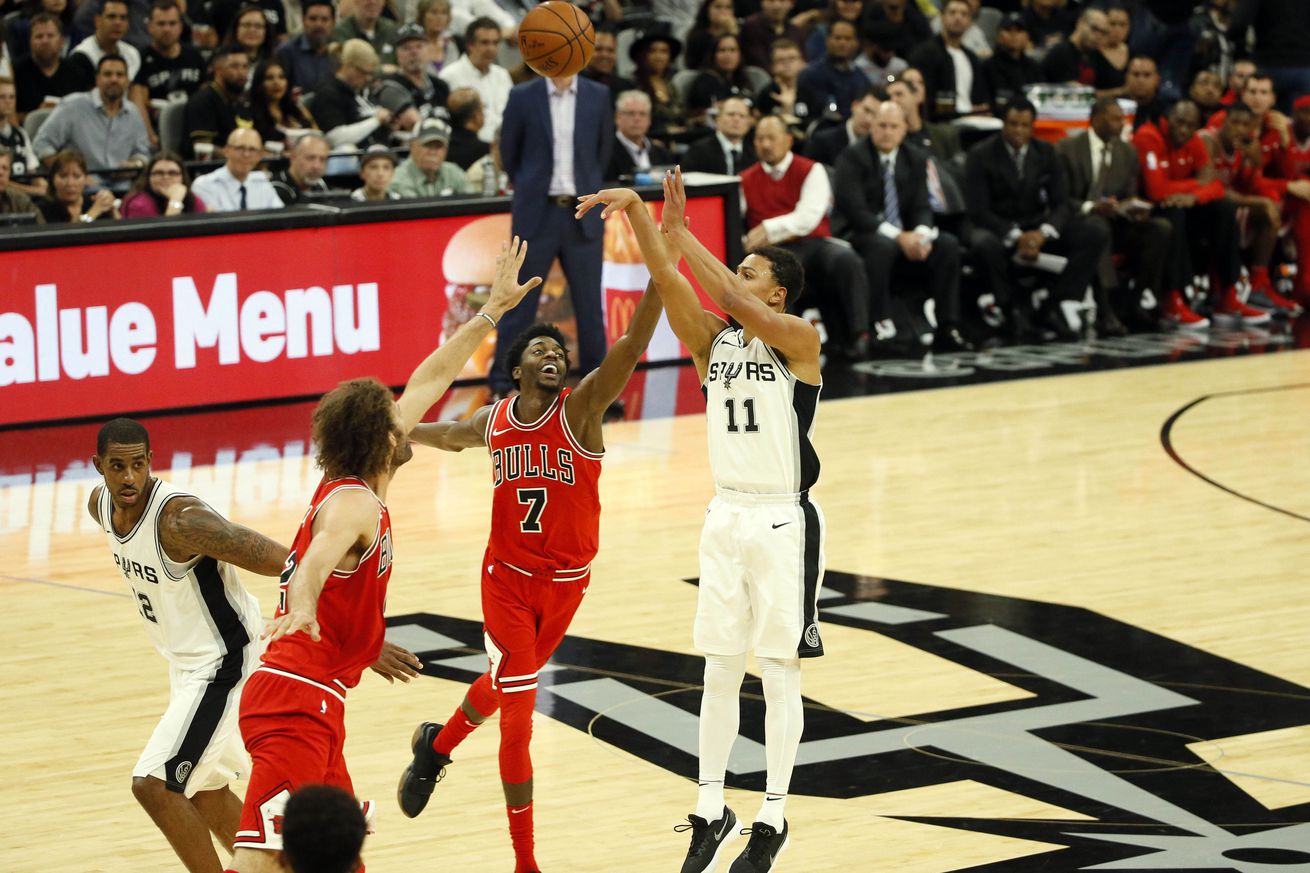 Tonight’s starting line-up included Pau Gasol LaMarcus Aldridge, Kyle Anderson, Patty Mills and Bryn Forbes. Darrun Hilliard and Matt Costello had their two-way contracts utilized as they rounded out the Spurs roster for the evening. The benefit of the Spurs system is having role players ready and available on nights like these when 6 players are unavailable.

This game marked Bryn Forbes debut in the starting line-up and he did not disappoint with 10 first half points. The Spurs started strong with a 3-point play by Anderson who has been a formidable substitute for the ailing Leonard. The Silver & Black built a lead early and continued the first 12 minutes ending the 1st quarter with a season high 37 while holding the Bulls to an opponent season low 15.

The Spurs ended the 1st half 63.6% going 7 of 11 beyond the arc with Pao Gasol continued his reign going 2 for 2, Forbes going 2 for 3 and Gay, Bertans, and Mills each contributing 1 each proving once again that each player in a Spurs uniform is capable of creating havoc while on the hardwood. The Spurs ended on a season high 18-27 for 66.7% from 3.

The Spurs have used the 3rd quarter in this home stand to essentially solidify the win or loss. Tonight’s 34-23 quarter continued the trend. A strong start in the 4th quarter led Pop to put Hilliard, Costello, Bertans, Murray, and BP3 in for what was extended garbage time minutes. Costello made a killer block on the defensive end. Murray broke out 2 for 2 from deep with 17 points contributing to the season high 67 bench points. For true Spurs fans, any opportunity to view players fighting for time is greatly appreciated.

When 8 Spurs score in double figures and share the ball with 33 assists, good things are bound to happen.

In a time when politics divides our country, we unite to honor the women and men who are the foundation of our country’s freedom. San Antonio has long been the home for servicemen and servicewomen of various branches. The Spurs reach out in a huge way throughout the season and always show respect, not just on national days of recognition. It’s a part of the pride so many Spurs fans feel to have the the military so closely linked to our city’s identity. Coach Pop has deep ties to both making him a true representative of San Antonio.

Add your favorite moment and thoughts of the game in the comments below.