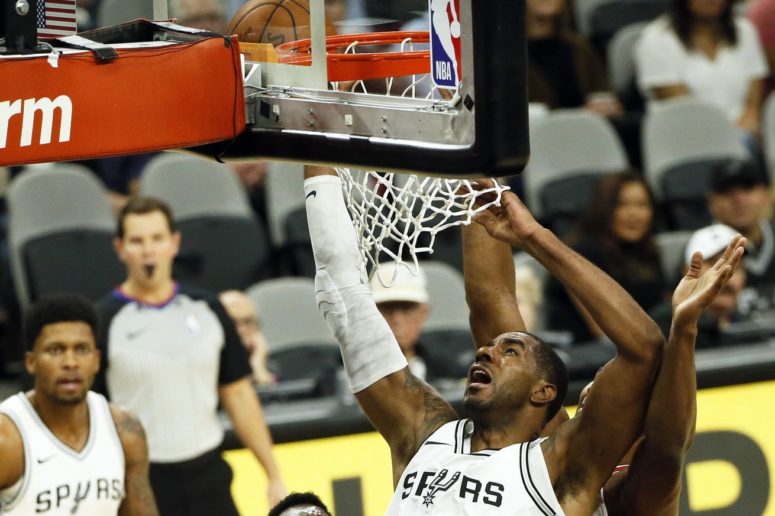 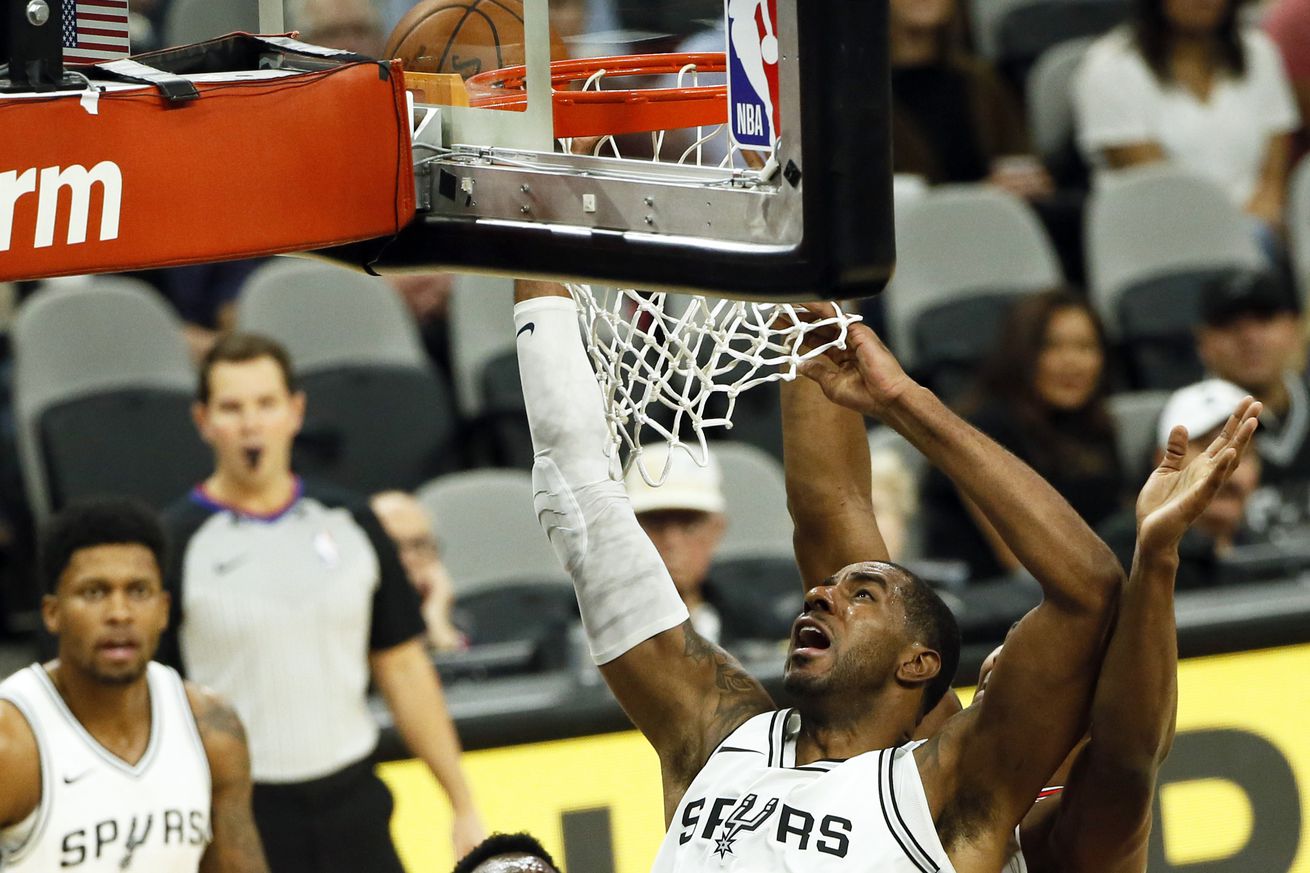 The short-handed Spurs reached deep into their rotation but had no trouble dominating a woefully overmatched Bulls squad.

Gregg Popovich didn’t have much to say when asked what he thought about a specific Bulls player before Saturday night’s game. “I’ve got enough on my plate,” he said, shrugging indifferently.

And that wasn’t a slight on the player, or the Bulls. It’s just that, especially in the regular season and especially in mid-November, the Spurs aren’t playing the other team so much as themselves, learning the system, adapting to new roles and fine-tuning their execution on both ends of the floor. Opponents — even completely overmatched ones like Chicago — are touchstones the coach can measure that progress against.

With that in mind, a 133-94 win should be seen as a step in the right direction, made all the more impressive considering how many players the Spurs were missing. Danny Green (hamstring) and Manu Ginobili (“old”, as Pop reminded before the game) joined Kawhi Leonard (quad), Tony Parker (quad), Joffrey Lauvergne (ankle) and Derrick White (wrist) on the weekend injury report.

Asking guys like Kyle Anderson, Bryn Forbes and Brandon Paul to assume bigger roles, calling up both of his two-way contracts, Pop isn’t looking for perfection, but improvement. At times on Saturday, he appeared to get both.

The Spurs scored at least 34 points in three of the four quarters, collecting 33 assists and hitting 18-of-27 (!!!) from beyond the arc. Eight players got into double figures in scoring, and eight also had three assists or more.

Those shooting numbers aren’t going to carry from game to game, but the elevated confidence and execution from the role players should. And that’s what had the Spurs coach satisfied coming off Friday night’s disappointing loss to the Bucks:

“We had a lot of guys who played well tonight. A different overall attitude, as far as aggressiveness and moving the basketball, communicating, not taking anything for granted like we did the game before.”

It was, from top to bottom, a strong performance. The starters pried the game open early, rushing out to a 30-8 lead in the first quarter. Some sloppy moments in the second aside, San Antonio remained in cruise control throughout. LaMarcus Aldridge (14, 7 and 2) and Pau Gasol (21, 10 and 4) were both kept under 28 minutes of play, while Rudy Gay did his damage (15 points and 5 rebounds) in just 18 minutes.

That allowed the reserves ample time to shine. Paul (15 points, 5 boards, 4 assists) continues to look the part of a 3-and-D gem, leading all Spurs in charges taken and effective field-goal percentage. Forbes went 3-of-5 from deep for 13 points, and Anderson put together another well-rounded performance, which drew praise from Pop afterwards:

“(Kyle) is playing a complete game. He’s playing with a high basketball IQ at both ends of the floor… And people enjoy playing with him. He moves the basketball, he hits the open man. He’s getting more confident in his own shots.”

Saturday’s showing was much of what we’ve come to expect from Anderson, Paul and Forbes, while for others it was a rare opportunity to make some noise. Dejounte Murray hasn’t been heard from quite as much since his move to the bench, but looked great in the 25 minutes he got, going for 17, 5 and 4 (including two threes) against the Bulls reserves. Second-year forward Davis Bertans, the odd man out of the San Antonio rotation right now, coolly hit five of his six shots, all from three-point range.

The Latvian spoke afterwards on the challenges of staying focused and being able to produce whenever called upon:

“Some nights it’s tough, not getting those minutes, to stay ready. I try to come to every game assuming I’m going to play and prepare for every game the same. It’s a lot of work mentally. One thing is just being in the game no matter what, if I’m on the bench — trying to support the team like that.”

While the fringes of a rotation are an easy place for motivation to calcify and frustration to grow, Bertans’ play and attitude reveal the kind of luxury this team is dealing with and highlight why so much of these early months is an ongoing, introspective process.

End of the homestand

The Spurs finished 4-2 over their 10-day, six-game homestand, with one perfectly excusable loss (Golden State) and another (Milwaukee) they’d like to have back, as Gasol seemed to reflect:

“It started out with that tough match against Golden State and we know how difficult they are as a team to play against them. Last night is the one we shoulda-coulda gotten, and we didn’t. But overall, with the rest of the games, we took care of business and now we go on the road.”

Heading into the game, Pop considered Gay, who was dealing with a sore lower back, “50-50” as to whether he would play. Speaking afterward, Gay said the team left it up to him, and that he wanted to be out on the floor.

“We’re banged up — today especially. It was more my call; a judgment call. Obviously (Pop) is worried about later in the season, but, personally, I’ve been out since January, and I take pride in playing basketball.”

Reporter: My first question to Pop was about how you played today. How do you think your performance was?

Rudy (pausing): What did he say?

Reporter: He said you played well, considering your back and everything.

It was a big day for at least two Michigan State grads, as Bryn Forbes started his first NBA game (in place of Danny Green) and Matt Costello scored the first basket of his NBA career. They were able to share the floor with fellow Spartan Denzel Valentine, who’s also a childhood friend of Forbes’.

Jordan Howenstine, maester of milestones and other miscellanea, tweeted this picture out during the game:

When asked about the French big man’s status, Pop was optimistic:

“Very close. I’d be surprised if he wasn’t ready for Dallas.”