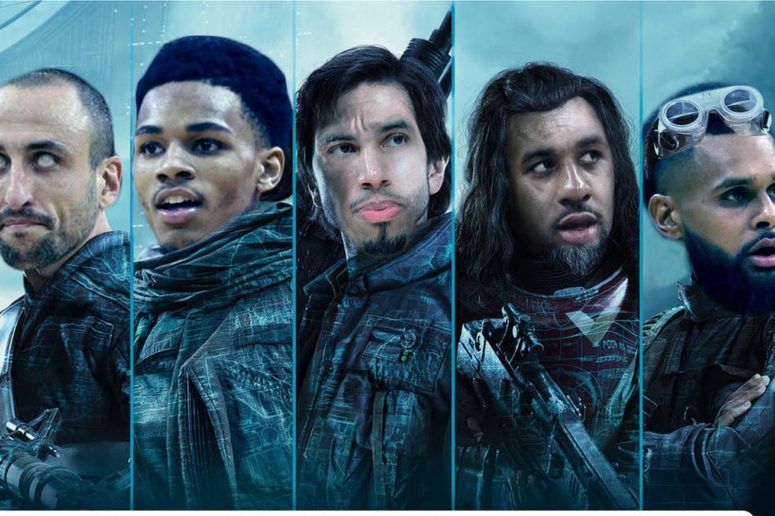 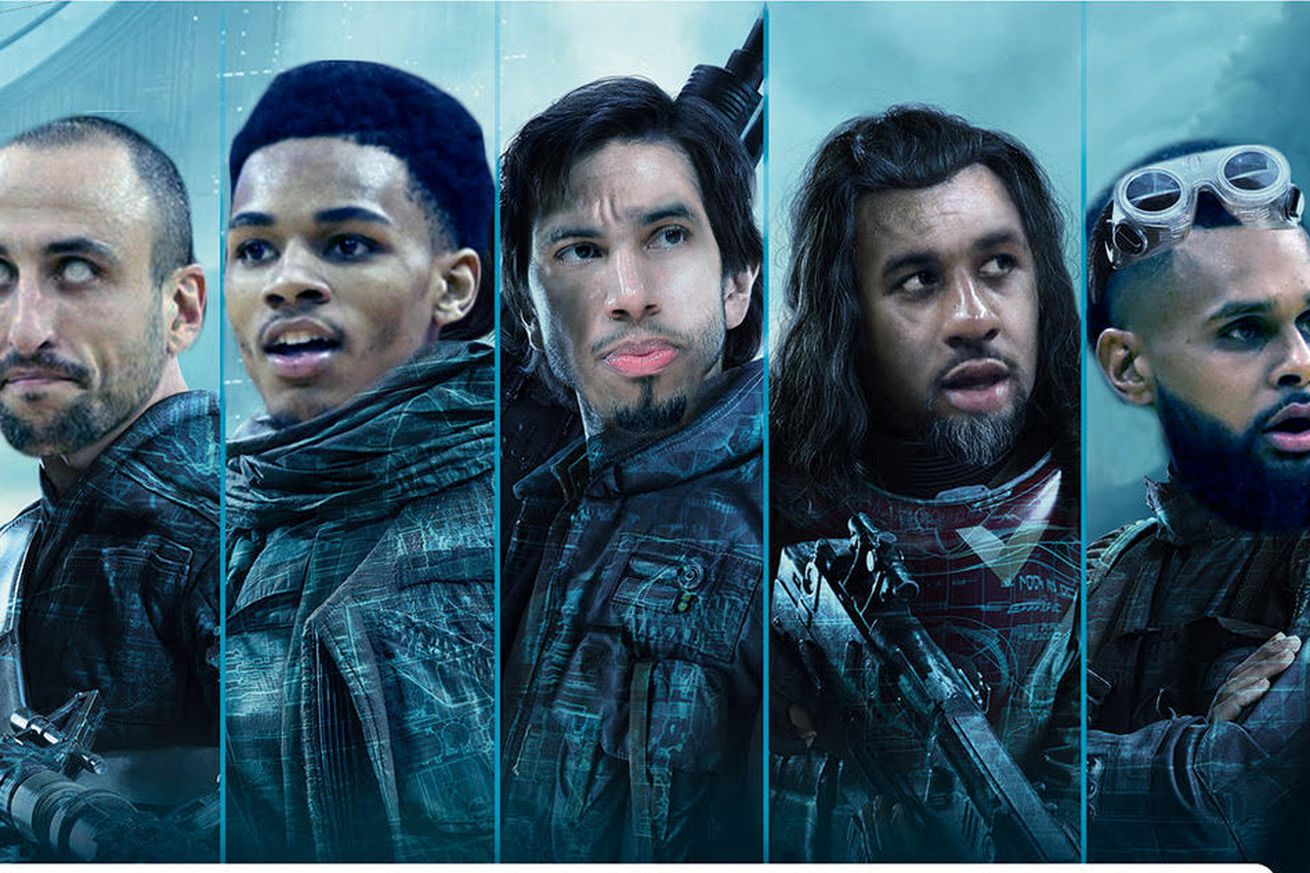 Eight years ago, a ingenious soul named silverandblack_davis started a tradition of creating silly previews. Ever since we’ve been doing Epic Previews for each new playoff series. We missed the first two rounds this year, but we got it together for the Western Conference Finals with a return to a galaxy far, far away (which we haven’t visited since 2013). Please enjoy.

A Warrior ship lands on the planet San’mu, looking for the ballhandling scientist, Parken Erso. The long range weapons developer, Orson Klaynic, wants the reluctant Erso to help complete the KDeath Star superteam, capable of destroying entire leagues. Parken refuses, and in the ensuing confrontation, his wife is killed and he suffers a serious leg injury. The Erso progeny, young DeJynte, hides and is eventually rescued by long-time friend and rebel coach, Pop Gerrera.

Fifteen years later, Parken convinces Patti Rook, a sharpshooting pilot, to defect and smuggle a message to Gerrara on the desert moon of Antonia. Unfortunately, Rook is captured before he can find the reclusive Pop.

Meanwhile, DeJynte Erso is a prisoner in a non-winning basketball camp, waiting to be transferred. Suddenly, Spur forces, led by Cassian Dandor, break in and free the prisoners. An uncertain DeJynte tries to escape, but cannot get past the long arms of the droid K2-LEO.

At the base, Spur leaders convince DeJynte to find Pop and the pilot Patti, hoping that the smuggled message contains information to destroy the Warrior superweapon. DeJynte, Dandor, and K2-LEO head to Antonia. While scouting the capital city, the crew learns that the Warriors are mining Kerrber crystals to power the KDeath Star. DeJynte meets the old, blind, basketballer Manut Imwe (Guardian of Will) and his mercenary friend, LaBaze Malbus. A fight with Warrior bandwagoners erupts in the marketplace, and Manut and LaBaze come to the aid of the crew. The five are eventually captured by Gerrara’s fighters.

When Dandor, Manut, and LaBaze are locked up, they discover the much sought after Patti Rook in the adjacent cell. DeJynte is taken directly to Pop, where to confront the crotchety coach with accusations of abandonment on the bench. Pop retorts that was the only way for DeJynte to learn how to survive. Coming to a mutual understanding, Gerrera finally shares with the young Erso the message he received from the elder. Parken built a trap in the KDeath Star, vulnerability to a speedy attack, and directs them to retrieve the game plan from the high-tech planet, SanFrancif.

Unbeknownst to the rebel crew, Orson Klaynic is conferring with Grand Steph Tarkin above the sands of Antonia. Klaynic wants to test the KDeath Star and destroys the capital city. The group escapes, bringing along Rook, yet Pop chooses to stay behind and die in his beloved city. Grand Steph takes control of the superweapon at this time, blaming the rebel escape on Klaynic. At the urging of DeJynte and under the direction of Patti, the team heads to Coyodu to find the elder Erso. Klaynic beats the team and orders Parken and his team killed. DeJynte is able to reunite with the father lost so long ago, just before he expires.

When Klaynic reports back to chief enforcer Darth Dray, who becomes angry and punishes Klaynic with a Force Kick. Dray dismisses the humbled and now falsetto Klaynic, ordering to him to ensure the KDeath Star is fully recovered operational. Back on the rebel base, DeJynte proposes a plan to steal the superweapon game plan, but has no support within the conventional leadership. DeJynte and the team decide to raid SanFrancif themselves. Arriving on a stolen Warrior ship, which was dubbed “Bala One” by Patti, the trio of Dejynte, Dandor, and K2-LEO head into the facility to download the plan. Manut, LaBaze and the others plant long-ball explosives around the perimeter.

While DeJynte and Dandor look for the game plan, K2-LEO accesses the system and instructs the duo to get Tāk Thatfer data back to the Spur fleet. Outside, Manut sacrifices his body to deactivate the shield around SanFrancif. LaBaze, inspired by Manut, lays down mid-range fire on the Warriors. After retrieving the data, DeJynte and Dandor are intercepted by Klaynic. Desperately needing to transmit the game plan, Dandor uses a long-range shot to take out Klaynic. Preferring to lose a game, but not the series, Grand Steph Tarkin brings in the KDeath Star to destroy the entire planet.

Darth Dray boards a rebel ship, Force Kicking everything in his path, chasing the game plan transmitted by DeJynte and Dandor. At the last moment, a small ship undocks and escapes. Will the stolen data be enough to take down the massive KDeath Star and provide the Spurs A New Hope?

Special thanks to Wiki and Wookieepedia

Disclaimer for the legal eagles: “Star Wars,” the Star Wars logo, its characters and creations are the property of Lucasfilm and the Walt Disney Company. Purchase the movie on Blu Ray or DVD