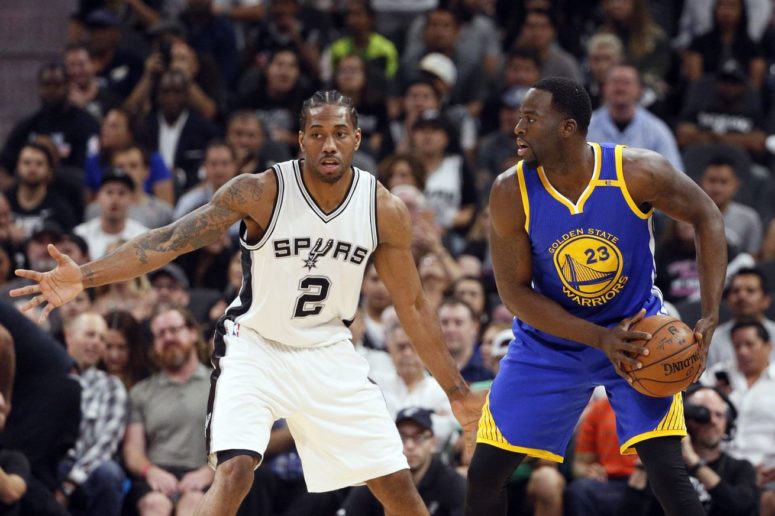 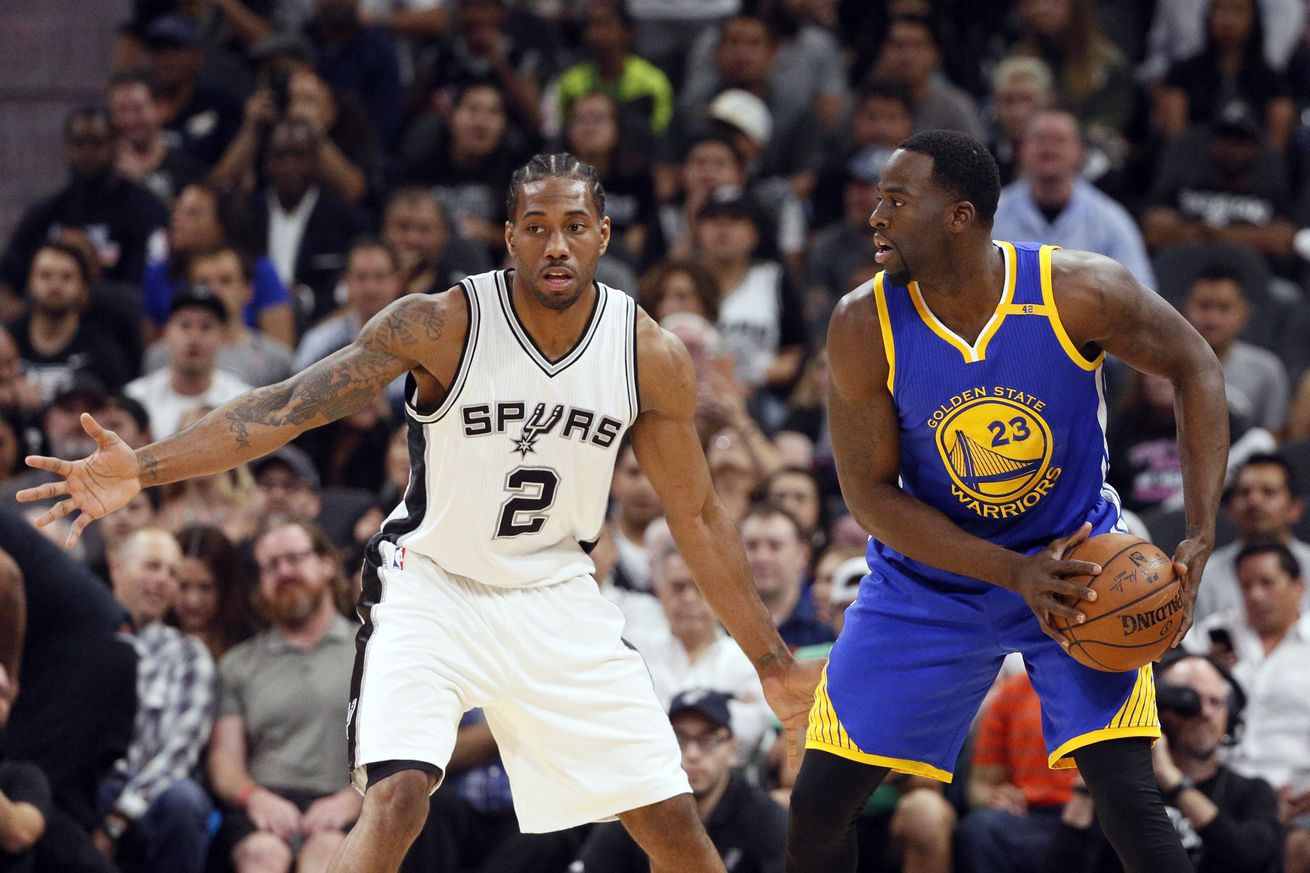 The West’s best meet in the playoffs for the first time since 2013.

With the Grizzlies and Rockets in their rear-view mirror, the Spurs’ playoff run now takes its inevitable turn through the Bay Area.

After easing former MVP Kevin Durant into their system, the Warriors are essentially a streamlined version of last year’s squad; they wreak havoc on the perimeter, punish defenses that overplay with lobs and back-cuts, and intuitively scramble and switch on defense. While Houston was a spreadsheet laid out on a 94 x 50 foot grid, Golden State is a circuit of nodes operating perfectly in sync, no matter who’s holding the controls.

Both represent where the NBA is headed, with offenses built around perfunctory ball movement, a breakneck tempo and a concerted focus on the three ball. They ranked first and second in offensive rating in the regular season, and finished in the top four in both pace and three-pointers made.

If those teams are the idealized visions for the league’s positionless future, these Spurs are its alternative timeline — they’re steampunk, a leaden piece of old-world machinery that stays airborne through inventiveness and sheer will. Its parts are both old and new but weirdly interchangeable, its engineer a wily hold-over from a bygone era.

The Spurs aren’t as sleek as Houston, or as brutally overwhelming as Golden State, but there is a foreseeable path for them to win this thing.

It’ll take a healthy Kawhi Leonard, who’s had four days off since spraining his ankle in Game 5. Beyond what he can do offensively, he’s the Spurs’ best hope of slowing down Kevin Durant. It’ll take another great series from the supporting cast, from Danny Green all the way to rookie Dejounte Murray. It’ll take more of Game 6 LaMarcus Aldridge, battling with Draymond Green on both ends and finding his rhythm in the pick-and-pop game.

It’ll take winning at least one game at Oracle, where the Warriors have lost only five times this season (although one of them was to SA).

In short, the Spurs will have to play their best basketball yet, slogging and grinding games into a style that benefits them and emboldens their opponents into some of their more disreputable habits (hopefully more of these and less of these).

It won’t be easy, but in a postseason that’s had its fair share of weird turns, would it really be all that surprising?

How much will Pop use Game 1 to feel things out?

The Spurs got blown out in their first game against the Rockets, a matchup that now seems night and day from what we saw in Games 5 and 6. You’ll recall it was David Lee’s last start, and that Pop barely adjusted his approach all game long, even as the deficit continued to grow.

The Warriors series is a different type of coaching battle, though. Pop isn’t going up against Steve Kerr (who’s still out indefinitely due to a back injury) but former disciple Mike Brown, who will stick to his head coach’s blueprint for success as much as possible. I don’t see him waiting an entire game to shake things up if the Spurs start out flat.

If you didn’t like what Houston could do in the open floor whenever the Spurs turned the ball over, you won’t like Golden State, who turn confusion into points better than any team in NBA history.

That said, the Spurs had just 14 combined TOs in Games 5 and 6. The Warriors defense is not the Rockets defense, but limiting their chances to take the ball the other way will be a priority once again.

How good is Jonathon Simmons?

I wouldn’t go as far as to say Simmons’ rise is unprecedented, but it’s hard to find too many guys at his age (27) and experience level (second year in the league) who have gone from the fringes of the rotation to essential playoff piece.

After shooting just 42% from the field in the regular season (on 5.4 attempts per game), he’s up to 49% in the playoffs, on a much higher usage. His three-point percentage has crept up to 33%, still a weak point for a wing on a Spurs team, but approaching league average. He scored a total of 11 points in last year’s postseason — last series against Houston, he averaged 13.2 per game.

And, really, all that production was just a bonus when Simmons brought the level of defense we saw against Houston. His combination of size and speed, with long strides that help him eat up space with ease, gave James Harden all kinds of trouble. We knew he had the physical tools, but his improved footwork and decision-making have now earned him Pop’s trust and make him an important part of trying to stop Golden State’s perimeter-based attack. He can also do stuff like this:

How good is Simmons? This series will give us a better idea.