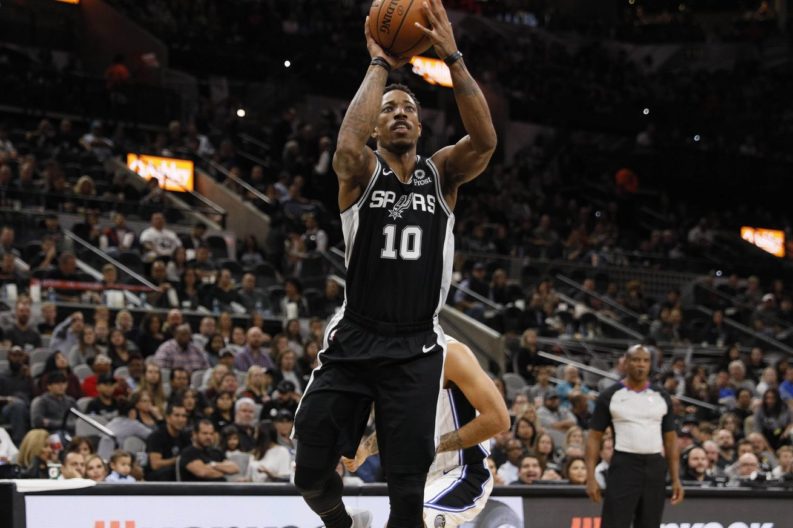 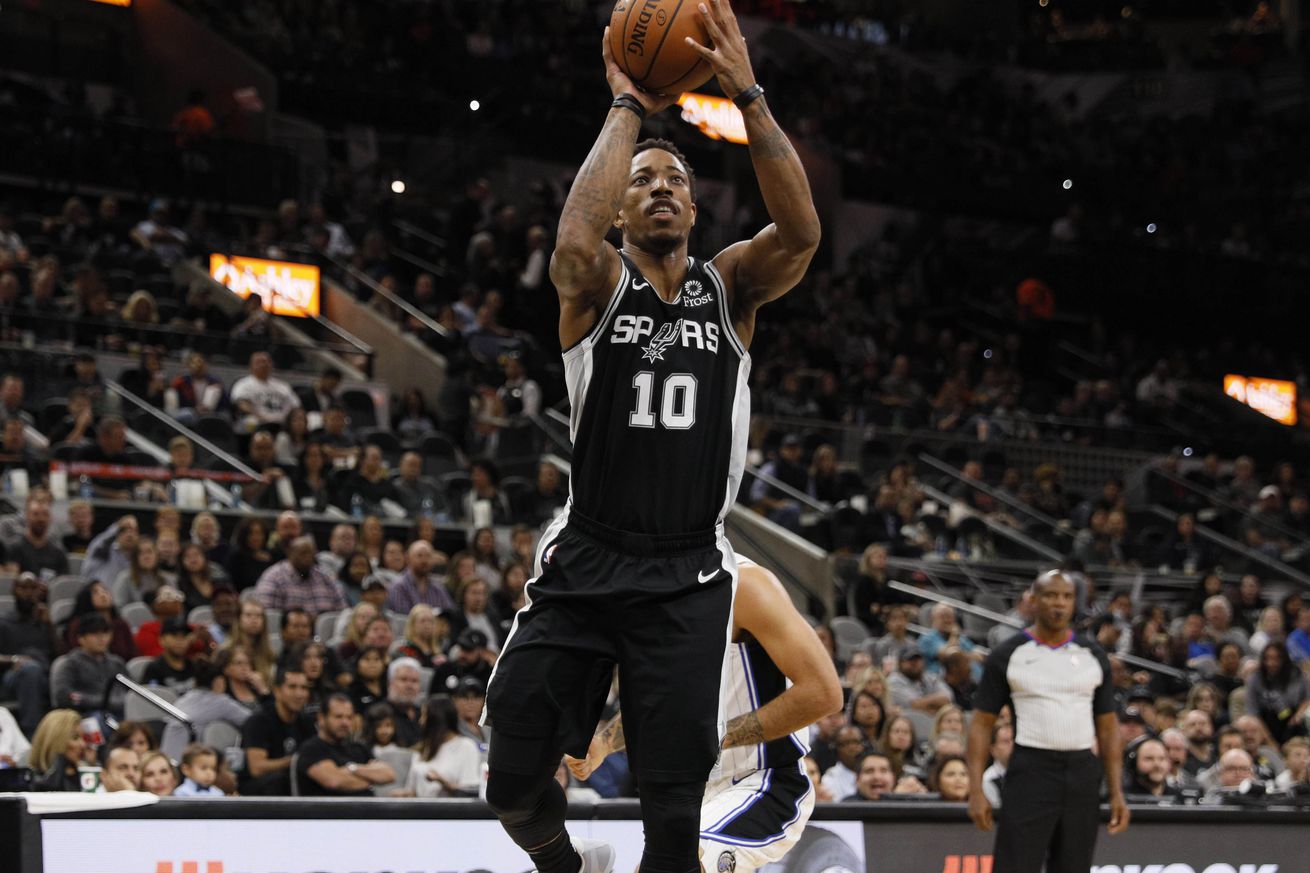 The Spurs offense continues to play well. The team now has the eighth highest offensive rating after putting up 110 points on 95 possessions against the Magic. The Magic played tough, aggressive defense right from the tip, but there were a couple of highlights early on that are worth a second look.

The dunk itself is pretty, but the action that led to it is worth a look.

LaMarcus Aldridge inbounds the ball to Dante Cunningham at the top of the key, then runs across screens from both Patty Mills and Davis Bertans en route to the left block, in what looks like preparation for a post up. Nicola Vucevic fights through the screens and the rest of the Magic stay in good position throughout the first part of the play. Dante swings the ball to the left wing, where DeMar DeRozan enters the ball to LaMarcus. Davis then comes off a down screen from Dante and curls around to the three point line on the left wing while DeMar cuts up to the top of the key. This is where the defense’s first mistake occurs, as pointed about by our very own Jeje Gomez.

Two guys followed Bertans after a DeRozan screen, which led to DeRozan being all alone to take off for a big dunk. Davis helps the offense even when he’s not shooting. pic.twitter.com/angDCMZOSZ

For the Magic, having two players focused on Davis and nobody on the guy putting up 27 a game is … a problem, but they should be more concerned with what happened next. When Evan Fournier gambled for a steal on that potential pass to Davis, he left DeMar wide open. That should have put the Magic into a rotation, and Aaron Gordon clearly knew it was his responsibility.

DeMar is shooting 22% from three so far this year, and he’s at 29% for his career. Gordon’s first job here is to stop penetration and give Fournier enough time to recover, but that is definitely not what he does. DeMar gives him the slightest of shot fakes, just barely starting his shooting motion, and as soon Gordon commits, DeMar takes off. This might not be the worst close out in NBA history, but it should definitely get an honorable mention.

Once Demar got a step, it was over, and the Spurs’ bench was very excited.

The Spurs’ bench was so ready for @DeMar_DeRozan‘s tomahawk slam! pic.twitter.com/frgph0NBaU

Then, with just under 3 minutes to go in the first quarter, Marco drilled this Hail Mary.

Fading out of bounds. Time expiring.

There’s not really much to break down here, other than that Marco is somehow shooting better on tightly guarded three point attempts (4/7) than open (1/10) or wide open (8/24) attempts so far this year. In a related stat, he’s also shooting better on pullup threes (6/16) than catch and shoot attempts (7/25). I haven’t checked the tape, but I’m pretty sure he’s hitting 100% of his attempts while falling out of bounds as the shot clock expires, so maybe the Spurs should run this one more often.