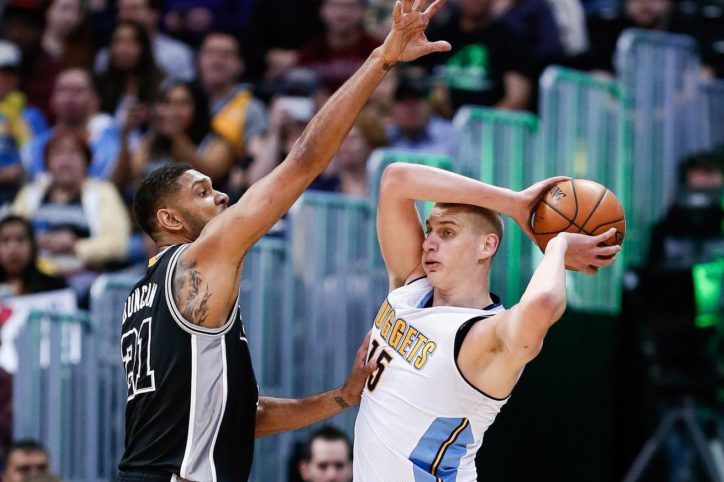 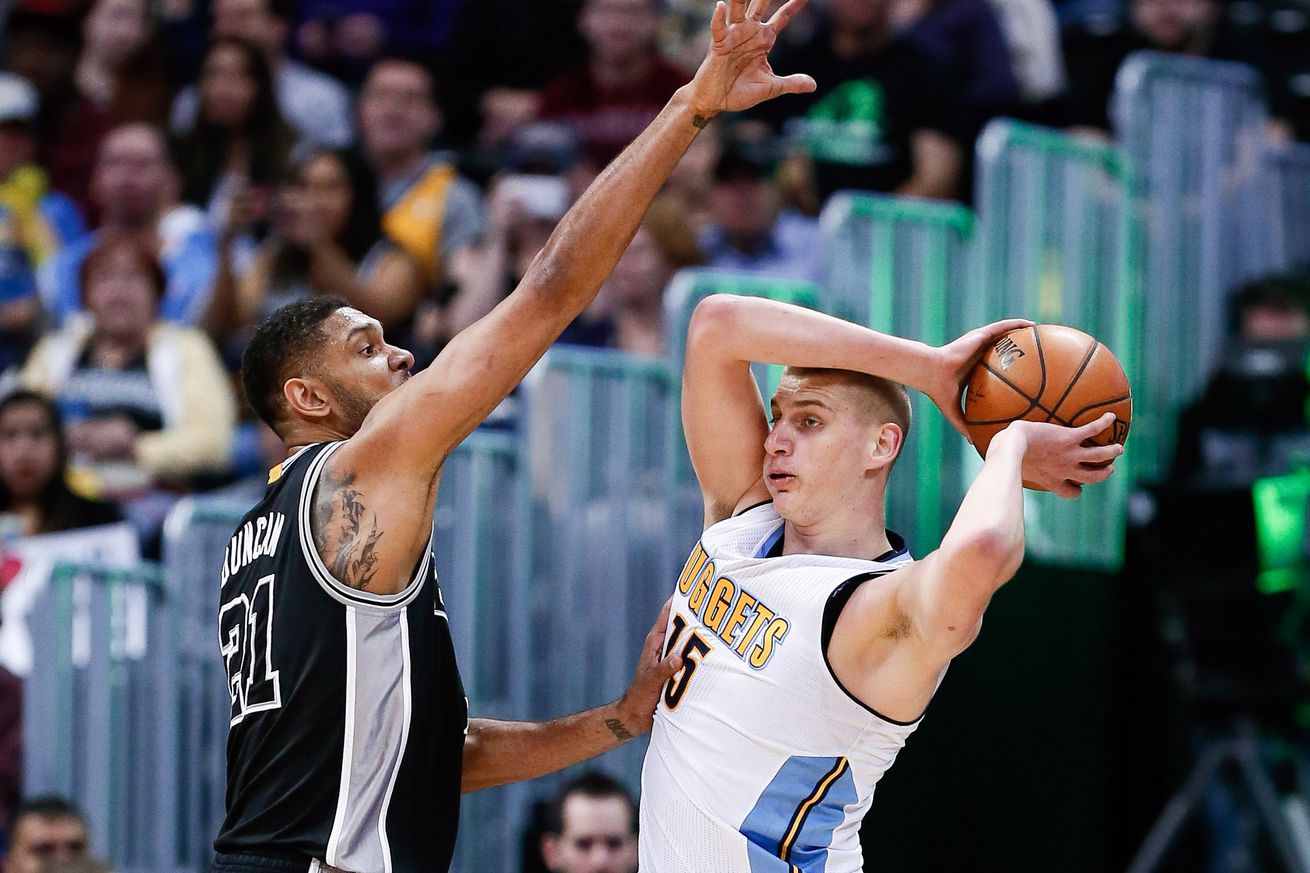 Like many big men before him, Jokic has learned a lot from Tim Duncan.

It was April 2016. Tim Duncan was a couple of weeks away from turning 40 and a little over a month from playing what would be the final game of his career. The Spurs were playing a Denver Nuggets team featuring a green rookie from Serbia named Nikola Jokic. As Duncan had done to many younger players in his career, he had a field day, schooling Jokic in the post to the tune of a season-high 21 points on 9-15 shooting.

While the Nuggets won that game — a rare loss for those franchise-best 67-15 Spurs, albeit one that came in Denver after the Spurs had played in Golden State the night before — Jokic couldn’t help but come away impressed with how easily Duncan worked around him despite his lack of mobility by then.

“He could not move that much at that period. But he gave me [an] easy [21]. Like I did not touch him. I couldn’t do nothing. Like just for fighting for position, pivots, all kind of easy shots, finding the open space, setting a screen … you can, just watching him, learn a lot of things.”

In the three years since, Jokic has honed his skills to become the All-Star and triple-double threat he is today, and a large part of that came from studying Duncan’s footwork. Who better for the lead-footed 7-footer to learn from than the greatest power forward of all time who was similarly unathletic (especially in his latter years) but found other ways to dominate through skills and fundamentals?

Jokic may never be the defender Duncan was, but he continues to improve, and on offense he definitely has the shooting and passing skills to be one of the better offensive bigs when all is said and done. Jokic is far from the first player to learn plenty from going up against Duncan, but as a rookie during Duncan’s final season, he’s one of the last who received that honor: something he appears to be taking very seriously.

A thrashing from Tim Duncan helped make Nikola Jokic the player he is today
Source: Pounding The Rock