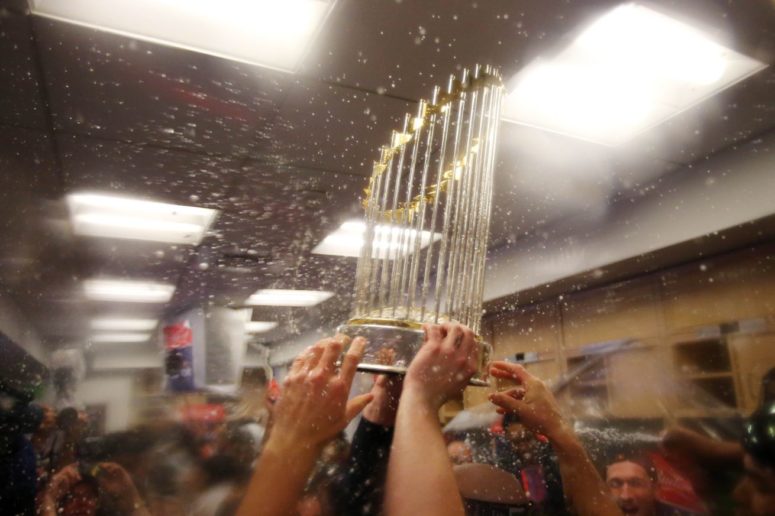 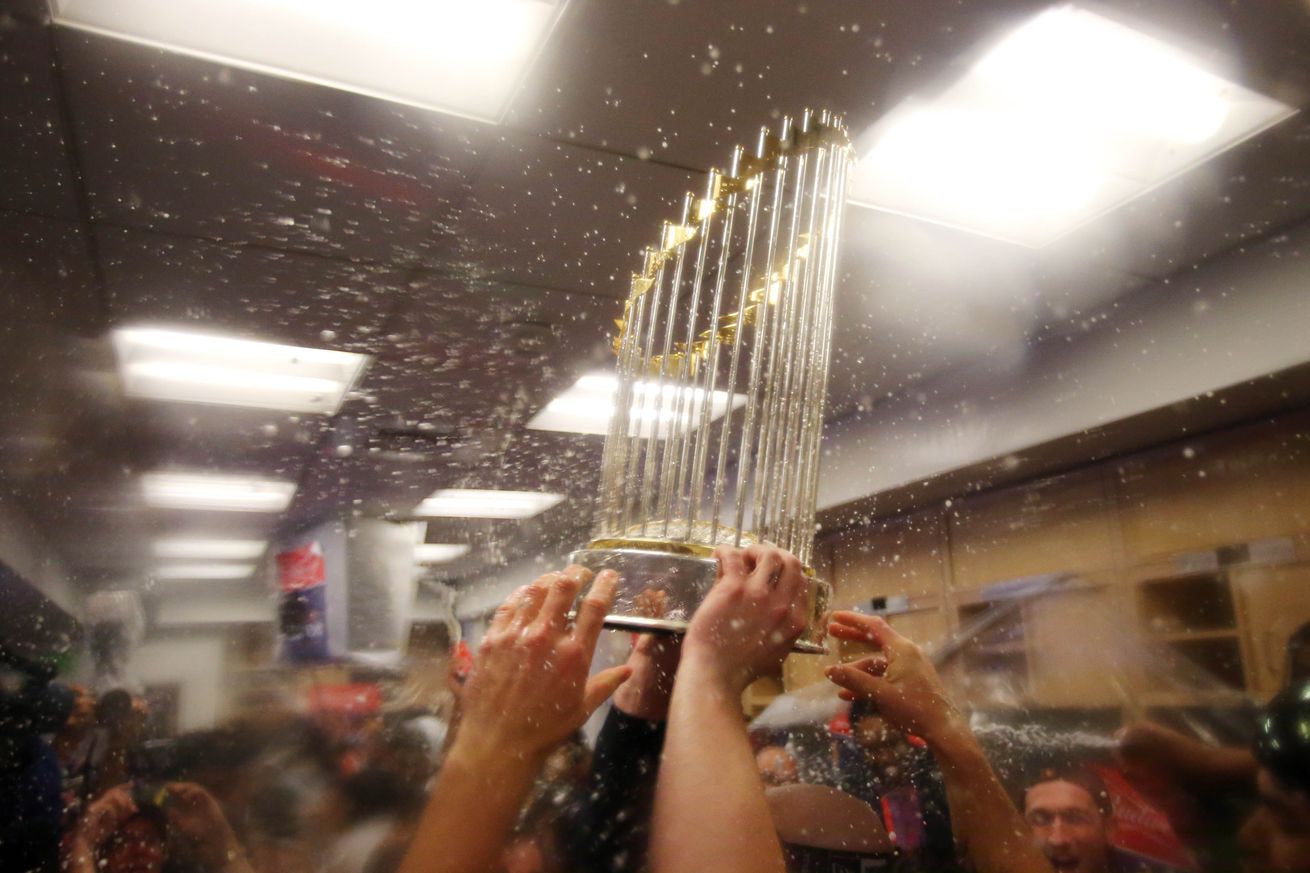 Stories of perseverance and endurance aren’t limited to basketball.

I’ve been rooting for the Houston Astros for practically my whole life. As a kindergartner, I had a Milt May bat in the corner of my room. I cheered for Jose Cruz (the elder), Cesar Cedeno and his funky sprinting style, Joe Sambito saving games during his single season scoreless inning streak, and J.R. Richard with his triple-digit heater.

Yes, this story will feature talk of baseball. If that’s a problem, you can skip it without offending me in the slightest. My baseball team won their first-ever World Series last night and I don’t think I can stop myself from writing this.

I was up at the Astrodome nearly every night. We lived close by, and my dad was the chaplain for the team. I remember standing at the door of a supply closet next to a chair that Richard’s feet were resting on. The rest of his body stretched out into the recesses of the closet. With the soles of his shoes in my face, his legs seemed to stretch forever. His face might as well have been miles away.

The man was 6’8, and he was the tallest human that I’d ever been next to. His fastball topped 100 miles per hour and his slider was 93. Yes, his off-speed pitch was 90 plus. Can you imagine? I’ll never forget him starting in the All Star Game and retiring the best hitters on the planet. That was his last year in the league, and after a while he was homeless and sleeping under an overpass.

I remember sports-hating the Yankees so much. In my 10-year-old mind, they were a team whose evil was never likely to be confronted directly because that would require my Astros to reach the hallowed ground of the World Series — a much hoped-for event which I somehow felt was beyond their reach, in the same way that ultimate success had proved to be beyond the rest of the Houston teams I cheered for.

Over the years, the Astros’ playoff hopes were challenged, raised to increasingly precipitous heights, and dashed repeatedly. The NLCS in 1980 was painful, but I was comforted by the hope that they would be back next year. Only they didn’t make it back the following year, the Dodgers (the Yankees of the West) saw to that. No, it took six years to return to the championship series. The brilliant pitching of Mike Scott and Nolan Ryan got them there (I’ve never felt more certain of victory in a game that hadn’t even started than I was for a game Scott was starting, and poor Ryan never got the run support he needed and ended up 12-8) and then (Billy Hatcher in the 14th!) the crushing loss to the Mets in 16 innings, made all the worse because Scott was ready to start the next game.

There were the Jeff Bagwell and Craig Biggio years. There was Roy Oswalt and Lance Berkman. There were losses to the Atlanta Braves in 3 of 4 postseason appearances before finally getting past them only to lose in their first-ever Game 7 to the Cardinals. And then 2005’s trip to the World Series ending in a sweep at the hands of the White Sox — a team that wouldn’t have made it out of the ALCS if instant reply had been in effect.

At first, that was worse than the losing. Growing up, my father had taught me that nothing was worse than the Junior Circuit, and the apostasy of the designated hitter. And now my lifelong team was joining the heretics. I’m not being overly dramatic when I say that it was nearly more than I could bear. But I finally decided that if I could stick with the Oilers after they left town and became the Titans, I would handle it.

But I’d be lying if I didn’t admit that it gave my fandom a hit — one that took a while to recover from. I thought that 2015 would do the trick, but the Royals ended that season. I thought last year … but the Rangers and an awful September put paid to that. Then this year, and this team. And the city.

I haven’t lived in Houston since the ‘90s, but still have so many friends there. What Harvey did to that community, and how so many pulled together to help Houston was beyond words. This team, I can’t say enough about them and I’m not even going to try. I run a basketball blog, and hardly feel qualified to try my hand at baseball writing when there’s stuff like this and that out there to enjoy.

Here’s what I can say, I’d nearly given up on seeing my MLB dream fulfilled. I despaired of ever seeing my team raise that trophy, but those guys had a postseason for the ages. I so enjoyed watching the irrepressible Jose Altuve and the unflappable Alex Bregman come up with clutch hit after clutch defensive play. George Springer and Carlos Correa came through over and over, while Justin Verlander and Dallas Keuchel and the entire pitching staff sustained the onslaught and came out on top.

The spent the entire season Pounding the Rock, and some of them have been Pounding it in Houston for years. To the Astros, and the city I was born in, I tip my cap. You’ve made a life-long fan very happy. To any of my fellow £ers who are Astros fans, my friends at BreakingT have a bevy of shirts to celebrate with.

Feel free to go get one or several. To any and everyone else who made it this far, thanks for bearing with me. Back to your regularly scheduled Spurs coverage, already in progress.