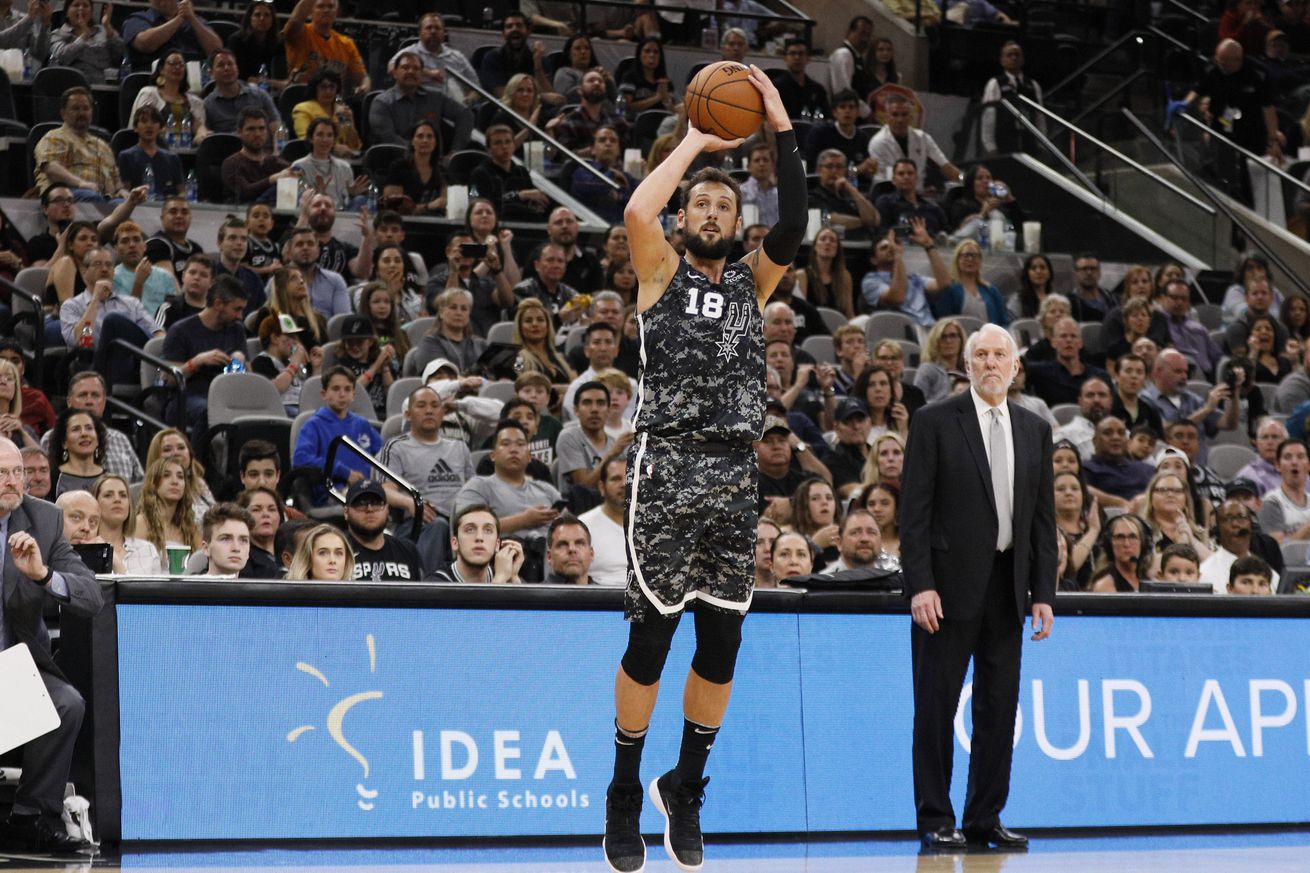 Sometimes you get a sneak peak into the nitty gritty of what being an NBA player is like and it really helps add some perspective to things. The Milwaukee Bucks played a tough home game Saturday night and then flew directly to San Antonio. They got to their hotel at 5 A.M. and somehow still made it to the AT&T Center on Sunday night. I realize that the chartered flight, nice hotel room, and various other luxuries afforded to these guys certainly helps things, but, none of those perks can truly spackle over all the weird damage that must do to your body chemistry, right?

I promise I’m not trying to dampen the glow on what was a very fun, very affirming win that the Spurs acquired on Sunday because this really was a good one. If anything, watching the Bucks gradually lose their luster against a fresh, well rested Spurs team added some much needed context to the recent up tick in wins we’ve been seeing in South Texas these past few games. It was easy to freak out about how poorly the Rodeo Road Trip went because that performance was objectively about as bad as we’ve seen from a team in the Gregg Popovich era and there was a real, genuine cause for alarm. Was there enough time to re-learn how to play defense? Can all our guys ever get healthy at the same time? Do they automatically make you sit-out the Playoffs if you lose to the Knicks more than once? These are the the un-answerable questions that nightmare of a road trip incepted into our brains.

I bring up the Bucks travel schedule because I think we always try and analyze these things in a vacuum and that’s just never how life actually works. Guys get tired. They get knocks. They have annoying songs stuck in their heads that throw off their concentration. Davis Bertans brought a child into the world earlier this season and then played in a game 3 days later. Can you even imagine trying to focus on defensive rotations with that in the back of your mind? What I’m saying is that these guys are human and life has to be constantly getting in the way. It’s a variable that needs to be factored into the wins, the losses, and everything else in between.

With all that being said, there was a lot to like about this win. Sleep deprived or not, the Bucks are still one of the best teams in the NBA and also happen to employ a guy who is currently vying for the the title of Most Valuable Player. If you have any doubts about how good the Bucks are, take a look at the first half highlights and watch the Spurs almost get run out of the gym before anyone even knew what was happening. The Spurs didn’t panic though. The bench mob came in and steadied things out, the defense shored up, and LaMarcus Aldridge and DeMar DeRozan did what they do best: get buckets.

This doesn’t have to be complicated. The Spurs have their limitations as a team, sure, but they also have a lot of talent and are extremely well coached. All things being equal, they should be able to hang with every team they step on the floor with and, as we’ve discussed already, things were decidedly not equal tonight. The Spurs needed to win this game. The Spurs should’ve won this game. The Spurs did win this game. Handshakes and hugs for everyone.

Context is important. The Spurs were never as bad as they looked during the road trip and they probably aren’t quite as dominant as they looked at times on Sunday. However, the Spurs continue to show what they are capable of when the opportunity presents itself. The playoffs are about a month away.

Lots of opportunity out there.