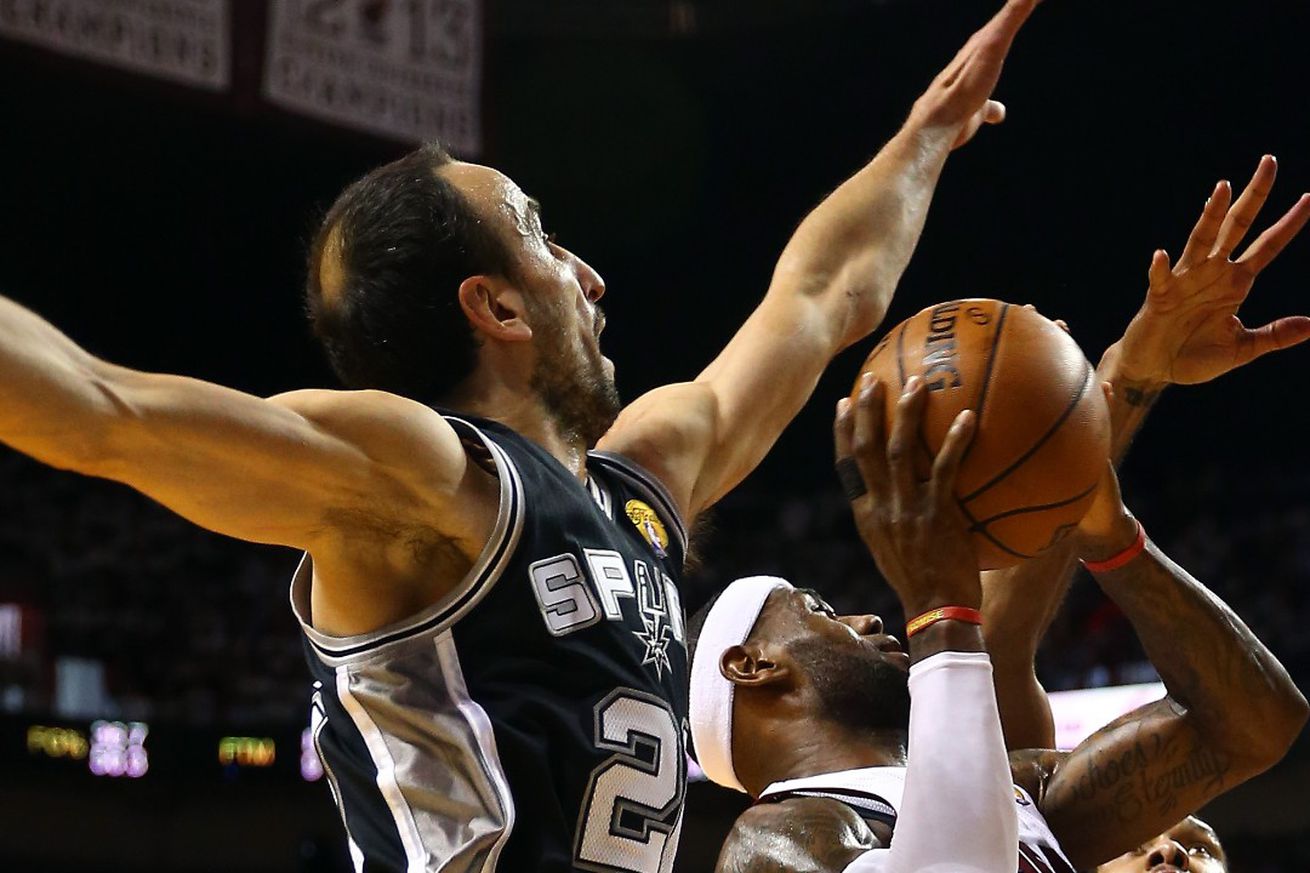 This may be more about which is Manu’s second-best block, but it’s still fun!

Round 1 of The MANU Tournament is complete, so this week we are moving on to the Sweet 16! Today we have Manu Ginobili’s top four blocks voted by you: the fans. Round 1 of blocks was (unsurprisingly) far more predictable than assists/passes were, with each top seed moving on in blowout fashion. Here is a quick recap of how the polls turned out:

Now I know what some of you are thinking (and typing as you’re reading this): “Why even bother? The the top seed is so heavily favored”. That may be true, but even heavily favored teams still have to show up and actually compete if they want to win the game, which in this universe means you still have to vote to move a play on. Besides, even if the top seed is favored, I suspect our 2 vs. 3 round is going to be an exciting one, then who knows what could happen? That’s what this is all about.

Be sure to vote for a winner of each match-up, and remember everyone can only vote once, so make yours count! If you haven’t already, go back and vote for the Sweet 16 of Assists/Passes.