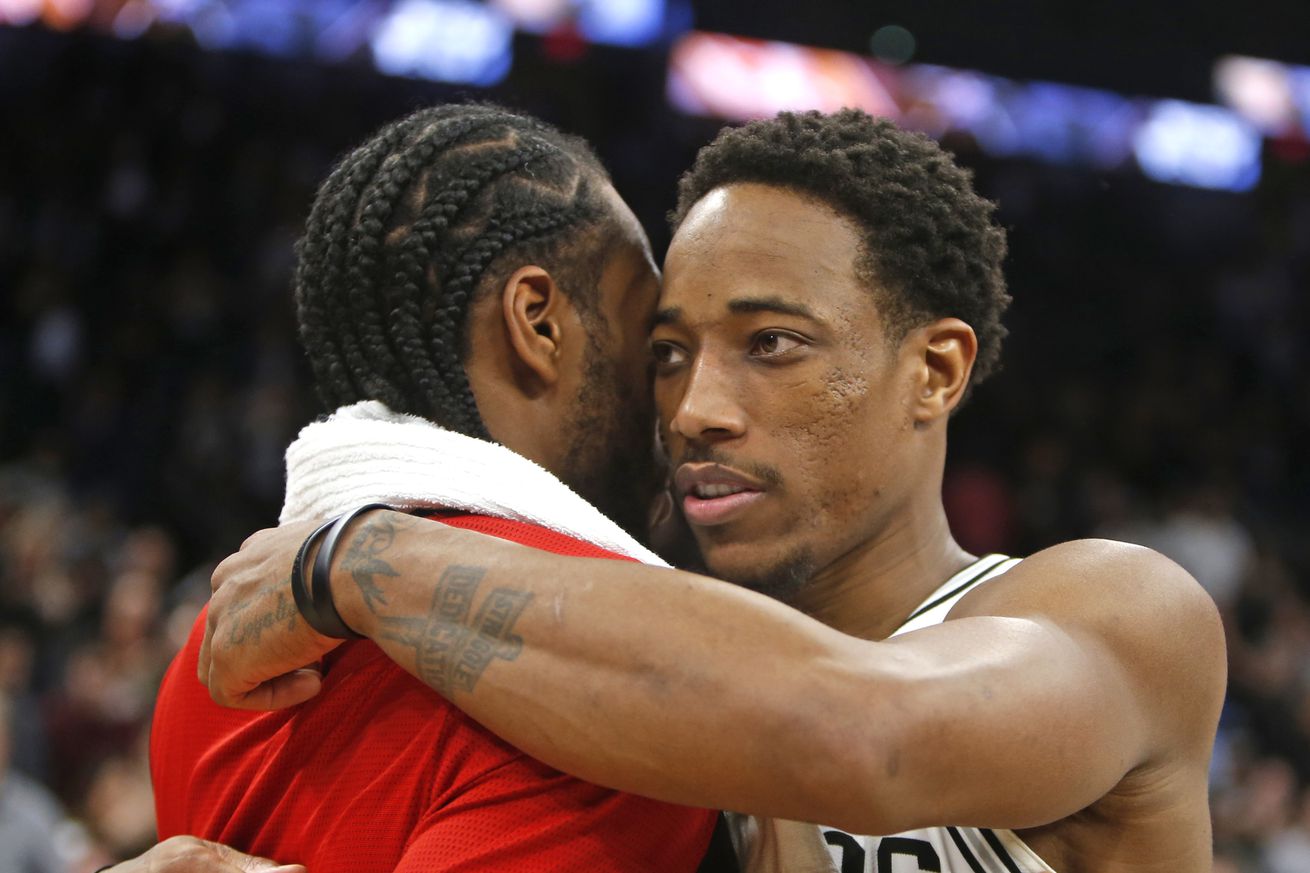 While DeRozan receives a media-friendly award, Leonard blames them for his shortcomings.

If anyone has yet to notice, DeMar DeRozan is one of the more media-friendly stars the Spurs have had a in a while (at least beyond Tony Parker and Manu Ginobili). As a result, last week he was given the Professional Basketball Writers Association’s 2017-18 Magic Johnson Award trophy, which “honors the player who best combines on-court excellence with cooperation and dignity in dealing with the media and the public.”

Last week, DeMar DeRozan received the Professional Basketball Writers Association’s 2017-18 Magic Johnson Award trophy, which honors the player who best combines on-court excellence with cooperation and dignity in dealing with the media and the public. pic.twitter.com/y0XIXOj81f

Cool! DeRozan is certainly an approachable guy for the media. He talks to them everyday, win or lose, and he’s even willing to share stories about his own battles with depression if it means helping others who struggle with mental health while also being an amazing basketball player, but the story doesn’t end there.

As San Antonio news station KSAT 12 points out, the irony is not lost that on the same week DeRozan received this distinguished award, Kawhi Leonard (a.k.a the player he was traded for) was out blaming the media for the reception he received in his return to San Antonio, saying they stirred the pot and brainwashed us into disliking him.

Whatever makes you feel better, Kawhi. I guess it’s something that he wasn’t out to bring the whole Spurs fan base down with him, but the fact he doesn’t realize that —

— it just goes to show how out-of-touch he really is with reality. The media didn’t stir the pot with Spurs fans; Leonard and his “group” did, but of course he isn’t going to say that.

Winning helps, but personally I’m getting happier with the current Spurs by the day, especially DeRozan, and with each passing game “The Summer of Kawhi” becomes an even more distant memory.