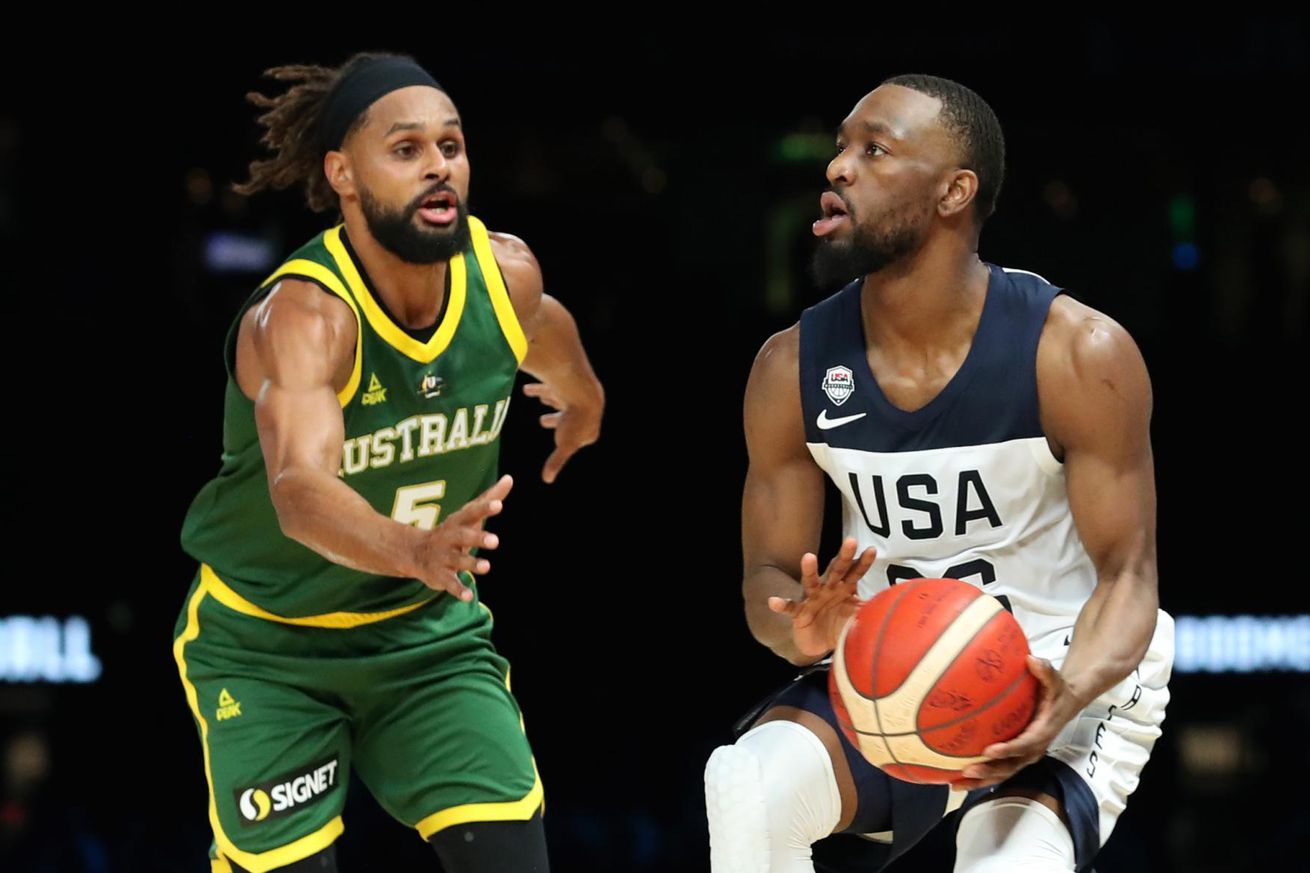 The United States Men’s National Basketball Team dispatched the Australian Boomers 102-86 in front of a crowd of 51,218 at Marvel Stadium in Melbourne, Australia.

Two San Antonio Spurs suited up for the exhibition, but one player found significantly more playing time than the other. Patty Mills led the Aussies in shot attempts (16 FGA) and tied with Chris Goulding for a team-high 19 points, while Derrick White tallied a rebound and an assist in two minutes of garbage time action. Kemba Walker led the Americans with 23 points.

Andrew Bogut, Joe Ingles and crew kept within striking distance through two quarters behind Mills’ 13-point first half and buzzer-beating three-pointer. They even held a three-point lead for a brief moment in the opening seconds of the third frame.

Despite holding their own to start the contes, Australia quickly found themselves out-rebounded, outscored and outplayed in the second half. Turnovers plagued the Boomers, and Mills couldn’t get anything to go his way on either end of the floor.

Team USA pulled ahead early in the third quarter behind a 12-0 run and would go on to lead by as many as 20 points. Still, head coach Gregg Popovich kept his foot on the gas and left the starters on the court until the closing minutes of the fixture.

White checked into the game for the first time with 2:19 left in the fourth and played the unglamourous role of running out the clock. Although San Antonio’s third-year guard missed his only shot of the night, he used his quick hands to record an uncredited steal and finished the sequence with a textbook assist to teammate Jaylen Brown.

At the moment, White appears to be the odd man out for a United States squad with 13 men vying for 12 FIBA World Cup roster spots. Marcus Smart was the only member of the Senior Team who didn’t play, but seeing as the defensive stalwart was named a captain heading into the matchup, it’s hard to imagine he won’t make the final cut once he fully recovers from the nagging calf-injury that has sidelined him for the last two weeks.

Marcus Smart, who has been bothered by a calf injury, didn’t play.

The lopsided match-up was the first of two scheduled exhibitions this week between the international squads, so Spurs fans will have another opportunity to watch Mills and White go head-to-head as competitors. Team USA is 26-0 all-time against the Boomers, and they will look to remain undefeated when they meet Australia for a second time on August 24 at 2 PM (11 PM CT) in Melbourne.

Team USA dominates Australia in the second half to win first exhibition, 102-86
Source: Pounding The Rock