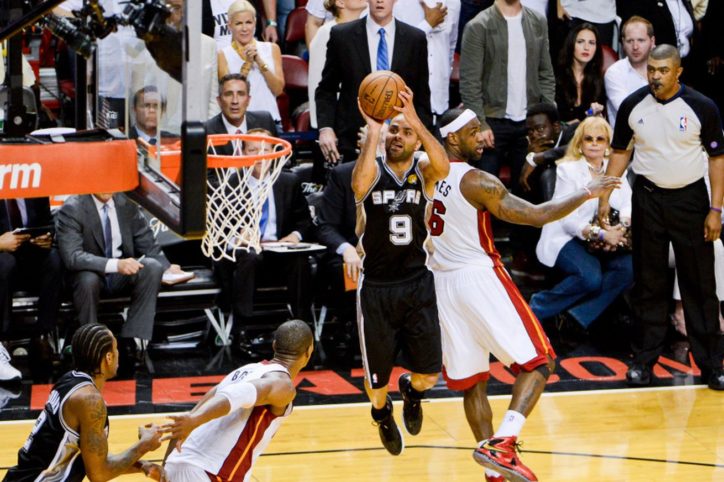 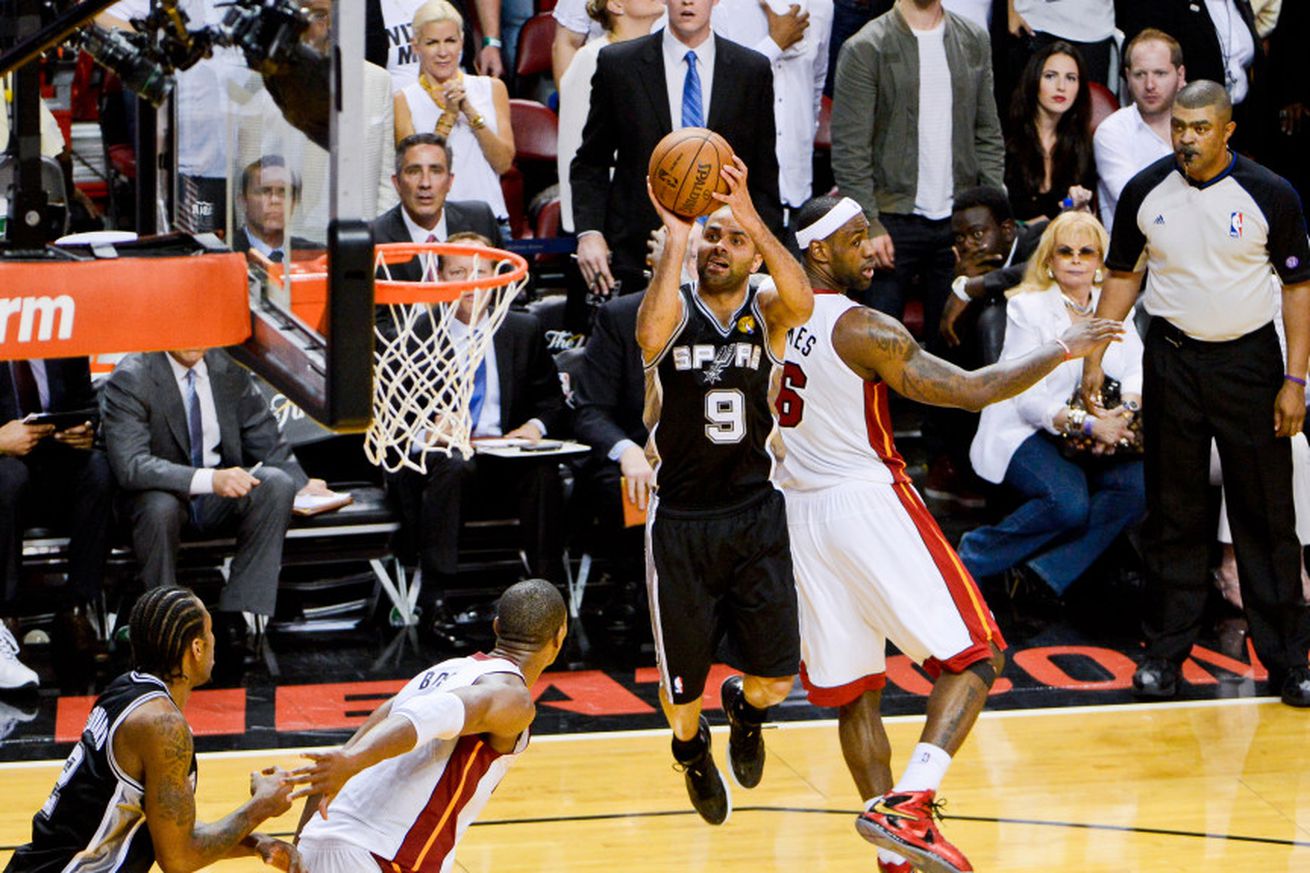 It’s time to vote on the final group of plays for Round 1 before the Sweet 16 begins next week!

Welcome back to the first round of our quest to determine the Spurs greatest postseason play of the Gregg Popovich era. Today we are looking at Bracket 4, and in true NCAA Tournament format, each play has been seeded one through eight, going head-to-head with its opposite seed (1 vs. 8, 2 vs. 7, etc.), and the winners will advance to the Sweet 16 next week. Be sure to vote for a winner of each match-up, and remember everyone can only vote once, so make yours count.

The final top seed of this tournament is perhaps the most memorable play from the Spurs’ most memorable championship and just so happened to be the one that won The MANU Tournament . . .

. . . and we’re going Manu-a-Manu once again, this time with a play that showcased his toughness and unflappable, competitive nature. Playing with a broken elbow while trying to help the Spurs stave off the upset, he hit an improbable one-armed, half court heave to try and keep the top-seeded Spurs alive in Memphis. (For the record, that’s seven appearances for Manu in this tournament. He was a postseason beast.)

Next up is the one time the Spurs actually needed a game-winning shot to win a championship (even though it wasn’t a must-win game), and it came from the always under-appreciated, underrated Little General himself . . .

. . . versus possibly the most difficult and amazing shot of Tim Duncan’s postseason career, but one whose seeding is badly hurt by what came after. (I was nice enough stop the timestamp before it happened. You can always open the video in YouTube if you care to watch the rest, but who would want to do that?)

Today’s 3 vs. 6 match-up is the most impressive and clutch shot of Tony Parker’s career, featuring some amazing balance, maneuvers, and timing to get this shot up against a defensively-engaged LeBron James (and again could have been ranked higher if the series had ended differently). . .

. . . versus another play from that same series that was more symbolic than anything, but was still the high point of Danny Green’s career at that time as Icy-Hot was never hotter. (As the “victim” of this shot, Ray Allen’s whiny reaction is the cherry on top.)

In the final match-up of the first round, it’s another big-time, clutch shot from Timmy ten years later, but this time on the way to a much happier ending . . .

. . . versus another forgotten but crucial play from the 2014 championship run that not only tied the first round series against the Mavericks after the Spurs were surprisingly stumped by Rick Carlisle’s defensive scheme for a few games, but it may have prevented a repeat of 2011 as well.