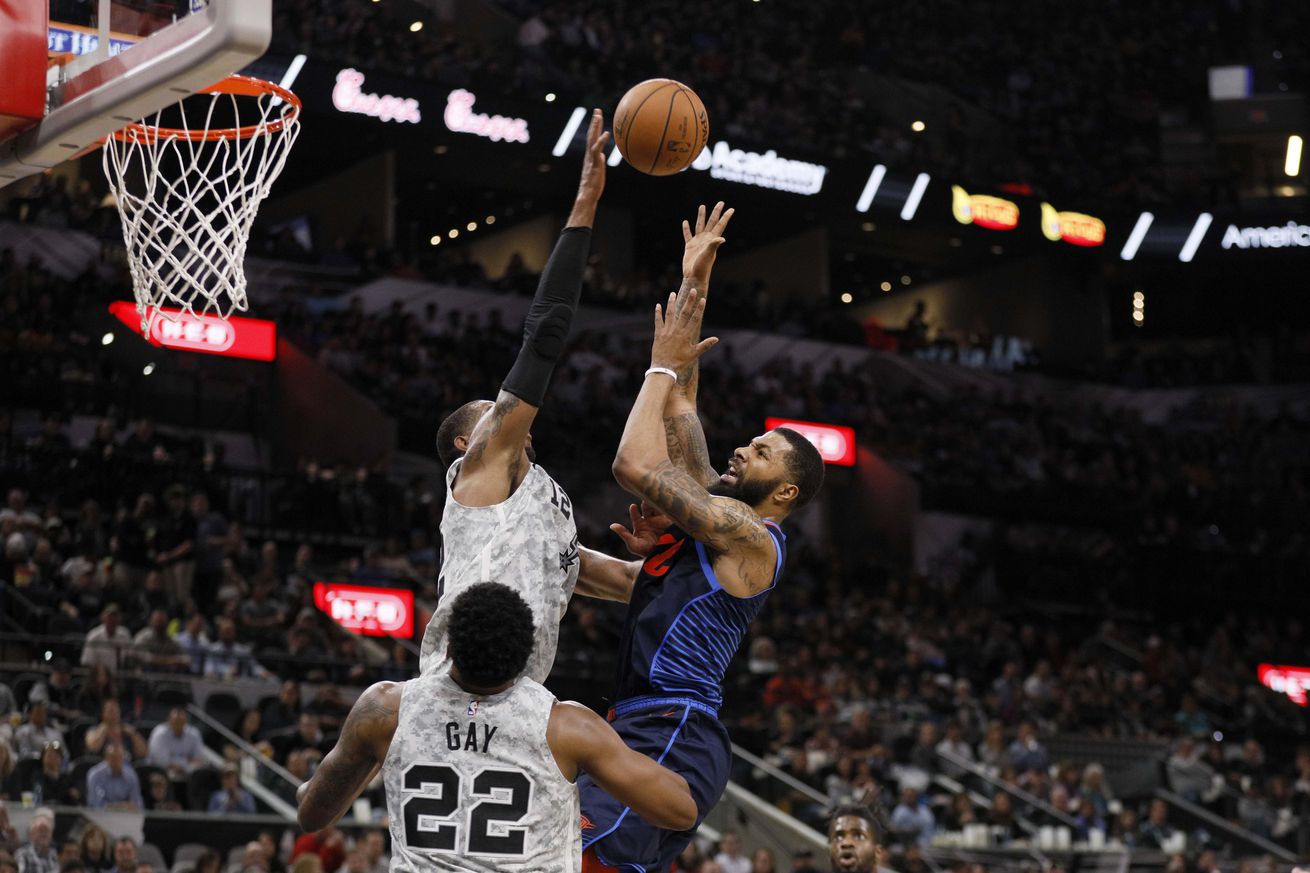 A Jazz loss in Atlanta has created a four-way tie for 5th in the West.

The Oklahoma City Thunder may have found a way to stop their free fall down the Western Conference standings. Don’t play.

The Thunder started Thursday 8th in the West. One Utah Jazz loss later and they now find themselves 5th, leapfrogging the San Antonio Spurs in the process. If you’re wondering how this is possible given the fact that the Spurs own the tiebreaker against the Thunder, let me explain. Flashing back to the previous Spurs Watch article, I mentioned that when more than two teams are tied, the first tiebreaker is based on which team has the better winning percentage against each other.

Just to make things a bit more interesting, there is only one more game scheduled between these four teams. On the final night of the regular season the Jazz play the Clippers. If the Jazz win and all four teams somehow end up tied at the end of the regular season, the tiebreaker between the Jazz and Spurs would come down to conference win percentage. Right now the Spurs have the better conference record, but that could change by season’s end.

Chances are slim that all four teams end the regular season tied, but it’s been tight all season so nothing would surprise me.

Since three out of the four teams currently tied for 5th in the West play on Friday, the Spurs could end the night anywhere from 5th to 8th in the West.

The Spurs own the tiebreaker against the Thunder, Clippers, and the scenario where all three teams end up tied, so the Spurs are guaranteed to end the night 5th in the West if they beat the Rockets. If the Spurs lose, they could finish anywhere between 6th and 8th, depending on the following results:

It should be noted that NBA draft tiebreakers are not determined using the same procedure used in breaking tiebreakers for the playoff. For the NBA draft, drawings are used to determine draft order among teams with the same regular season record. If the regular season ended on Thursday, the Spurs’ first round draft pick would fall anywhere between 18th and 21st, depending on the results of the drawing.

The Toronto Raptors are still clinging onto the second best record in the NBA, so their 2019 first round draft pick that is going to convey to the Spurs would end up 29th.