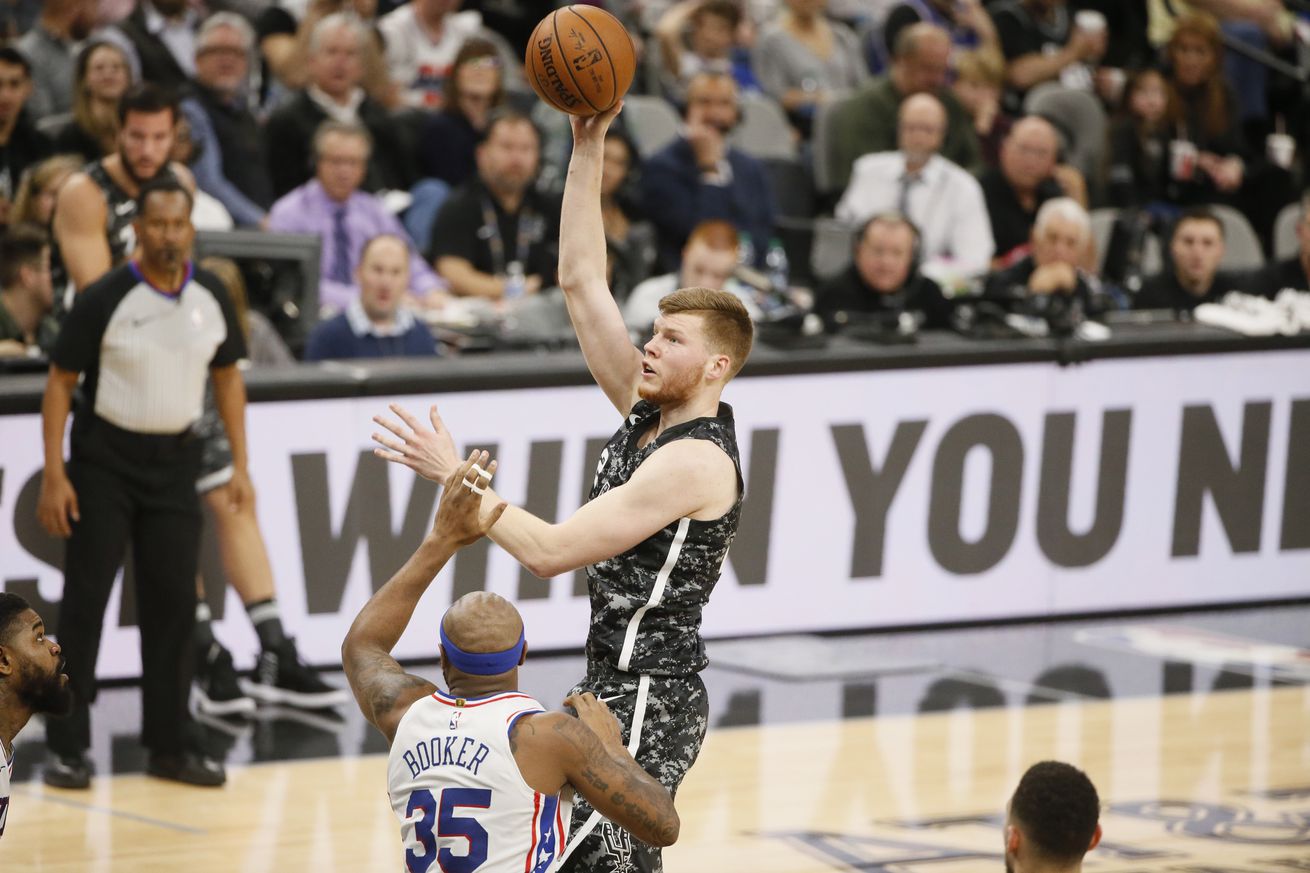 Welcome to the game thread. It’s the sixth and final game of the home stand, and the Spurs have a 4-1 record so far, but you still can’t feel too good about it. The Silver and Black have looked like a very good team for much of the time recently, with DeRozan and Rudy Gay providing backup to LaMarcus Aldridge’s All Star level play. But then we saw Saturday night’s game, where the Spurs faced the Chicago Bulls, one of the worst teams in the NBA, and managed to make them look like a combination of the Warriors and the Michael Jordan-era Bulls, losing a shocker in a stunning second half collapse. The Spurs need to beat the Sixers tonight to stay above .500, but we have no idea if we’re going to see the team that blew out the Clippers, or the team that got put away by the Bulls on Monday. Go Spurs GO!