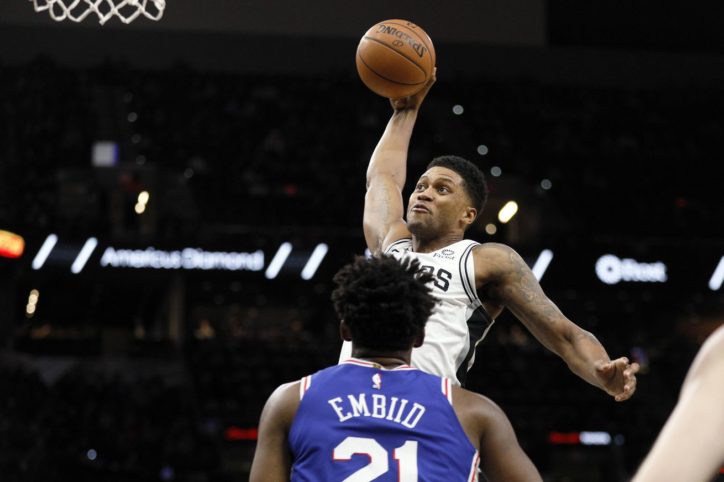 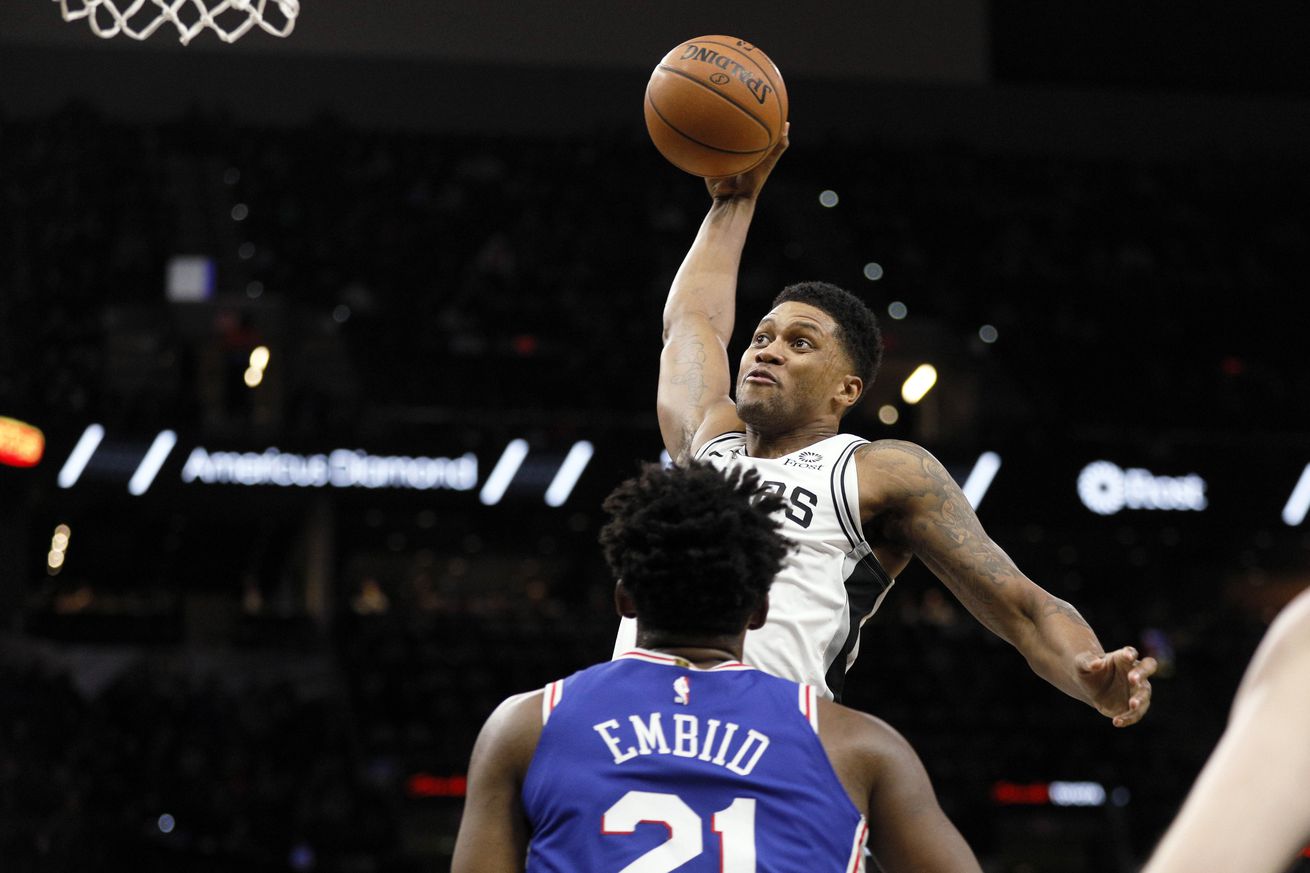 I’m dreaming of a Spurs winning record, just like the ones I used to know.

The Spurs swarmed on defense and took advantage of cold shooting by the Sixers to put away the game early in the 4th quarter behind LaMarcus Aldridge’s 20 points and 10 rebounds. Rudy Gay and DeMar DeRozan also poured in 21 and 20 points, respectively. Davis Bertans led the bench with 16 points and 6 hard-earned rebounds. San Antonio was able to wrap up their string of home games with a 5-1 record.

The Sixers figured to be a tough match-up, and they certainly were because the Spurs fell behind early and had to scrap their way back into the game. DeRozan carried the scoring load early on, and Bertans came off the bench to help close the Sixers’ lead.

By the time most of the starters came back onto the floor, the Spurs were able to grab a lead behind a series of solid defense. When the Spurs doubled Joel Embiid, it seemed to at least slow him down either resulting in missed shots or a turnover. Thus a slow start gave way to a 60-49 lead for the Spurs at halftime over a quality opponent.

Unlike Saturday’s collapse against the Bulls, the Spurs came out in the 3rd quarter more focused and looked to extend their lead. Aldridge putbacks and jumpers combined with DeRozan feeding Gay for easy buckets helped them increase their halftime lead.

The good guys were able to wrap this one up tonight and tag in the bench by bottling up Embiid and Jimmy Butler. The laser focus and lack of turnovers made the biggest difference. If inconsistency was a theme of this season, add low lows contrasted with their high highs to the season story arc. Tonight was a high.