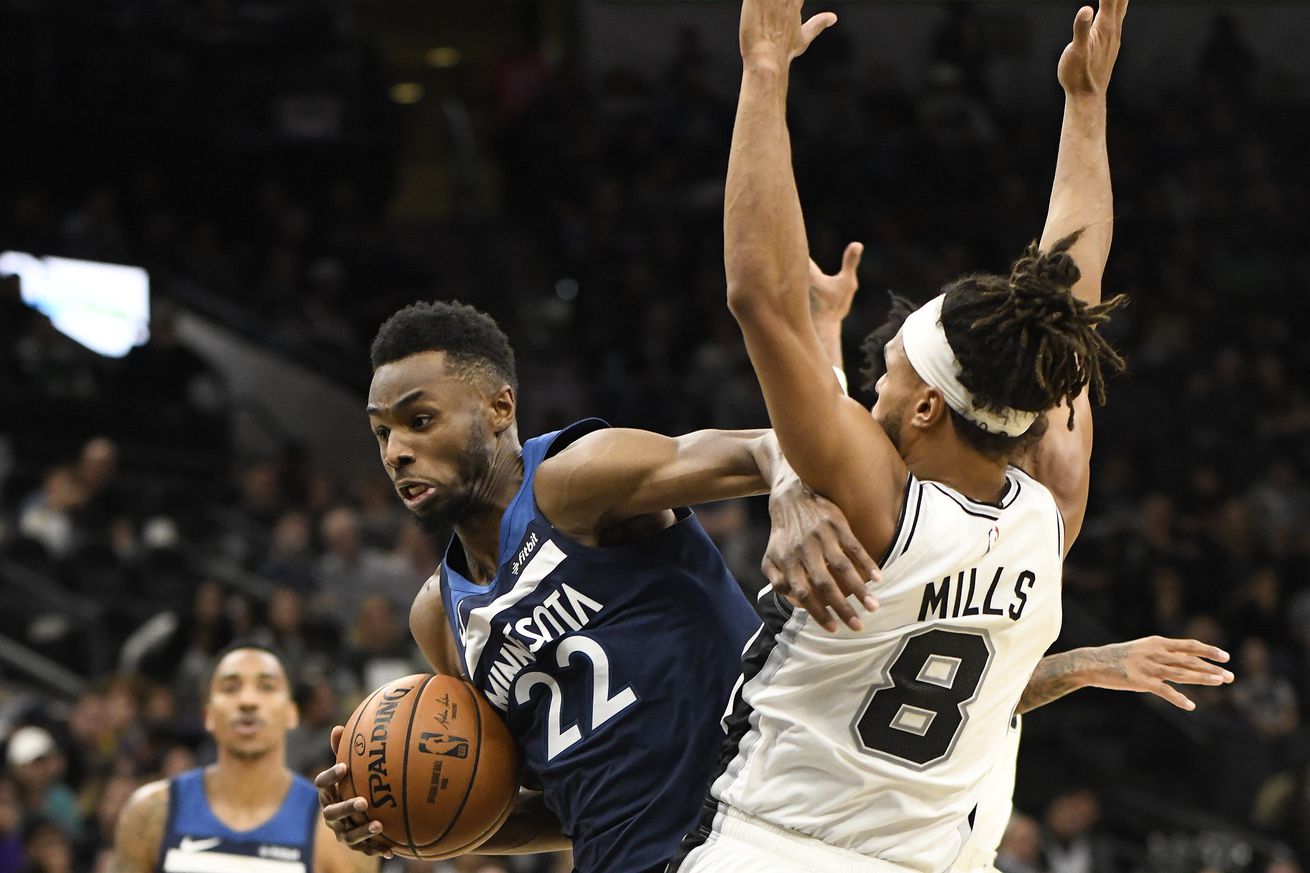 San Antonio’s lack of identity was exposed in another hard-fought game they couldn’t close out.

A new losing streak begins. The Spurs couldn’t beat the Tmberwolves at home and with their 113-101 defeat they have now dropped two straight after their win against the Knicks. They are 6-12 for the season, the third worst record in the West.

We knew the Spurs had a tough road ahead even after snapping their eight-game losing streak, because the schedule didn’t get any easier. The loss to the Lakers on Monday was expected, and a defeat at the hands of the Clippers on Friday appears to be the most likely outcome, which left the matchup against the Timberwolves on Wednesday as the best bet for a win that would allow San Antonio to gain some momentum. Unfortunately the Spurs just couldn’t beat an opponent that has the two things they seem to be missing: a legit superstar and an established system on both ends.

From the start it became clear that Karl-Anthony Towns was going to be a problem for the Spurs’ defense. Starting two big men who prefer to stay in the paint against the best shooting center in the league was a risk Gregg Popovich decided to take, and it backfired. Towns hit a couple of early threes, forcing Pop to bench Jakob Poeltl in hopes of bolstering the perimeter defense. The Timberwolves decided to adjust by attacking the rim and getting close looks or trips to the basket. It would be a pattern that would repeat itself throughout the game. Whenever San Antonio tried to take away the three, the Wolves would drive and whenever the Spurs tried to help to prevent those drives, someone was always open from beyond the arc for Minnesota.

To their credit, the Spurs tried hard on defense and had stretches in which they were successful. The bench came in early, forced some misses, and prevented another first quarter double-digit deficit. For a few minutes in the third quarter the help was on point. Unfortunately they just couldn’t maintain their best level for more than a few possessions at a time, which is an issue that has plagued them all season.

Something similar happened on the other end, where the Spurs once again scored at a high rate in part by making big runs. There were good stretches that showcased the individual talents of LaMarcus Aldridge and DeMar DeRozan in the half court and of Dejounte Murray and Lonnie Walker IV in transition. But those moments, as we know by now, are fleeting and hard to replicate late in game because of the lack of a team identity driving them.

In that sense, the contrast with the Timberwolves was stark. Minnesota is arguably less talented outside of Towns, but they know how they want to play. They are vulnerable inside but quick and long in the perimeter, so they focus on forcing opponents to take long twos instead of threes by closing out hard but in control. On offense, Towns and an improving Andrew Wiggins are their fulcrums, but the role players are all expected to cut hard and shoot if they are open, as the team prioritizes shots in the paint and from beyond the arc. There is no hesitation, as everyone knows their roles.

On the other hand, the Spurs seem aimless, haphazard. They have to settle for adopting identities for a little while and abandoning them as soon as something goes wrong. A more versatile team could get away with shape shifting from quarter to quarter and game to game, but San Antonio simply can’t. It’s why they always seem able to make runs and make games close at some point but never dominate for long stretches. Their lack of any semblance of consistency combined with their inability to execute in the clutch (which was on display again against Minnesota) make it very hard to secure victories.

Time is running out for San Antonio — that is, assuming the playoffs are still the goal. Almost a quarter into the season, though the Spurs should know what type of team they are, they don’t. Hopefully something clicks into place soon, because if it doesn’t a trip to the lottery will be inevitable.

Next game: Vs. the Clippers on Friday

Kawhi Leonard and the Clippers will visit San Antonio. They will be on a THIGAFONI after beating the Mavericks and the Grizzlies on the road, so they should be tired and road-weary. The Spurs need to be ready to pounce early to have a chance.