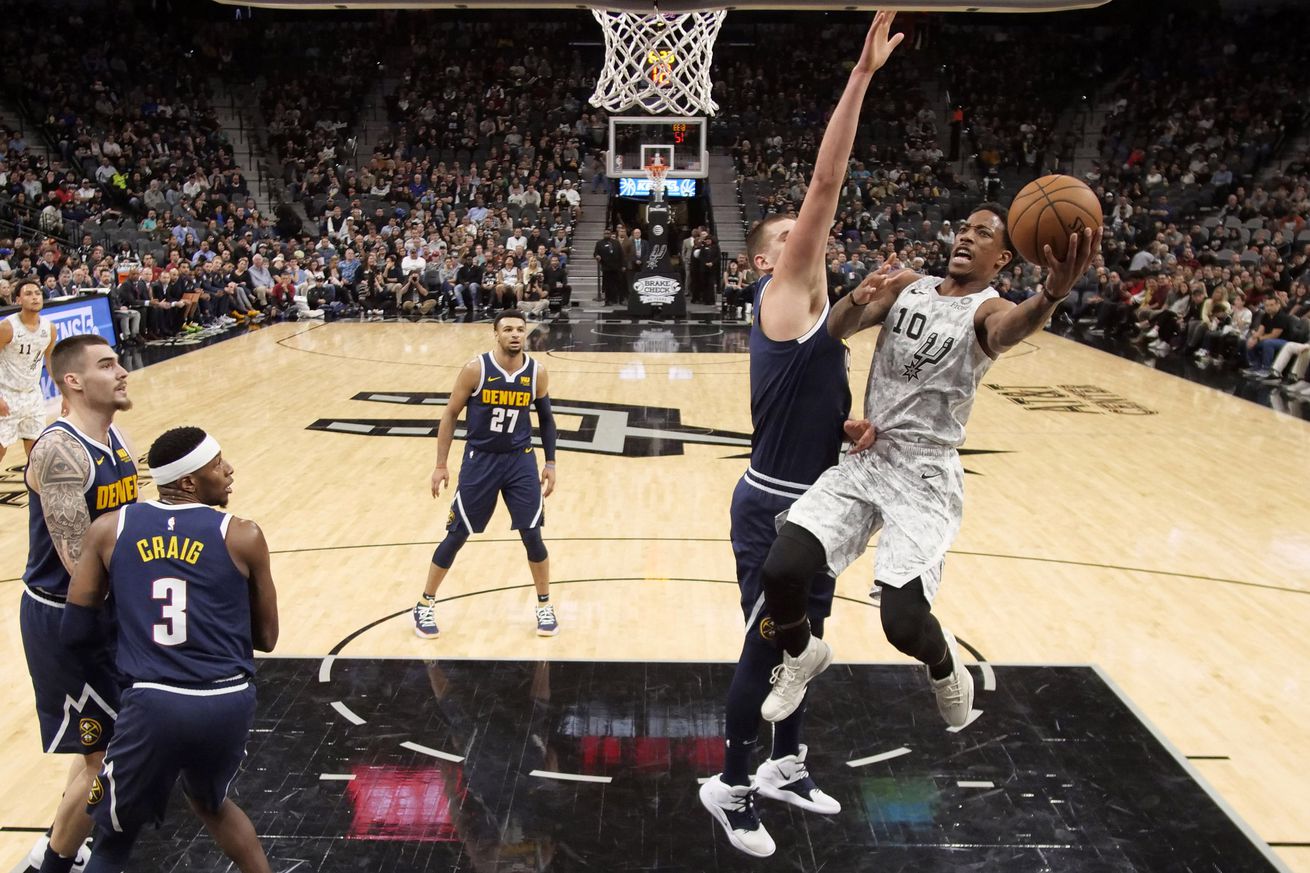 The Silver and Black are in Denver for the second game of a home and home against the Nuggets.

Welcome to the game thread. As Yogi Berra once said, “It’s like deja vu all over again.” The Spurs face the Nuggets for the second time in a two day span, this time at their place. The Nuggets have one of the best home court advantages in the league, and it’s has to do with the air up there, it’s thinner in the Mile High City. [Wow, never thought about it before, but that nickname has more than one meaning these days.] The Spurs just beat Denver at the AT&T Center, but you can expect that they won’t be able to contain Nikola Jokic two games in a row, and this will be a tough game for LaMarcus Aldridge, DeMar DeRozan and the Spurs. The Spurs will also need better outings from Rudy Gay and Patty Mills tonight to have a shot at winning tonight. Go Spurs GO!