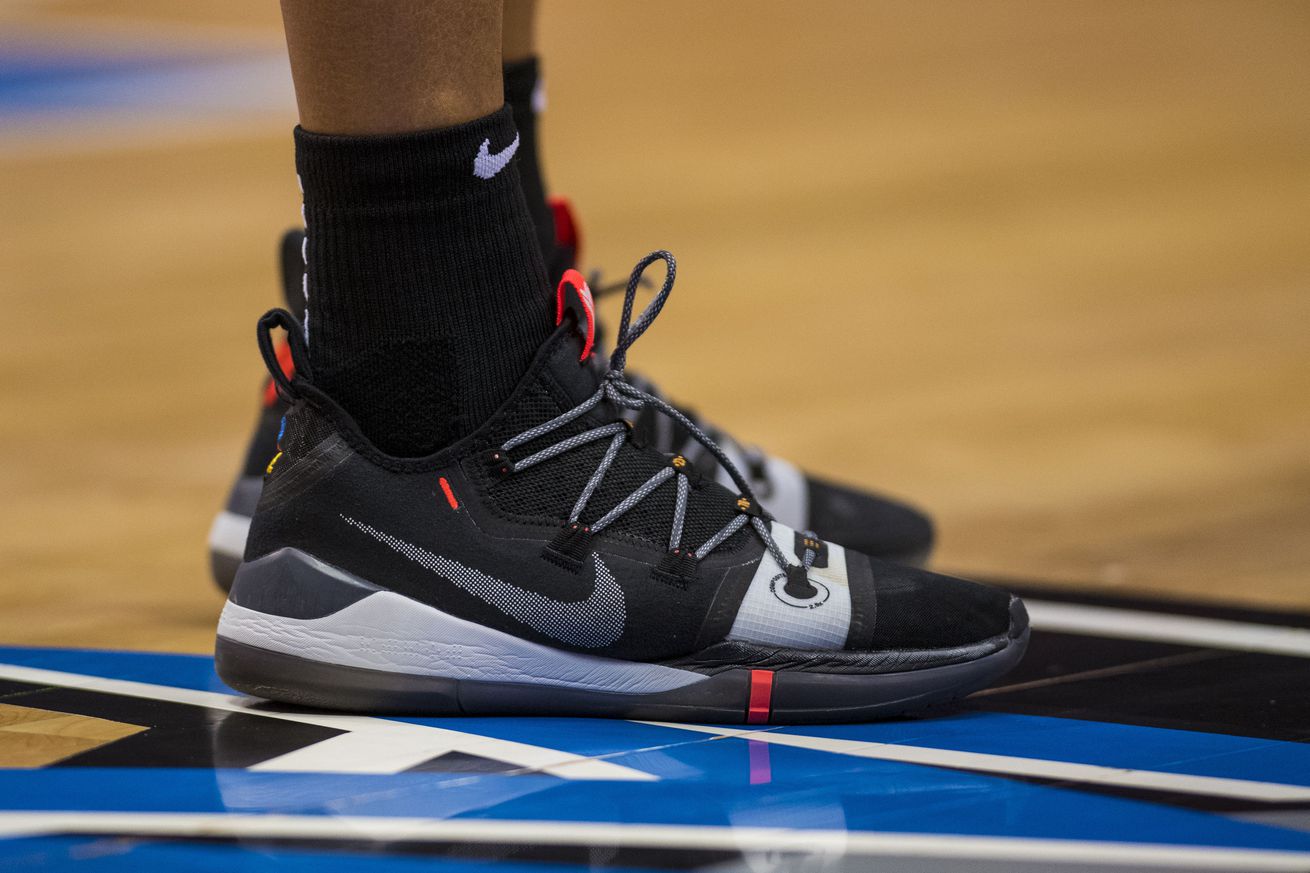 The undrafted 3rd year guard out of Michigan State has made a mark on the Spurs this year, and he’s doing it in a classic rival’s signature shoes.

Bryn Forbes was sort of maligned during the early part of his career in San Antonio. “He’s so small,” I’d read often in PtR mentions on Twitter, “teams are just looking to get a mismatch out there. Yeah he can hit 3s, but so does Patty. Whats the point of having him out there?”

It’s clear that Bryn has an ability to block out criticism. After spending the first two years of his college career at small-school Cleveland State, he made the mature decision to transfer to Michigan State to be closer to his son. Forbes made headway as a shooter as a Spartan, becoming one of the top 3-point shooters in the nation, even garnering an invite to the NCAA College Basketball Three-Point Contest.

This all wasn’t enough to earn him a spot on an NBA team via draft pick, but the Spurs took a chance on him after he made 77 out of 100 3-pointers during his pre-draft workout and signed him to their 2016 Summer League squad. He eventually found his way to a roster spot, though he spent much of that season in Austin before playing in 80 games last year and 4 games in the playoffs.

Fast-forward to this season and the Spurs appear to have struck gold once again. Forced into the starting lead guard spot after an ACL injury to Dejounte Murray, and then a heel injury for fellow 4-year college player Derrick White, Forbes took the opportunity and ran with it. With a varied game that includes floaters, pull-up jumpers from the elbows, and the greenest light on PU3IT since Danny Green, he’s averaging career highs in every category, including the 2nd best 3-point percentage on the team (42%, minimum 70 attempts) behind Davis Bertans. He’s even in rare air when it comes to 3-point makes in Spurs’ history:

Bryn Forbes has now hit more three-pointers for the Spurs than Robert Horry.

Kinda silly to complain about his size when he’s the same height and weight roughly as Stephen Curry, don’t ya think?

Much of that work has been done in the Nike Kobe AD Exodus, the 5th in the Nike Kobe AD line. The AD line follows the original numbered series Kobe models (1 through 11), which ended with the Mamba’s final season in the NBA. Like most of Kobe’s signature models, the AD series continues his preference for a light-weight design that allows for quick movement, while still being durable.

The Exodus was actually debuted at the Drew League this past summer by none other than DeMar DeRozan, a notable Kobe enthusiast. The shoe features a full-length bootie, constructed with mesh, that is supposed to keep the foot locked in, but maybe that’s false advertising after what happened to Bryn during the Pelican’s game last night?

Bryn Forbes lost his shoe and then missed a point blank layup pic.twitter.com/PjMBEvrrg3

I have yet to wear any pair of Kobe’s from the AD line. In fact, the last numbered Kobe I wore were the 7s back in 2012. Though I love the style and the tech that they often use (this new model uses a micro-blade outsole pattern intended to increase traction on a variety of surfaces), I’m usually turned off by the colorways offered by Nike.

Have you played in these before? Any desire to? Let me know in the comments!