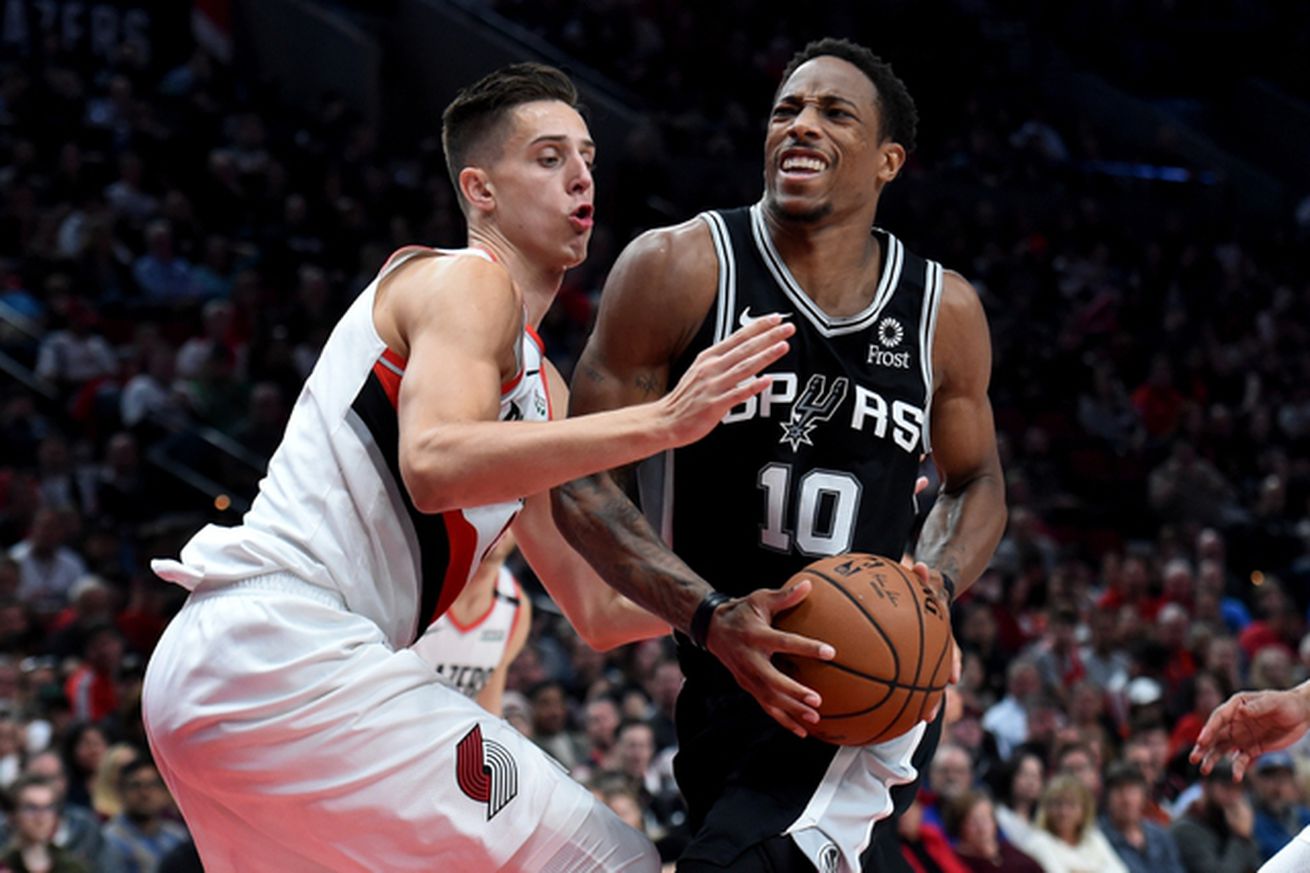 The Good Spurs do still exist!

The Good Spurs are back, y’all! At least for one night. In a battle between two conference rivals who have both lost their way after strong starts, the Spurs came out determined to make a statement against the Trail Blazers following back-to-back blowout losses. In a back-and-fourth, physical, and exciting game, the good guys came out on top thanks to an amazing shooting night as they hit over 60% from the field (50-83), including 11-15 from three.

DeMar DeRozan led the Spurs with 36 points, 8 rebounds, and 6 assists, while LaMarcus Aldridge dropped in 27 against his old club. For the Blazers, Damian Lillard scored 37 points, and CJ McCollum put in a relatively quiet 24 points.

The Spurs are headed back on the road to take on the Utah Jazz on Tuesday. Tip-off will be at 8:00 PM CT on FSSW.