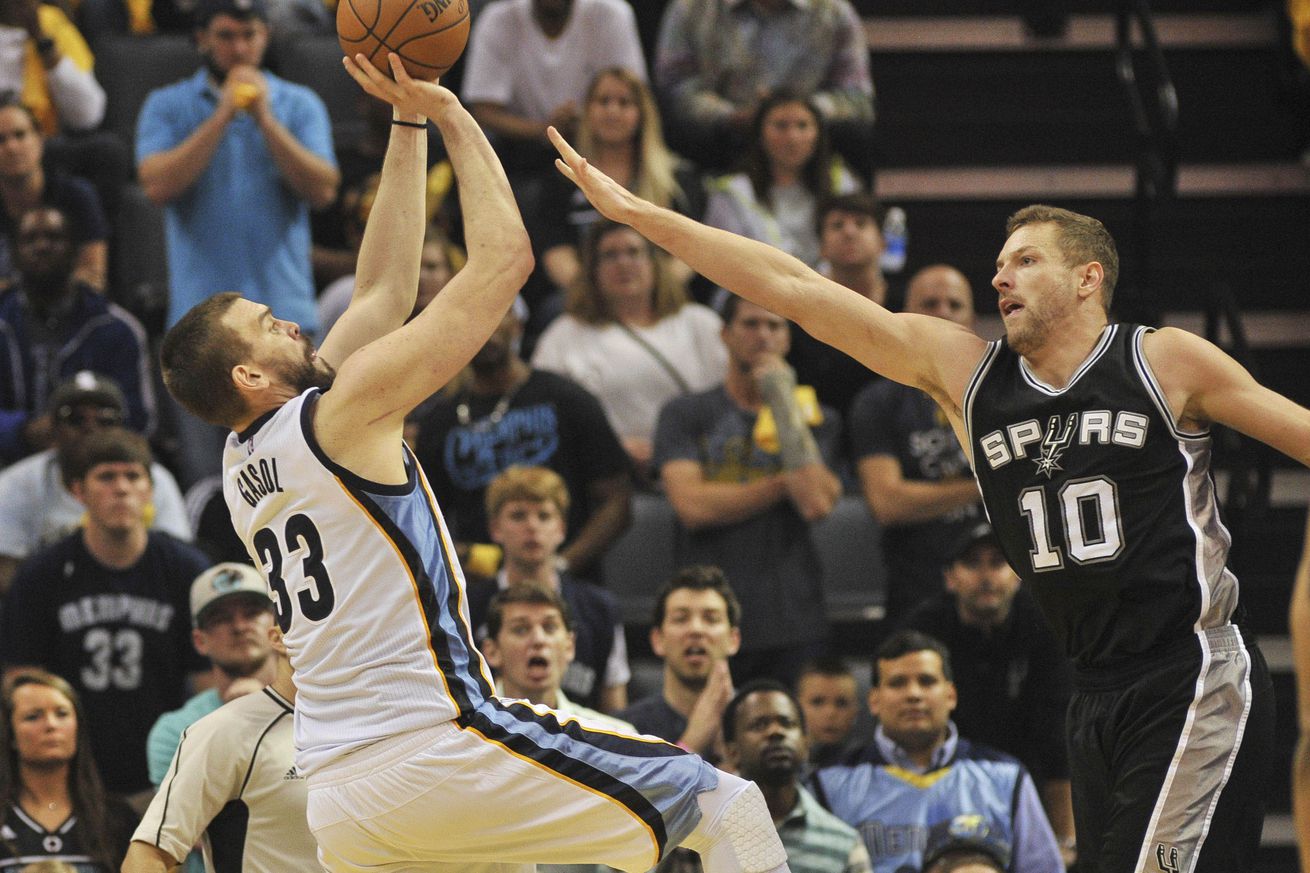 And this from a guy not exactly known for his optimism

There’s a sense that with the first-round series against the resurgent Memphis Grizzlies tied 2-2 that perhaps it’s time for the Spurs —and by extension their fans— to panic. After all, in Game 4 they wasted what will be, in all likelihood not only Kawhi Leonard’s best overall game of the series but also Tony Parker’s. It’s not at all realistic to expect either of them to do that again.

Me? I’m not as downcast about it as you might expect. A part of that may have to do with my eternal satisfaction with the 2014 title. It’s all house money to me after that. And a part of it might have to do with my pragmatism about the looming specter that is the Golden State Warriors. Ultimately, I see it not mattering all that much in the macro sense whether the Spurs advance beyond this series or not. Also, there’s the fact that I didn’t watch the game live, due to a family matter. If I was living and dying with every possession like most of you were, perhaps I’d have been more pessimistic afterward. So I’ll admit beforehand that all of these factors color my perception.

All that being written, I found more good signs than bad in Game 4 that portend to the Spurs prevailing in six or seven games.

Mainly I’m going to choose to believe —for the sake of my sanity if nothing else— that Gregg Popovich has not washed his hands of this series as far as adjustments go. It seems rather apparent by now that the world needs more of Davis Bertans, who was plus-13 in 9:31 in Game 3 and less of David Lee, who finished -15 in 33:05. Of course, Dewayne Dedmon being out was a big reason why Lee played so much in the first place, but one would think that Lee’s ineffectiveness at both ends will eventually force Pop’s hand. Also, it sure seems like giving Jonathon Simmons another shot to make something happen as the fourth (or third) wing is overdue. Kyle Anderson was -15 in his six minutes, which is not easy to do. It’s entirely possible Simmons gets Ginobili’s minutes instead, and at this stage it’d be hard to argue against it, as sad as it is to admit.

For all the attention Russell Westbrook and the Oklahoma City Thunder have generated for the free-fall that occurs in their efficiency when Westbrook sits, a similar thing played out in Game 3 for the Spurs. Leonard finished plus-18 in a game San Antonio lost by two, and he sat for just nine of the 53 minutes. Those are the minutes that are killing the Spurs and it’s what Popovich is going to have to find a solution for. The lack of bench production has killed them these past two games. We’ll have to find out which was the mirage, the Ginobili/Mills/Gasol we saw the whole season or the guys we’re seeing struggle now. It’s a helluva time for guys to slump, but typically they don’t last long.

In sports as in life there is process and there are results. You can do everything right and get unlucky and vice versa but there is far more correlation for positive process producing favorable outcomes and negative process producing negative outcomes than the other way around. The Spurs’ process was mostly sound in Game 4, they just happened to lose. They played well, they just didn’t shoot well. We’ve got to trust that they’ve mostly figured out what they have to do, and now it’s just a matter of doing it. Personally, not only do I think they’re going to win Game 5, but I’m not expecting the game to be particularly close. This isn’t the Durant/Westbrook Thunder or the Paul/Griffin Clippers they’re facing. They’re the Memphis Grizzlies. Come on.

And if it turns out that the Spurs stink then, oh well, they stink. What do you want? Tim Duncan retired, man.