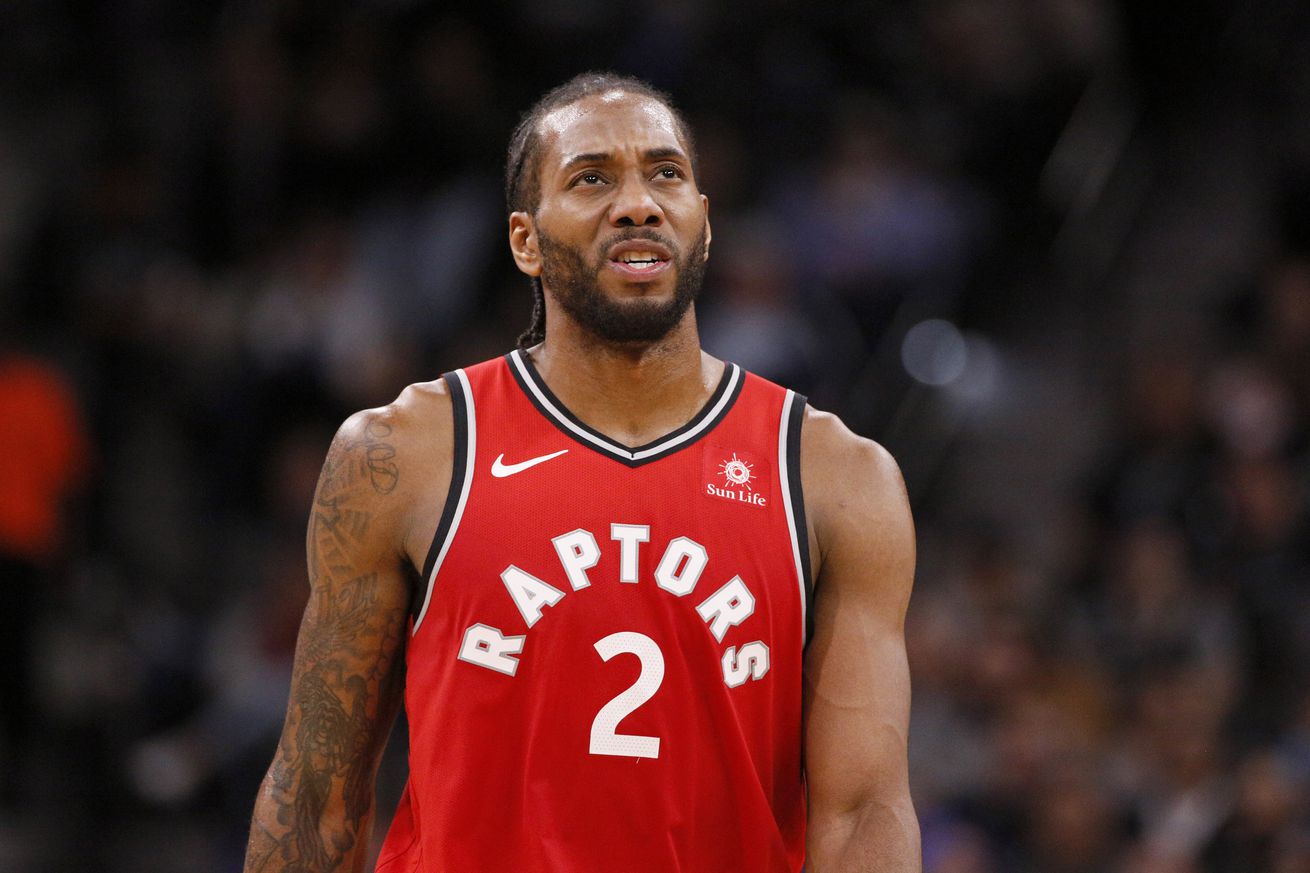 We may never fully know what led to Kawhi’s actions on his way out, but Thursday’s game offered a different type of closure.

Do we really know what happened between Kawhi and the Spurs? That’s the question that months after the trade still haunted some fans, including myself. We’ve been waiting for that last piece of information to complete the picture and provide some closure, but it never came.

We’ve heard some potential reasons why Leonard wanted out, ranging from the more believable, like him wanting to go back to California or his management team wanting him on a bigger market. to the frankly laughable, in which a pointed comment by Tony Parker was the main reason why Leonard decided to leave. The most convincing explanation from Kawhi’s side is that a misdiagnosed injury put Kawhi at odds with the Spurs and all the other aspects only exacerbated the divide. Yet there are reports that he was unhappy back at the 2017 All-Star game and there was a China trip before the season in which he made himself unavailable to the Spurs. Always, a piece appears to be missing.

Whatever happened was serious enough for Kawhi to not only want to leave but to also be willing to burn it all down on his way out. There was an easier path to exiting, one that could have been much more orderly. All Leonard had to do was let the 2017/18 season play out and in the summer ask for a trade. It would have been easy and everyone’s reputations would have been preserved. Instead he either refused to play when he could have or at the very least kept the franchise in the dark during the recovery process, teasing them with return dates that he’d then miss. There were leaks to the press, Tony Parker slander and generally a scorched earth approach that left the Spurs with so little leverage that they couldn’t even get a good enough offer from Leonard’s preferred destination even if they would have been open to trading him there.

I could always understand that he wanted out but I could never figure out why he chose to go about it the way he did. There’s no reasonable motivation for it. That’s why I’ve been waiting for the final piece of the puzzle that would help me make sense of it all. I was hoping against hope that Leonard’s return to San Antonio would provide it.

It didn’t happen. There were plenty of big stories but none that had new information. Pop and Kawhi kept it respectful leading up to the game. So did the players for both teams. It was predictable, yet still disappointing. As tip-off approached, I was resigned to not getting the closure I was looking for.

Then the game started.

The night couldn’t have gone better for a Spurs fan. The Raptors taking an absolute shellacking from start to finish was great, but the smaller moments were weirdly even more delicious. I found some catharsis by proxy in all the booing. The “traitor” chants felt like a little much until the camera panned to a man laughing while chanting, which made me feel that that level of anger was just performative. It still stung Kawhi, though. Danny Green was gracious enough to not remind us that he was included in the trade by being almost invisible out there. DeMar DeRozan getting his revenge was fun. LaMarcus proving his relevance and the younger players showing off on national television was just fantastic.

I didn’t get the kind of closure I was looking for on Kawh’s return but I did get some closure. The game felt like a microcosm of the whole Kawhi ordeal but one in which the fans got to articulate the feelings they went through at the time — anger, confusion — and the ones that have followed as the season has progressed — joy, hope for what’s coming. I saw a fanbase that was understandably angry but didn’t have its soul poisoned by what happened (for the most part). It was as if those 48 minutes both condensed the past 14 months and somehow gave us a glimpse to a future in which the Spurs were just fine and Leonard was a distant memory. The fact that the whole night ended with an embrace between Pop and Kawhi was strangely healing.

I’d still like to know if there was an inciting incident that sent Kawhi in the path he took but I realize that new information won’t surface just because we crave it. I also know that things don’t make sense simply because we want them to and people act illogically and against their own interest all the time. Maybe we haven’t been able to decode what happened because there’s nothing complex to decode.

Before yesterday that explanation would have felt too unsatisfying for me to fully accept. Now for some reason it isn’t. Kawhi decided to do what he did for reasons we might never know or comprehend, and that’s fine. He knows how we feel about it and we know that, as harmful as his actions might have been at the time, the Spurs will be okay going forward.

I’m assuming most of us aren’t at a place where we’d share an embrace with Leonard, but hopefully we’ll get there. For now, I’m at least ready to put it behind me.