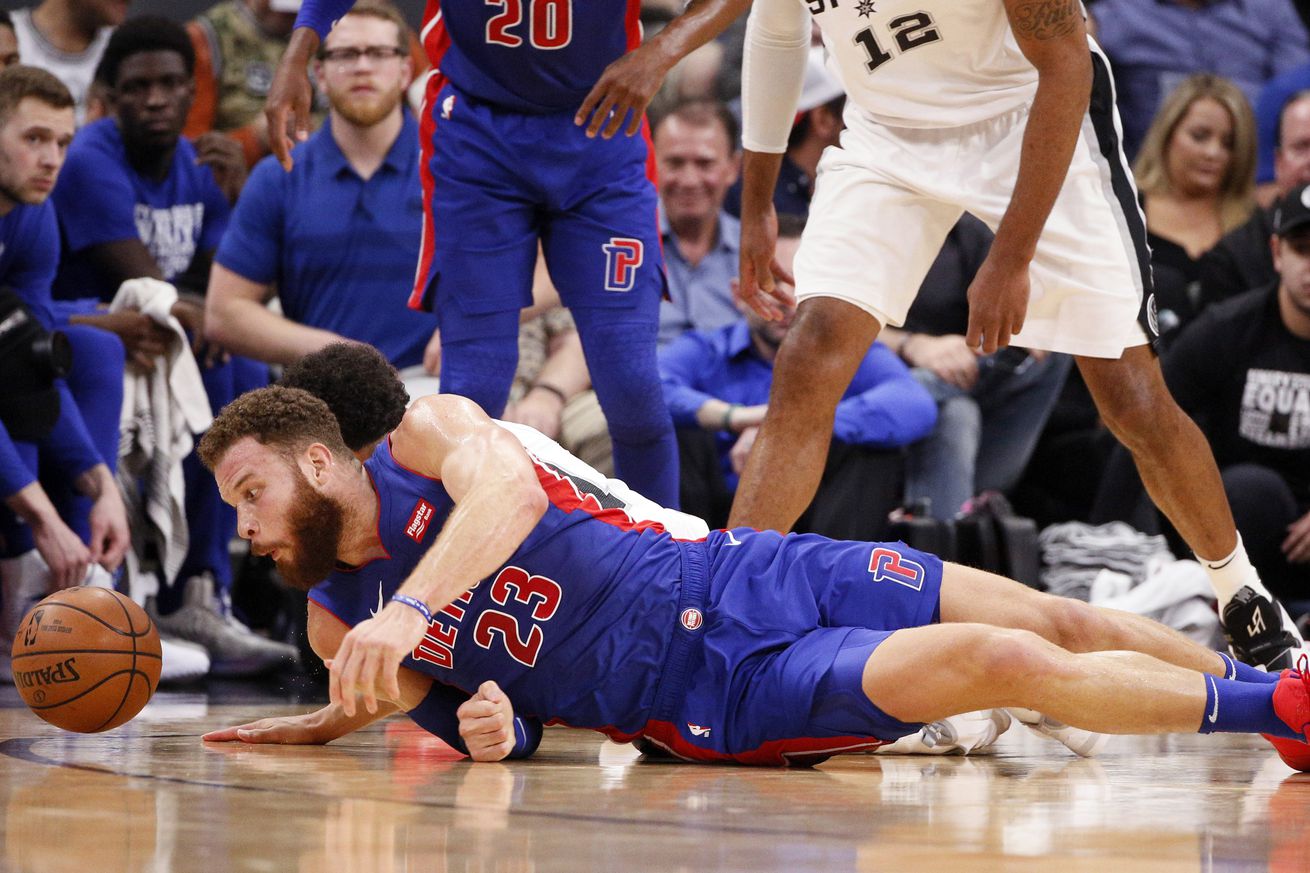 Before Blake Griffin and Reggie Jackson, the Bad Boys reigned in Motown.

Watching last night’s game did more for me than just rekindle my appreciation for the Spurs game. The Rodeo Road Trip was frigid, but the home game warmed me up. A few memories appeared during throughout the night.

The Pistons were looking to repeat after shunning an All-Star packed Los Angeles Lakers 2004 team. Yes, before Kevin Durant chased rings and made bandwagoning sheik, Karl Malone and Gary Payton introduced the practice. Bonus points if you can remember who the 5th starting Laker was . . .

Anyway, the Spurs had other plans and Chauncey Billups, Rasheed Wallace, and the ever-changing coiffure of Ben Wallace. The series went to seven games and the Spurs brought home their 3rd NBA Championship on their home court.

2. David Robinson earned a quadruple-double against the Detroit Pistons. It was February 17, 1994. He was the fourth player, and the second from the San Antonio Spurs, to do so. During last night’s telecast, they showed some of the highlights of that historic game.

3. Also mentioned last night was the trade with the Pistons that sent Sean Elliott to Detroit. On the receiving end, the Spurs got Dennis Rodman, one of the best rebounders to play the game. The Bad Boys a thing of the past, Rodman was ready to move on. But his flamboyant personae clashed with the military stature of the Spurs central player and head coach Gregg Popovich’s “over yourself” mentality.

Unfortunately the trade was a bust for both teams and the Spurs shipped off Rodman. On the other hand, they did get Elliott back and today he announces for the Spurs while his jersey hangs proudly from the rafters.

On a side note, seeing Zaza Pachulia made me grumpy. Why anyone one with an ounce of self-respect would sign this guy is beyond me. I found it discomforting that, while Spurs fans booed Pachulia throughout his time on the court, it was nowhere near the level of venom that was actually afforded to Kawhi Leonard last January.

Take That For Data.