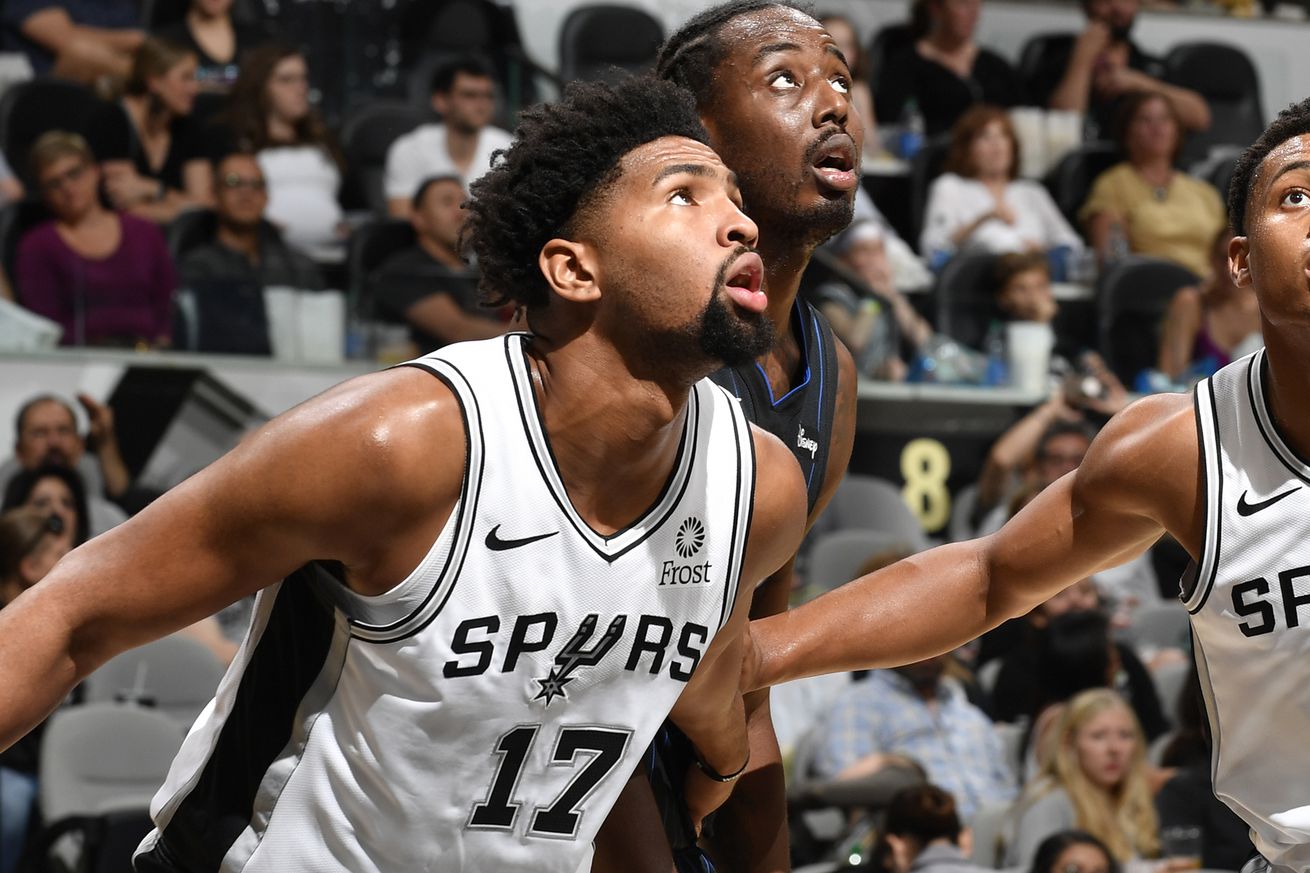 After Sunday afternoon’s game, the San Antonio Spurs announced they have waived forward Dedric Lawson. He appeared in all of the preseason games up to this point.

Spurs have waived undrafted rookie Dedric Lawson, a forward from Kansas. He appeared in three preseason games, averaging 1.7 points and 2.7 rebounds in 12.3 minutes. The roster now stands at 18.

The Spurs rosters is now down to eighteen players with two preseason games remaining.

Who do you think will be the next to fall? Let us know in the comments.