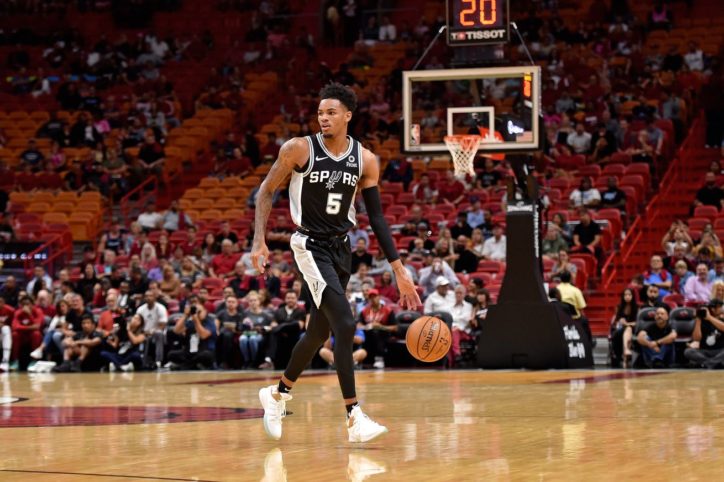 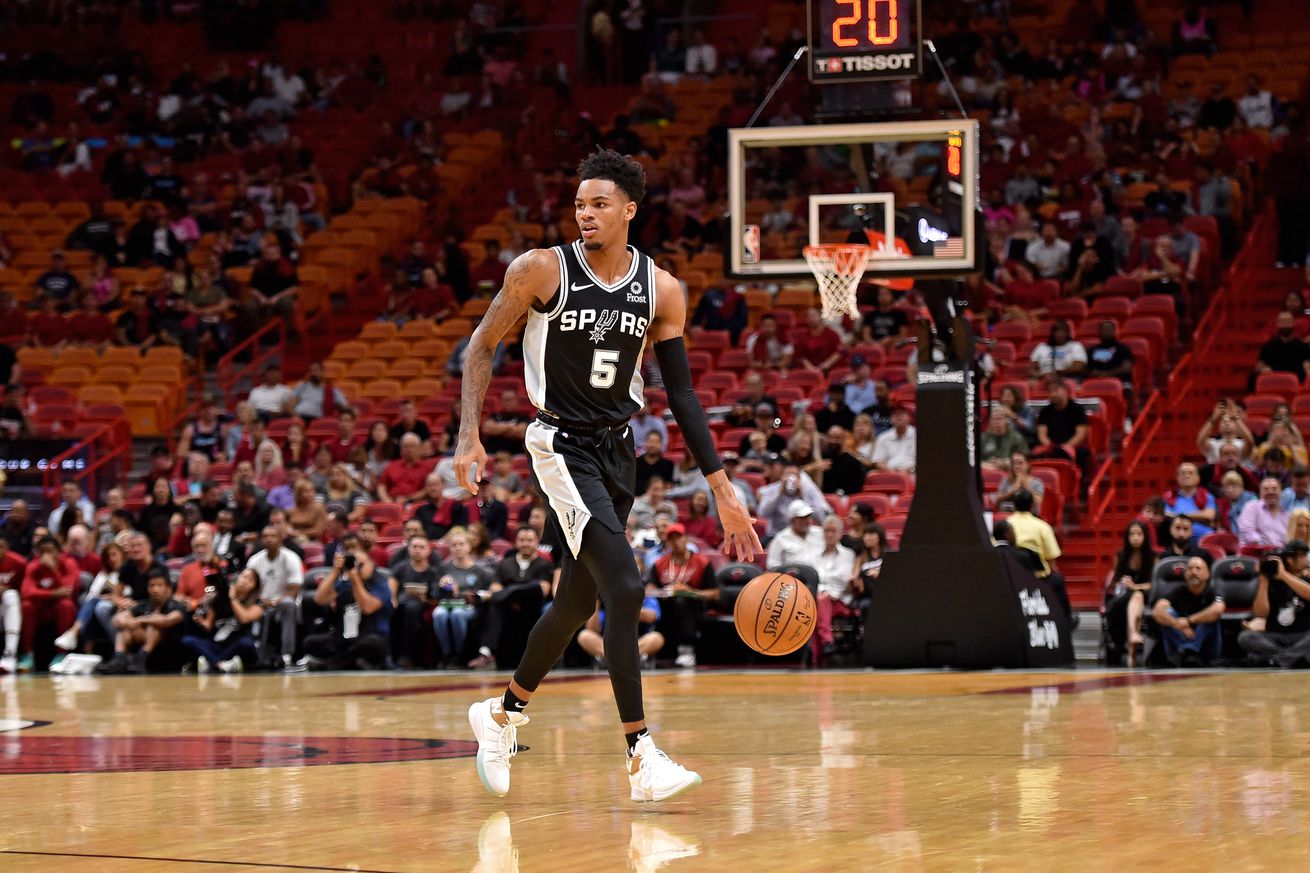 As exciting as it would be to see the two talented young guards share the court, it makes too much sense to keep them separated for now.

You’ve probably noticed something a little disappointing in the Spurs’ three preseason games, other than the lopsided losses: Derrick White and Dejounte Murray have not shared the court at all.

It seems by design, too. There were too many absences in the first and third games to draw any conclusions, but in the second game everyone played, and Gregg Popovich went with a reasonable rotation that just happened to not include minutes for Murray and White at the same time.

Surely at some point Pop will play them together at least in preseason, but it wouldn’t be surprising to see them apart most of the time in games that count, which actually makes a lot of sense.

White and Murray would have been an awkward fit even in the best of circumstances. They are both at their best with the ball in their hands, and neither can really shoot from outside with enough consistency or volume yet to easily transition to a more traditional off ball role. The presence of DeMar DeRozan, however, turns a tough fit into an almost unfathomable one. With yet another non-shooter who needs the ball entrenched at the small forward position, San Antonio needs at least one credible off ball outside threat in the starting lineup. Bryn Forbes has been filling that role well since last season, so it’s unlikely Pop sits him in favor of White. If anything, the starters need more shooting, which could mean going with just one big man instead of having Jakob Poeltl out there — but that’s another issue altogether.

Having White come off the bench also helps balance out the second unit, which desperately needs dribble penetration and perimeter defense. The subs carried the Spurs’ offense last season but lost a key cog in their run-and-gun attack with the departure of Davis Bertans. They’ll need someone to create for others to replace the synergy and movement that characterized that unit, and White, who can run a good pick and roll, should in theory be able to fill that gap. Similarly, having a good perimeter defender at the point of attack around the bench guards should make the second unit less permeable on that end, which seems to have been the priority during the offseason if the DeMarre Carroll signing is any indication.

Having Murray and White anchor different units should be a game-changer. The biggest reason why it hasn’t been so far is because both young guards have not been at their best. Murray has showed nice aggressiveness on drives but he still needs to figure out how to maximize his ability to get to the paint while playing next to Poeltl, who often occupies the same space he needs to finish. On the other end, Murray has not yet been the consistent, stabilizing force he was when he broke out, which makes sense considering he’s just now returning to the court after a long absence.

As for White, he’s had two dismal preseason games in which not much went his way and a decent one in which he didn’t make a big positive impact. He’s rimmed out shots on drives and doesn’t seem to have a lot of chemistry with his second unit teammates yet after a year of starting. He’s been too turnover prone and was plagued by foul trouble in the second preseason game, a familiar issue. All this has led to him looking visibly frustrated at times. Yet, if a couple more shots had gone in he would have had acceptable performances early and his struggles elsewhere wouldn’t have drawn much attention.

Preseason is all about experimentation, so the Spurs should absolutely try to find a way to play their two most promising young guards together in lineups that don’t feature DeRozan and have just one big on the court. The defense should be fantastic, so if the two can just coexist on offense the pairing would be viable. Hopefully we’ll get a glimpse of how that looks soon, but if we don’t, that’s not the worst thing in the world.

It makes sense to keep Murray and White separated most of the time as long as White actually accepts the sixth man role — admittedly a tough ask for a guy coming off a breakout season as a starter. If he does, he should be able to replace Murray’s defense and shot creation when Dejounte rests while having a bigger offensive role than the one he’d have while playing with other ball dominant guards.

Some time in the near future, perhaps as soon as next offseason, the Spurs will need to figure out if Murray and White are their starting backcourt going forward, so giving them chances to learn how to play together would be smart. Yet, the priority right now seems to rightfully be to put together the best rotation for the year ahead.

If that means keeping Murray and White apart for the time being, that’s just what Pop should do.