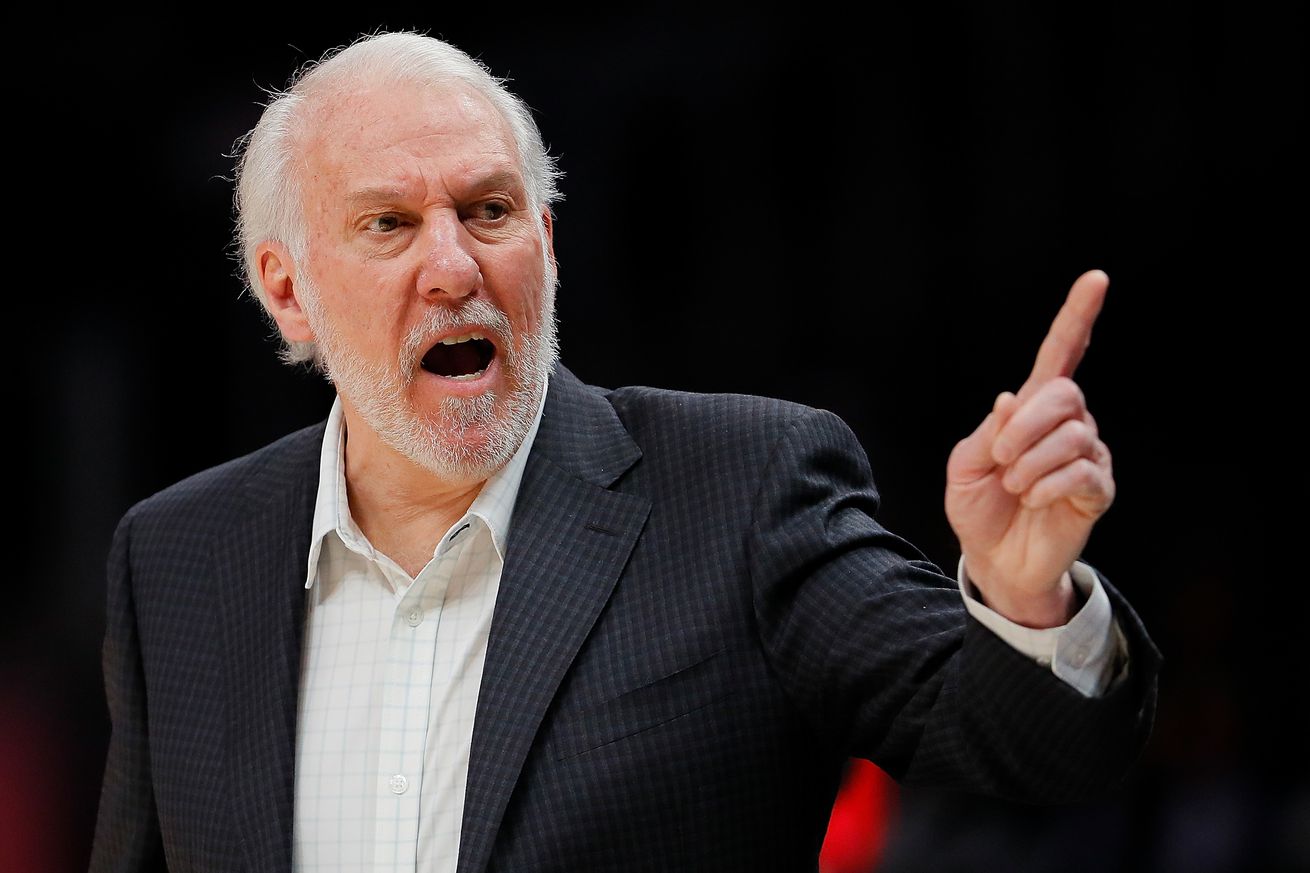 When getting your point across just isn’t enough.

It’s been a while since since Spurs fans have seen it, but last night in loss against the Sacramento Kings, Gregg Popovich brought back an old tradition — the double technical ejection.

It started with a bad call at the offensive end of the court as Derrick White was called for an offensive foul when De’Aaron Fox attempted a round of leap frog over the Spurs guard. Not only did it nullify Bryn Forbes’ 3-point shot, it took away the “and one” that he had coming.

The call was so bad that former Spurs guard Brandon Paul felt the need to chime in:

Lmao DWhite just got called for an offensive foul for getting leap frogged..Then same ref called that… ‍♂️ well y’all saw it smh

Pop has a history of back-to-back technical fouls. It seems once he’s upset enough to let the officials have it he is determined to give them all he can until being excused from his coaching duties for the remainder of the game.

We’ve seen it this season with DeMar DeRozan — get one technical on a bad call and see the calls level out a little more. Usually, with the next call.

But Pop doesn’t just use one technical to get his point across. He lunges at the referees with venom and fury, often having to be restrained by his own staff like a WWE wrestler.

And on this night, there was insult to injury. The call that really threw Pop over the edge was the missed out of bounds call. The ball was clearly off of Harrison Barnes. And once Pop was ejected, the call was corrected and reversed.

Unfortunately for Pop, the trip to the locker room was not.