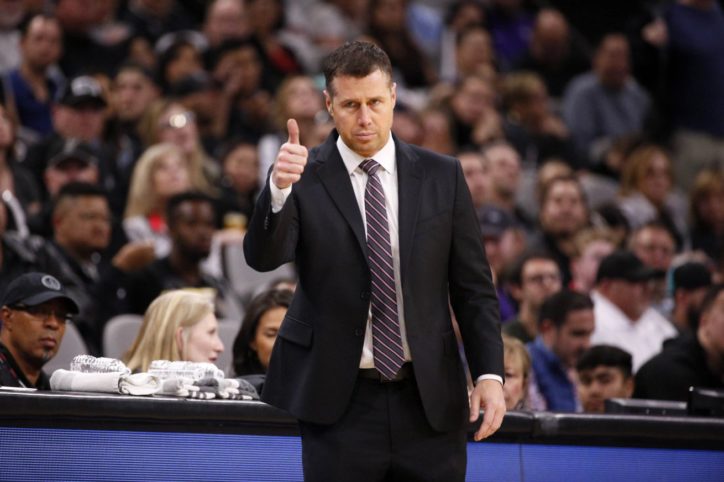 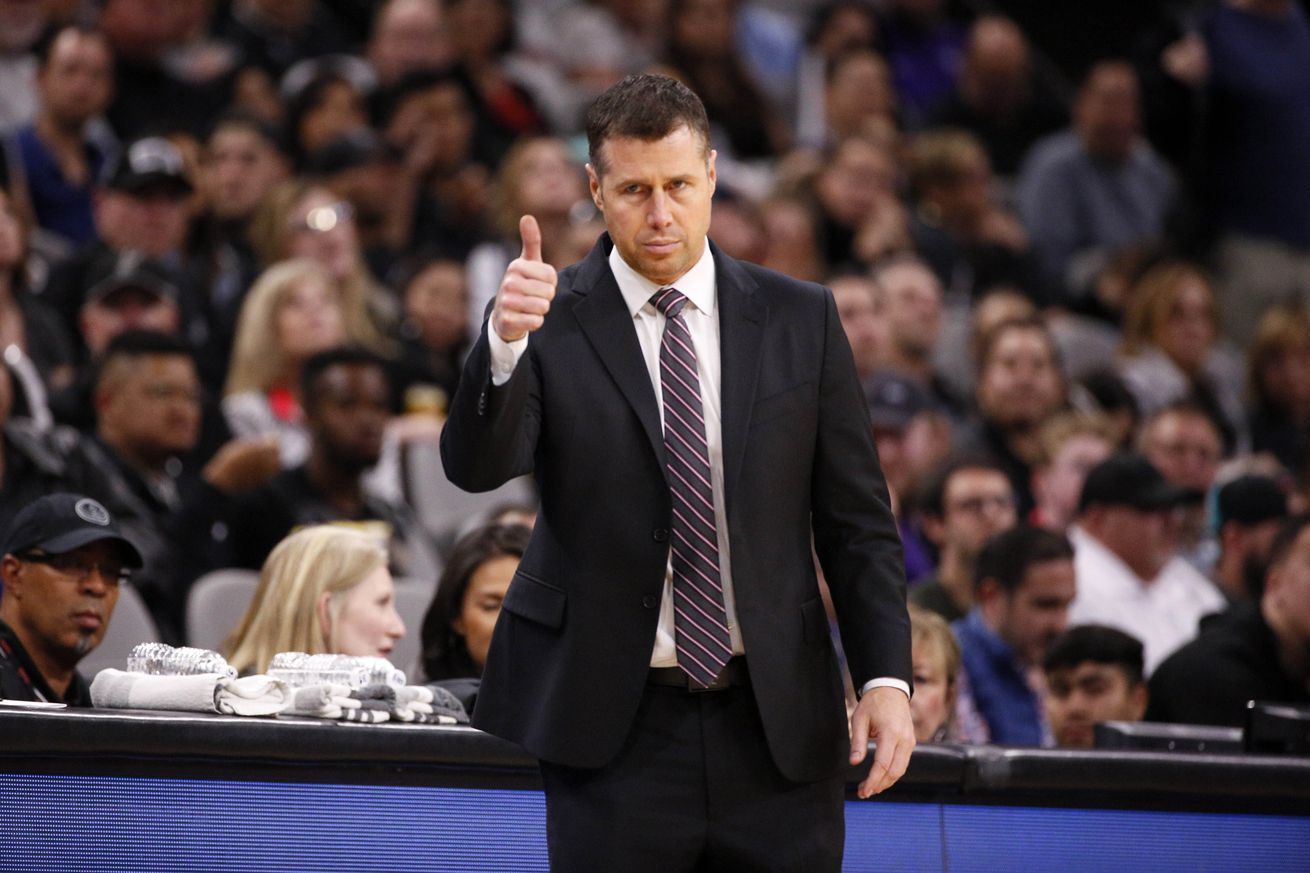 The Spurs went cold from deep and lost a close one at home to a Kings team they couldn’t solve all season long.

Against all odds, the song remains the same. Not the Spurs’ playoff streak — although that, too, was extended to an unthinkable 22 this weekend— or the numbing paroxysm that is “Sandstorm” by Darude — an AT&T Center game ops staple that blared through a second-quarter timeout, as it often does — but rather San Antonio’s season-long struggles against the Sacramento Kings, who remained a headache in their own right on Sunday by handing the Spurs a 113-106 home loss. It was the third and final meeting between the two teams, with the Kings sweeping the season series for the first time ever.

The 2018-19 Kings are what might happen if you had limited resources with which to build the ideal foil to these Spurs — they’re up-tempo and well-coached, spread the floor well, and have a combination of slippery guards and glass-crashing bigs that play to their strengths, which all played to the advantage of a team that came in as double-digit underdogs. Gregg Popovich, who earned his first ejection of the season on Sunday, had plenty of praise for the 9th-place visitors, coming in short-handed, on a 6th game in 9 nights and having recently been eliminated from playoff contention.

“It was a back to back for them, so they did a great job. They’re young guys, they’re talented, they wanna keep building for the future. They’re good people. They’re gonna come in and they’re gonna play.”

There may have been a point to Pop’s third-quarter outburst, a whirlwind of finger-pointing and choice words that quickly led to consecutive techs from official Tyler Ford. His grievances likely began on the offensive end the previous possession, with Derrick White being called for an off-ball offensive foul as the Kings’ De’Aaron Fox collided with him while trying to contest a Bryn Forbes corner three. The shot went in, but the call on White negated it. On the other end, the Kings were rewarded possession on the baseline after the ball appeared to clearly carom off a Sacramento player.

More often than not, the Spurs found themselves on the wrong side of the referees’ whistles on Sunday, which included getting doubled up on free-throw attempts, 28 to 14. Part of that may have been bad luck, but the Kings also did a great job of forcing the Spurs out of the paint and into more of a jump-shooting team than they’re comfortable being — a recipe for success (or trouble, depending on which side you’re on) that has colored many of the Spurs’ losses.

This was probably best exemplified in a three-possession stretch in the pivotal moments of the game, with the Spurs trading pull-up jumpers (two DeMar DeRozan fadeaways and a contested Patty Mills three-point attempt) with higher percentage looks from their adversary — two baskets in the paint and another attempt from Willie Cauley-Stein which led to a foul and free throws. The series saw a Spurs one-point lead at 106-105 turn into a 5-point deficit.

The Spurs may be the NBA’s top three-point shooting team, but they also haven’t fared well when upping the three-point volume. This loss put them at 13-18 when they attempt 27 or more from beyond the arc — a strange stat when you think of their proficiency, but one that makes sense when they come from opponents pushing SA off the block and out of their usual half-court sets.

Of course you can also simply make shots. The Spurs would’ve probably emerged with the W had they shot a bit better than 29.6% on those 27 attempts, something Pop spoke to afterwards:

“In this league you have to make the three… I think we shot less than 30 percent from three, and they were probably closer to 49 percent. That’s a big difference, which means your difference has gotta be perfect. I thought we weren’t really as active as we should’ve been — we weren’t as aggressive as we could’ve been defensively — so if that’s the case you better make your threes. And we didn’t, so that’s the ballgame.”

Aldridge scored 18 of his 27 points in the first quarter, cleaning up the offensive glass and hitting his usual jumpers anywhere between 15 and 19 1⁄2 feet from the basket. He made but 4 of his final 12 field-goal attempts, however.

Another quiet offensive night for White

Bryn Forbes with a complete game

Forbes was one of the better Spurs on the floor for much of the game, scoring 15 on 5-of-9 from the field while coming away with a number of loose balls and distributing the ball well. His assist to Patty Mills in the corner (one of 3 in the game) was both a great read and a tougher pass than we’re used to seeing from the undersize two-guard, as he received the ball from Mills, attacked a close-out and lofted it over the defense to his open teammate for a triple that brought the Spurs within one.

Clinging to 7th, for now

The Spurs could’ve done themselves some favors by winning on Sunday, but they at least benefited from a Dallas win over OKC, which kept the Spurs out of the cross-hairs of Golden State courtesy of a tie-breaker over the Thunder. The two teams move forward with the same record (44-33), and you can expect most parties on both sides to watch the standings, even if most won’t cop to it.