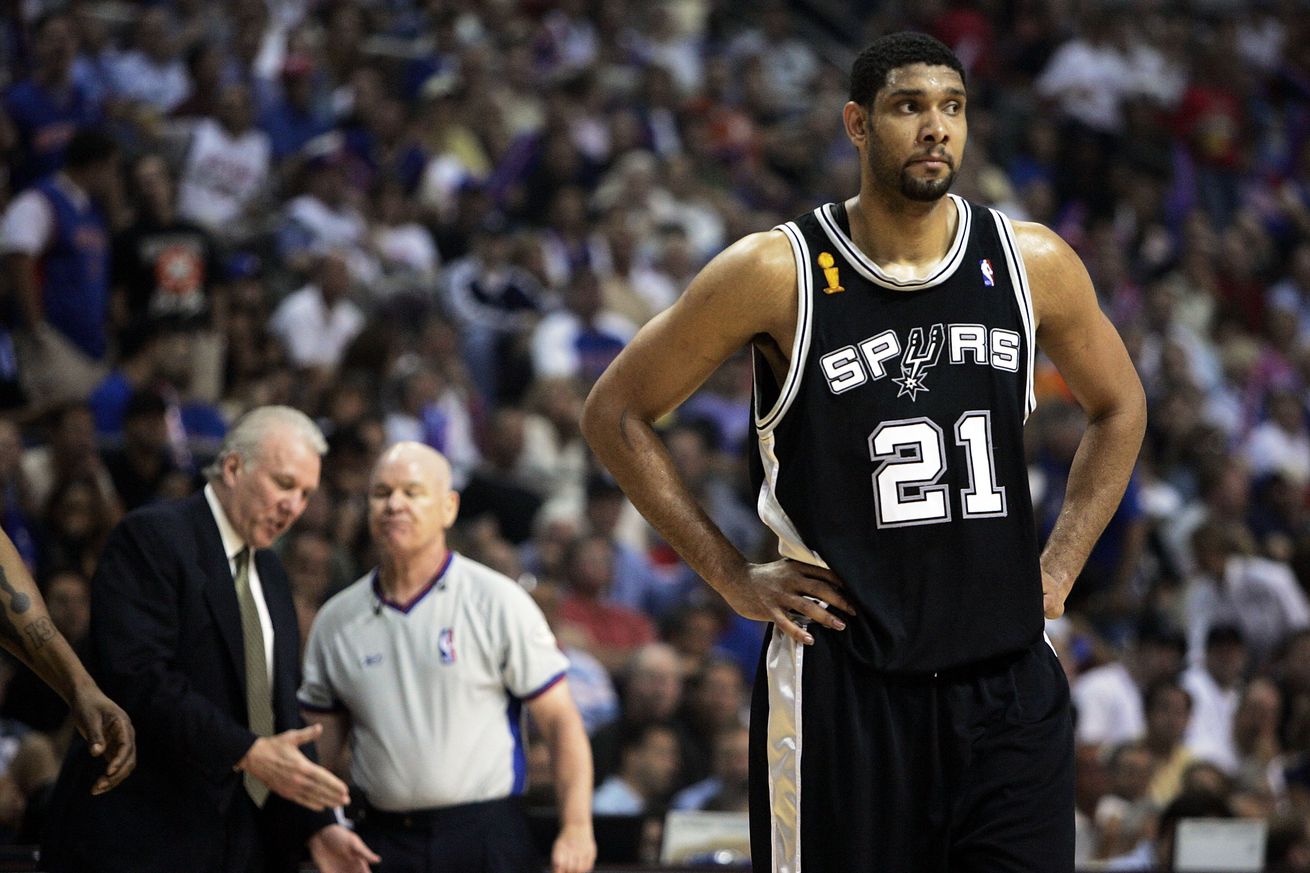 After Gregg Popovich’s quote as to whether he would continue coaching next season, it’s important to break down his retirement timeline.

First of all, predicting the 22-year leader’s exit is in the same realm of playing a round of “This Is The Season The Spurs Will Finally Miss The Playoffs”. It’s not a guarantee, but there are some consistent assurances.

One of my first memories was hearing Pop say that Tim Duncan would retire when he was ready and that he (Pop) might just go with him.

Then there was the promise to LaMarcus Aldridge that he would stay through the big man’s contract which takes us up to the end of this season.

Which makes the question of whether Pop will come back not totally out of left field. But in the middle of the season?

I understand asking once the postseason looks locked, or the last game has been played (even then I doubt Pop would give a straight answer), but we’re just over the halfway point.

The question that should perhaps be asked is “Pop, are you having fun?” Because the aspect of Gregg Popovich’s coaching consistent with his career is success…and fun.

He started his first season of the century without a member of the Big 3 on his bench. Add to that trading away one of the best players in the NBA (and attaching Danny Green) and it may have been enough for most coaches of this caliber to call it a career.

Except we’ve never had a coach of this caliber. Pop isn’t just the litmus test, he’s the bar. And right now the bar is still rising.

The Spurs head coach has taken seven new players into the new season. Before the first game tipped off, three players were sidelined. The Spurs 2017-18 leader was in a strange slump (remember that “when LaMarcus scores 20 or more…” debacle?).

Since the season has started two of the more senior players (Gasol and Gay) have missed key games due to injury. Although Derrick White is making the Spurs look amazing, he had to work his way into his current roll.

Pop took what looked like a ragtag bunch and created a formidable team. In all honesty, looking at the youth and athleticism of Derrick White, Jakob Poeltl, and Lonnie Walker IV, the 3-point abilities of Bryn Forbes and Davis Bertans, and the untapped potential of Chimezie Metu, there is a lot for which to be hopeful. Oh, and did we mention Dejounte Murray should return next season? Pop hasn’t had a full season to break Murray in as the starting point guard.

I will be so bold as to predict that while the Golden State Warriors age, brawl, ego inflate, and decline, the Spurs will be on the rise. I give it two more seasons before LaMarcus and DeMar kick in their late career best to make a final run at a title. At the same time, the younger group will have gelled into a machine. The Spurs should win a title by 2021.

And that is because of Pop.

I don’t think he’s going anywhere while this incarnation of his life’s work just beginning to sprout.

What do you think, Pounders?