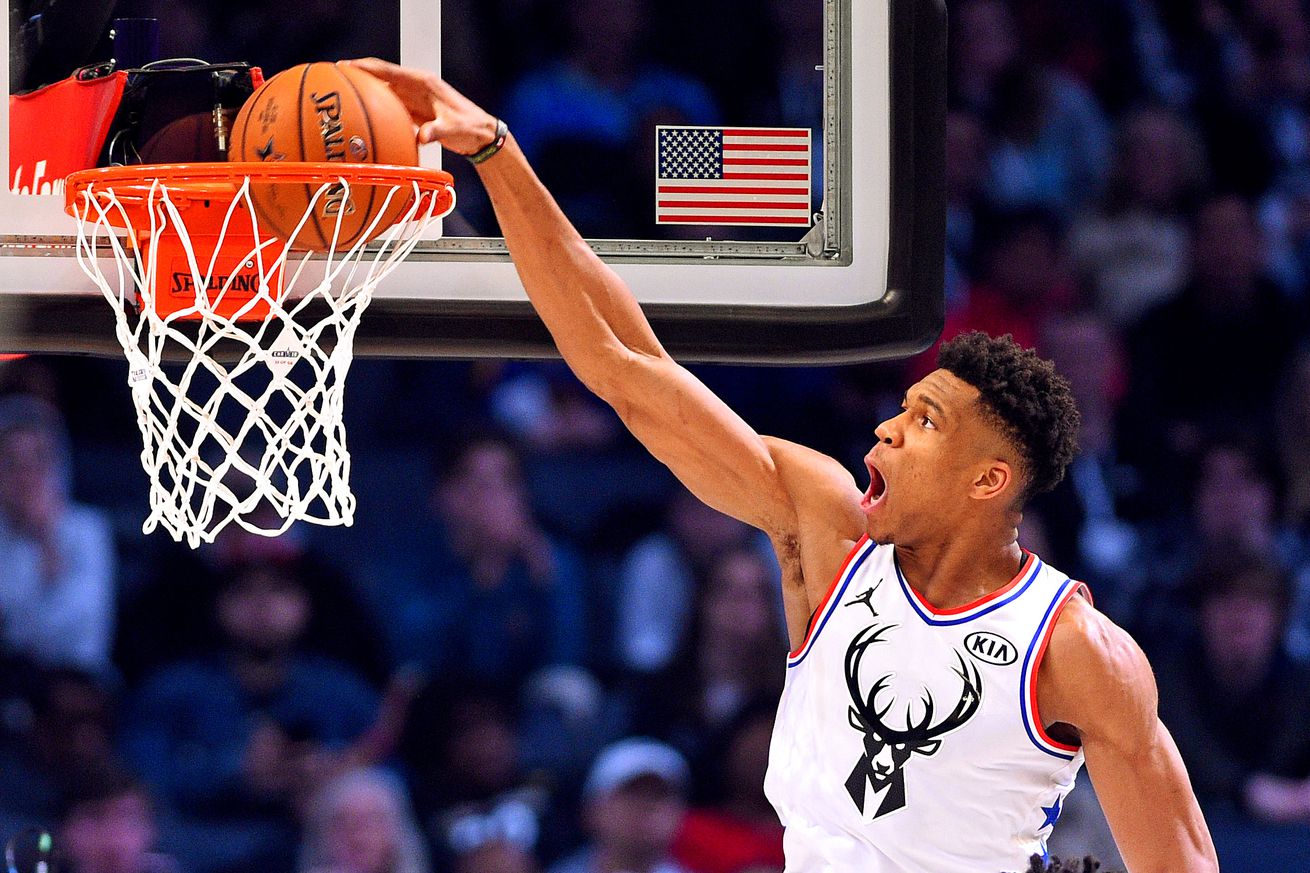 Nobody played defense for most of the game, but Team LeBron brought the energy late as they took over in the fourth quarter and erased a double digit deficit and won going away. Kevin Durant was the leading scorer for the winning team with 31 points, and Giannis Antetokounmpo scored 38 points in an losing effort for the team named after him.

Team LeBron made a little run at Team G midway through the quarter, but they pulled ahead late and led 95-82 at the half.

Team Giannis went cold in the third quarter when their namesake went to the bench, and Damian Lillard was red hot for Team Lebron, hitting deeeeeeeep threes to tie the game up late in the third. Team LeBron briefly took the lead late, but Team Giannis held on for a 131-130 lead after three.

Fans were treated to a three point shooting exhibition in the fourth quarter as players on both teams hit clutch shots and the score seesawed back and forth early in the quarter. But Team LeBron started to take over the game halfway through the quarter as defense began to make an appearance and team Giannis no longer had the wide-open shots they had enjoyed until then. Kevin Durant hit clutch shots for Team-L, while Steph Curry uncharactistically missed key shots for the Giannis’s. The Lebron’s finished on a 30-11 run to win 178-164.

. @TheJetOnTNT, did I just hear you make a Plastic Man reference? pic.twitter.com/Lg1BUj5v0h

Games that count return on January 21, and the Spurs play again on Friday night against the Raptors and LaMarcus Aldridge’s Team LeBron teammate, Kawhi Leonard.